This season, legwear is kicking it up a notch. 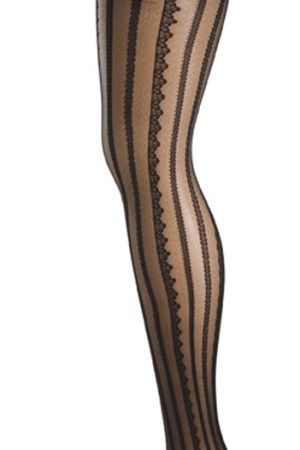 Legwear is kicking it up a notch.

After a few years in the doldrums, executives at legwear companies say sales of tights, leggings and sheers picked up dramatically this year, with increases of 10 percent or more.

A couple of factors are driving the category: First, there’s been a huge emphasis on the leg, short skirts, slits and asymmetric hemlines on fashion runways. Second, the recession has transformed legwear into an affordable indulgence, like buying a new lipstick. And, not forgetting the star quotient, legwear is flaunted by divas like Rihanna, Katy Perry, Ke$ha and Beyoncé, who performs wearing several pairs at a time to make her legs look smooth and buffed.

“The tight is no longer just an accessory, it is a garment unto itself,” said designer Emilio Cavallini. “Miniskirts expose so much of the leg that tights are an integral part of any outfit. Let’s face it, the leg makes up more than 30 percent of a head-to-toe look.”

“Ready-to-wear is really on our side,” said Cathleen Moxham, designer of Hanes legwear at Hanesbrands Inc., citing more sheers and ultrasheers, opaques, tights, patterns and texture. “A very feminine cycle continues into spring and the next two seasons. It’s all about looking very feminine, polished and pulled together.”