Lingerie and Beachwear Market in Upbeat Mood for Mode City

The Paris lingerie and beachwear show saw its first uptick in visitor numbers since 2011. 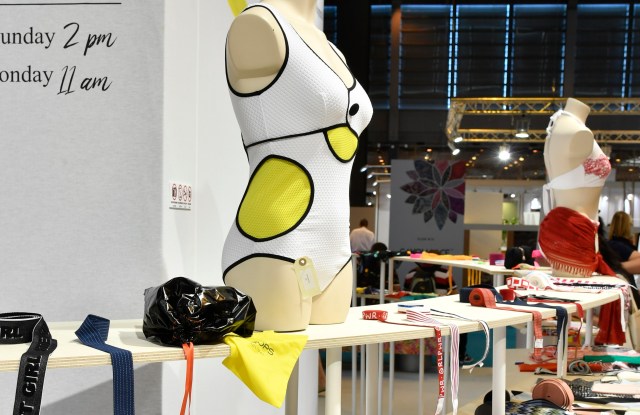 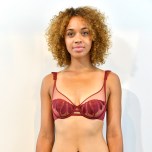 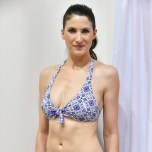 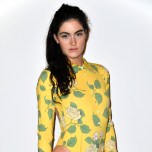 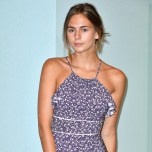 PARIS — The mood was resilient at the recent Mode City and Interfilière intimate apparel trade shows here, reversing several years of declines in visitor numbers. Exhibitors and visitors alike were in a positive state of mind, especially as concerns the growing beachwear and ath-leisure categories.

Visitor numbers at Mode City grew 18 percent, show organizer Eurovet said, without giving numbers, with 72 percent of traffic hailing from international markets. Visitor numbers for sister fabric fair Interfilière were not disclosed. The events took place at the Porte de Versailles exhibition center from July 8 to 11, returning to the French capital after moving temporarily to Lyon last year because of the UEFA Euro 2016 soccer final in Paris.

“Business is performing quite well,” said Lise Charmel managing director Olivier Piquet. “The weather has been good in Europe, which is boosting the swimwear market, and even the department stores have been seeing good growth. It’s giving the market a renewed energy,” he said. Lise Charmel was seeing strong demand for its plain swimsuits with cutout motifs and its exclusive tropical prints, Piquet said.

Caroline Laplace, buying manager for lingerie at Printemps, mirrored the positive sentiment. Beachwear, she said, “is performing very well. It has been a very strong season, making us want to develop new designer brands with a vibrant color proposition and great fitting.” Among the highlights, she cited Maison Lejaby’s relaunched swimwear offer, which debuted in the Exposed section of the show, for creative brands, with retail prices ranging from 110 to 140 euros, or $126 to $160. “The line has been completely renewed, giving it more coherence with the brand’s corsetry both in terms of colors and shapes,” said Laplace.

She also praised certain of France’s institutional lingerie brands for their renewed, more contemporary positioning. “Brands like Chantelle and [Simone] Pérèle are proving more seductive with their new, more contemporary approaches to communication,” she said.

Lingerie business in general, Laplace said, is stable, but she is hoping things will pick up in the fall with the addition of brands to the retailer’s offer that propose something different.

Among the trends, ruffles and frills as well as low-cut necklines were important in swimwear, as were strong graphic prints. In terms of color, blue, green and yellow permeated the offer. In lingerie, Laplace cited green and blue as strong colors for spring 2018, as well as transparency and the continued strength of bralets, rather than traditional corsetry.

Jennifer Cain, a buyer for U.K.-based fashion retailer Missguided, was looking for new brands, and praised designs from Freya and Mimi Holliday as highlights. “Business is storming, we’re massively up on last year,” she said. “Our budgets are up because we’re growing so rapidly.”

Katherine Salt, co-owner of Plums Lingerie in Jersey, Channel Islands, said the retailer’s business was also good. “We’ve doubled out online sales this year, we’ve been very aggressive about online,” she said. Among her favorite collections, Salt highlighted Lise Charmel’s swimwear. “Lise Charmel was much stronger this year than last. We’re fond of their tropical prints, but we’ve also bought their plains for the first time.”

Simone Pérèle USA general manager Louise Schultz reiterated the positive sentiment, saying the market was performing well for the brand stateside. “We ended the spring season with an increase, although the first two months [of the year] were tough in all channels, even dot-com,” she said. “But we launched new collections for spring that are fashionable and risk-free, and the U.S. customer is now feeling more confident,” she explained. Schultz has high hopes for new permanent range Java, with its tattoolike motifs, in the U.S., for spring 2018, she said. Among other novelties, the Nomade line in burgundy with appliqué motifs was a standout.

Chantelle continued to demonstrate its new, more modern image, with less of a focus on its technical expertise and more on fashion-led collections. Highlights included the casual lace “Batignolles” theme, available in a pale aqua shade as well as nude and black, as well as swimwear in a range of tie-dye, mosaic and kaleidoscope prints inspired by Ibiza.

Wacoal, meanwhile, was seeing strong demand for its “Sexy Shaping” offer, which combines shapewear technology with design elements like tulle to give a more refined look than traditional shapewear. “It’s been the major success of the show,” said Wacoal Europe marketing and communications manager Sophie Knis. Other highlights at the company’s stand included Far West-inspired swimwear designs from Freya.

Italian designer Raffaela D’Angelo took home Mode City’s designer of the year award for the beachwear category, and was showcasing a spring collection focused on vivid yellow or white mix-and-match swim and leisure wear items featuring guipure and embroideries, with retail prices ranging from 150 to 200 euros, or $172 to $229, for a swimsuit and between 150 and 400 euros, or $172 and $458, for a dress. The 10-year-old label is focused on growing its business in the U.S., and hopes to enter department stores there soon. “The U.S. customer really appreciates our made in Italy offer,” said D’Angelo.

Other standouts at Mode City included Noblesse Oblige, now in its fourth season, with its offer of quirky, vintage-inspired swimwear and lingerie, and Esquisse Paris, whose eco-friendly, made in France basics are given a twist with soft, watercolor-style prints exclusively developed for the brand.

Mode City’s Sportiv section, focused on the ath-leisure trend, presented 16 brands, and buyers praised the more feminine selection on show for sportswear designs and fabrics both at Mode Coty and Interfilière. Among labels within the Sportiv area, Danish newcomer Offbeatmode, launched last year, focused on Japanese-inspired prints in muted tones for its leggings and crop tops, priced on average at 90 euros, or $103, at retail.

Interfilière’s focus for its fall 2018 edition was on printing, and the show also featured the Tomorrow section, focused on innovation, in which design schools and startups showcased their developments.

Among the highlights, Invista presented its Lycra Bra Fabric Finder solution, a response to the growing trend for more casual bras, to help brands to find the most suitable fabrics to offer the best combination of support, shape and comfort for their developments. “In the U.S., 25 percent of the bra market is sports bras,” explained Melissa Minihan, vice president of marketing for intimate apparel at Invista.

The casual bra market in the U.S. is growing at around 20 percent per year, she said, and it is anticipated that the segment will represent 60 percent of U.S. sales by 2021. “With casual bras, the fabric is fundamental, it’s all you have,” she said. “Women who are normal breast size say they can’t wear bralets, they need [better] support. We want to change that.”

Chinese company Gayou Lace, meanwhile, which works with companies like Victoria’s Secret and Marks & Spencer, demonstrated its painted lace technology, on which a special printer can pick out design elements from the lace and print different colors on each part of the pattern.