After catching the eye of Victoria’s Secret, French lingerie brand Livy has big plans for its international expansion.

PARIS — French women are taking over the business world.

Lisa Chavy, founder of lingerie brand Livy, is the latest French entrepreneur to have captured the attention of an international audience, following the footsteps of Sézane’s Morgane Sézalory and Caudalie’s Mathilde Thomas.

“France is trending right now,” mused the lingerie designer over patisseries at a Parisian hotel, dispelling the myth of the French girl’s tiny appetite.

“It seems like as soon as a French woman steps up and does something different, people get on board,” she continued. “The weird thing is, you don’t really see that in fashion. Look at LVMH: not one of its fashion houses is helmed by a French woman.”

After 12 years designing for Millennial-friendly underwear brand Undiz, Chavy, who is 38, decided in 2017 to launch her own brand to fill a gap she had identified within the French market.

“The French scene is currently filled with mid-market, affordable luxury ready-to-wear brands, such as the SMCP labels (Sandro, Maje and Claudie Pierlot), who cater the 30-year-old woman with a bit of spending power,” Chavy said. “But where does this woman go to buy her lingerie? We saw this as the perfect opportunity to bring the luxury experience to an affordable product.” 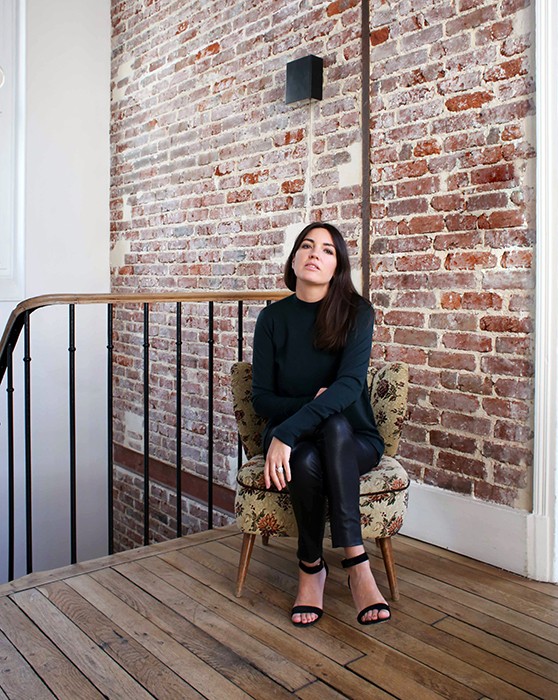 Livy, a contraction of the designer’s first and last names, was designed to be a compromise between mass-market underwear brands and luxury labels such as La Perla and Agent Provocateur: a matching pair of bra and panties, designed by the Livy studio in the chic Parisian suburb of Boulogne, retails at 140 euros, or $154.

Chavy cofounded the brand with Laurent Milchior, one of the three managers spearheading Etam Groupe, which owns Etam and Undiz. Entrepreneur Dan Arrouas, who has invested in mid-market French brands such as Eleven Paris and Ba&sh, is also part of the team.

“It was great to be associated with an industry specialist: Laurent helped a lot with the digital, logistics and services sides, while Dan has a real expertise in accessible luxury retail,” Chavy said. “I felt reassured to have two entrepreneurs believe in the project — they both literally invested in a blank page.”

A little over a year after its creation, a third apparel specialist fell for Livy’s French girl chic: Les Wexler, chief executive officer of Victoria’s Secret parent company L Brands. The executive tapped Livy for two in-houses boutiques, one in New York City’s flagship along Fifth Avenue and the other in London’s New Bond Street store, which debuted in February. Livy pieces were also sold on the Victoria’s Secret web site.

“Partnering with Victoria’s Secret really enabled us to reach a more international audience,” said Chavy, whose main market for Livy remains France. “Half of our social media followers are international, which is surprising for a French label. I’m proud of what we’ve managed to build in two years: We’re a niche French brand that is also sold in the U.S.”

New projects with Victoria’s Secret might be in the works, but for the moment the designer is focusing on making Livy international: by 2024, Chavy hopes that international sales will represent 50 percent of total revenue. 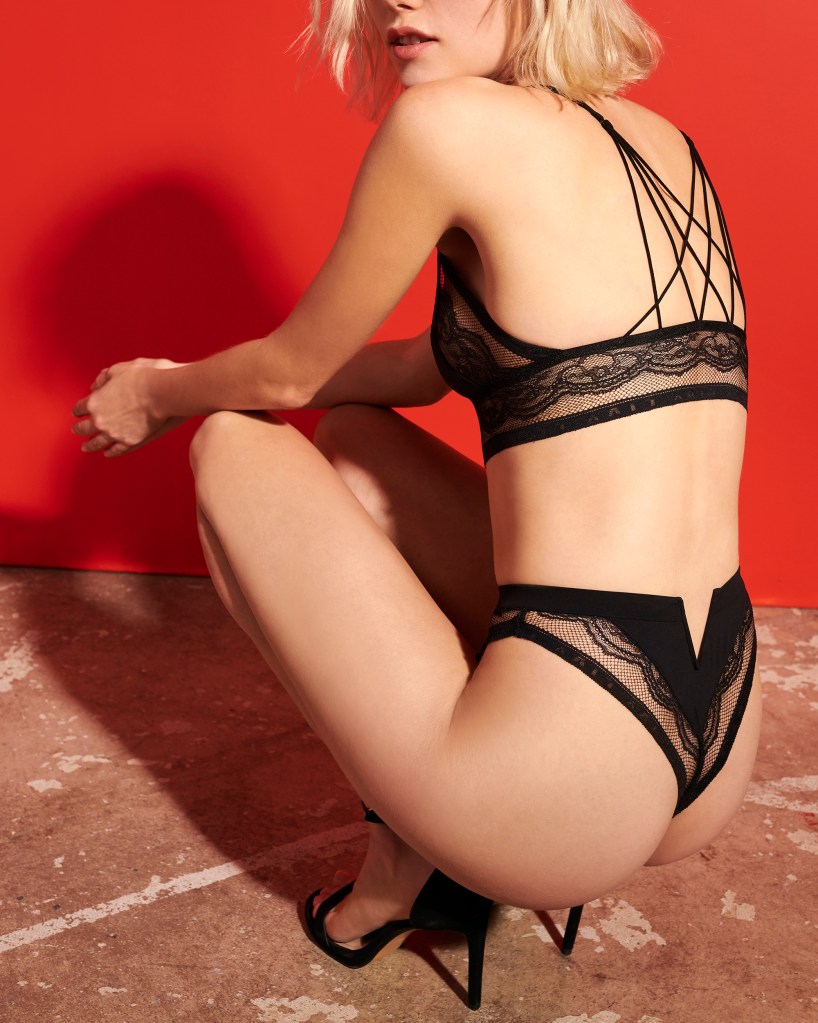 For the time being, Chavy is focusing on staying up-to-date with her clients’ needs. “The reason a lot of historical French lingerie brands are currently struggling is that they don’t have a fashion component,” she explained.

“Initially lingerie was a functional product that had to carry the bust, but today things have changed. I have 15 years of expertise in the lingerie industry, so I want Livy to be both a corsetier that caters to 15 different sizes, but also a fashion product on the same level as jewelry or accessories.”

Chavy learnt her trade at the Société Internationale de la Lingerie, or International Lingerie Society in English, a company that produced designer underwear under license for brands such as Kenzo, Christian Lacroix, Dior and Cacharel.

“I arrived at the moment when John Galliano started to focus on lingerie for Dior,” remembered the designer. “He showed us the mood boards, atmospheres and colors he used for his runway collections, but we were given complete freedom. That’s when we started to really experiment with lingerie.”

Livy is made up of three lines, named Paris, New York and Los Angeles. Each has its own identity — Paris being seductive, New York innovation-driven and Los Angeles relaxed. Eighty percent of the pieces are made in China, most of them with French materials such as Leavers lace, and the remaining 20 percent come out of factories based in Morocco and Tunisia. The brand’s best-selling models are its transparent tulle triangle bras, but more out-there pieces such as a black lace bra with a huge embroidered tiger on its back also perform well.

“Comfort is no longer an option today: women simply won’t wear underwear that is uncomfortable,” Chavy said. “There is a lot of innovation in our products — a lot of them are seamless, made with soft materials and a comfortable elastic — but if you take a piece of Leavers lace, it’s very fine and rigid, you can’t machine wash it and its edges are frayed. To take this gorgeous material produced on 19th-century machine and add it to a seamless and elastic-free item — that’s what I’m interested in.”