‘Magic’ on the Runway in Times Square

A crush of curious tourists and New Yorkers were treated to a retro Miami Beach-inspired fashion show that brought Little Havana to Manhattan. 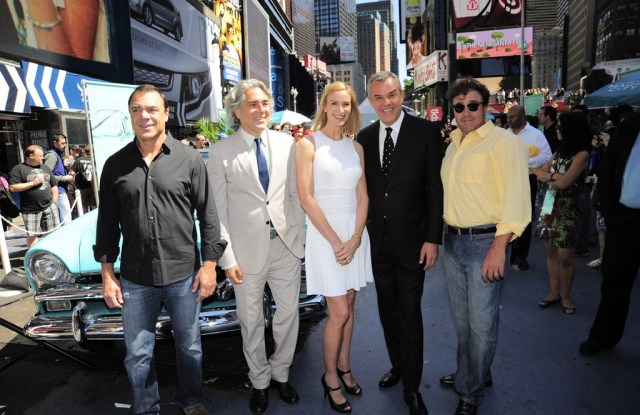 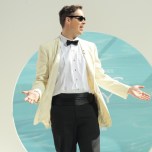 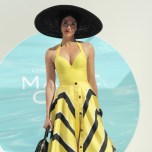 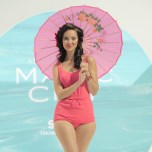 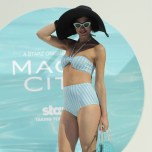 NEW YORK — A crush of curious tourists and New Yorkers were treated to an unusual scene in Times Square on Wednesday: a retro Miami Beach-inspired fashion show that brought Little Havana to Manhattan.

The surreal setting of beach umbrellas, cabanas and fan palms surrounded by jumbo screen ads for Coca-Cola, Hyundai and a giant news feed from CNN was a prelude to the second season of Starz’s “Magic City” TV series, which begins Friday. The fictional drama series takes place in Miami’s top resort hotel, the Miramar Playa, where mobsters, CIA and FBI agents and entertainers like Frank Sinatra rub elbows.

On hand to greet the crowd of spectators, who were wildly tweeting and taking iPhone photos, were Mitch Glazer, writer-director-producer of the series, with his real-life wife Kelly Lynch, who plays Meg Bannock, a sophisticated heiress with a stake in the Miramar Playa; Danny Huston (Ben Diamond, nicknamed “The Butcher”); Michael Rispoli (Bel Jaffe, a wise guy bookie), and John Cenatiempo (Vincent Lamb, an authority figure).

The runway show featured vintage-looking swimwear and related beachwear items designed by the show’s costume designer, Carol Ramsey. A main focus was maillots and two-piece sets with sweetheart and bateau necklines and boy-cut bottoms, some of which featured the look of a girdle. There were also monokinis with fishnet insets, and skimpy bikinis — a scandalous item in 1959. Ramsey gave her vintage presentation a contemporary twist by featuring a couple of nautical-striped two-piece suits by Marc Jacobs and American Apparel.

“The period [1959] was so elegant and very glam. My challenge is to make these period pieces for contemporary eyes.…It was also about accessories.…Everything was accessorized and the belts had to match the shoes and handbag. Swimmers in Miami wore whole outfits poolside, and it wasn’t to go swimming in,” she said.

Glazer — who grew up in Miami and as a teen actually sat in a booth at a local diner next to Meyer Lansky — said the show’s newest character, Sy Berman, played by James Caan, will add “ a lot of excitement” to the story lines.

“The show will take us to Cuba and Chicago, and other places, and Meg becomes closer with the family,” said Glazer. He would not elaborate.

Lynch did give a clue about what to expect from Meg, saying, “She’s becoming independent. Meg is an heiress, she’s a free agent in the world and is not looking for security from a man. She’s a cross between Grace Kelly, Babe Paley and Dina Merrill, and this season she’s wearing a bright red shirt, a beautiful khaki skirt — not white. Red is a reflection of her independence.”