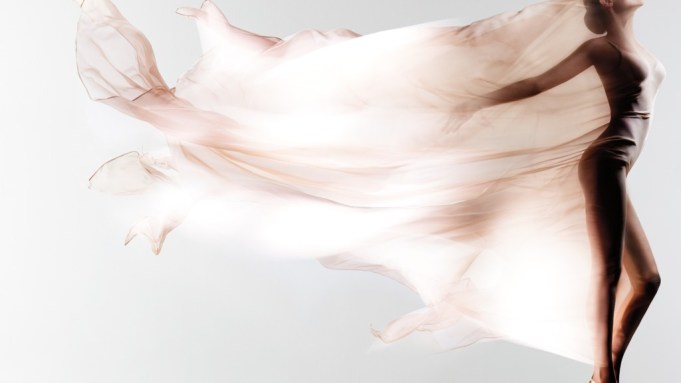 Maidenform is getting a face-lift.

The $600 million intimate apparel company is celebrating its 90th anniversary with a brand image and product transformation that will kick off with its new Comfort Devotion campaign.

The fourth-quarter launch of Comfort Devotion bras and shapewear — which will feature special treatments such as “cloud” foam cups, smoothing wings and leotard backs, and ultrasoft brushed fabrics — will precede the launch of two new product categories in 2013: hosiery and activewear with shaping benefits.

“What’s interesting is people just assume that we also do hosiery, sports bras and activewear.…The timing is great and we will have a total bodywear brand. The addition of activewear and hosiery nicely rounds out the Maidenform brand into adjacent categories and will build incremental growth,” said Reznik. “Devotion Comfort will be our biggest launch since One Fabulous Fit, and all of our major clients will be part of it.”

Details were not yet available about the new product introductions, but Reznik said this will be the first time Maidenform will be entering the activewear arena. The line, which will be designed and developed in-house by Maidenform, will feature fitness apparel, lifestyle separates and sports bras. A hosiery collection by Maidenform will be produced under license by Sculptz and will feature basic as well as fashion legwear.

Regarding hosiery, Maidenform president Malcolm Robinson said the category has strong potential to become a key business at Maidenform.

“We know the hosiery market is energizing and retailers are dedicating more space to hosiery. It’s an opportunity and presenting it in a very sexy manner will take us out of the drugstore L’eggs environment of yesteryear hosiery,” said Robinson.

Meanwhile, Robinson outlined the foundation of Maidenform’s new lifestyle and product strategy in a format of five “pillars:”

• Body, which will be dedicated to bras and underwear.

• Soul, a daywear and hosiery segment.

• Energy, which will focus on active apparel and sports bras.

• Love, which will represent a group of themed, high fashion intimates every six months.

The wording of the product architecture will appear in signage and point-of-sale materials in Maidenform in-store shops at major stores.

The Maidenform logo has also received a redo in a more modern version that resembles the seductive curve of a decolletage.

Describing the fresh look of the ad campaign for Comfort Devotion, Robinson said the idea was to portray women in an ethereal yet seductive environment outside of the boudoir.

“It’s a very sexy, sensual representation of women but it has a little more intellect than the rhinestone runway because it’s not just aimed at Gen Y but also Gen X and boomers….How do you visually express the concept? Nothing is more comfortable than skinny dipping or floating in air,” said Robinson.

The campaign — which features a model wearing Maidenform bras and coordinating undies in cool shades of pastel that match swirling clouds of sheer chiffon — was created by Maidenform’s creative director Susan Ferenczi and photographed by Benjamin Lennox. The model is Tania Onishchenko.

Social media will also be a big part of the campaign but Maidenform will be taking it up a notch with a partnership with Aurasma, a free app that lets consumers create and share virtual content. Instead of capturing a bar code or encrypted number, shoppers can capture virtual recognition on their mobile devices by clicking on an Aurasmus icon and an image comes to life.

Lucille DeHart, Maidenform’s chief marketing officer, said the initiative with Aurasma will be game changer on the selling floor.

“It’s audio-visual with 3-D imagery and a Maidenform model can walk around and even talk to the consumer….We’re really excited about this because we’ll be able to see brand integration and how the consumer shops,” said DeHart.