There already may be a lot of controversy surrounding the Summer Olympics here in August, but Nike insists it's staying focused on the Games. 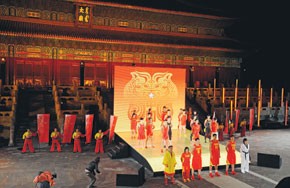 BEIJING — There already may be a lot of controversy surrounding the Summer Olympics here in August, but Nike insists it’s staying focused on the Games.

Mark Parker, Nike Inc.’s president and chief executive, told WWD here that he believes China’s Olympics will still generate global excitement about international sports and about the country, and that boycott efforts won’t have much impact on the event.

“Our fixation is on the athlete,” said Parker. “We look at the Olympics as a platform for human performance.”

Parker said he was not surprised by the current furor over the Games because political debate always follows high-profile global events. China has been under intense fire for its handling of March uprisings in Tibet and other human-rights issues, like the jailing of journalists and activists ahead of the Games. Its critics have called for international boycotts of the opening ceremony of the Games and of Olympic sponsors.

Nike has a lot riding on the Games, both in China and elsewhere in the world. Major athletic events such as the Olympics are significant revenue drivers for active brands, and Parker said China is Nike’s second-largest market after the U.S. Nike also is outfitting the majority of Chinese teams at the Olympics.

The ceo also spoke to trouble spots in the Chinese economy, saying that although issues like inflation and rising labor costs in manufacturing areas are cause for concern, both for production and retail, Nike remains excited about and committed to China.

China’s inflation has risen at record levels this year, clocking in at 8.5 percent in April over last year. Meanwhile, a new labor law on Jan. 1, along with higher wages and raw materials costs, have driven up manufacturing prices and driven out many smaller textile and apparel companies. One industry group said as many as 1,000 of the 5,000 shoe factories in the Pearl River Delta have shut down in recent months and moved either to the interior of China or to other countries like Vietnam, where costs remain lower.

Parker said Nike is keeping an eye on inflation, but the company has traditionally been somewhat buffered from the effects of inflation on consumer patterns. The activewear giant has no plans to move large portions of its production out of China, he added, noting Nike is implementing production efficiency measures to save on costs. Streamlining has worked, he said.

“It’s allowed us to keep the gross margins in check and not compromise the product,” said Parker.

Nike is continuing its warp-speed retail expansion in China, with two to three stores opening every day here, Parker said. The company already has retail outlets in 300 Chinese cities and a strong following, in large part built by targeting brand-conscious and creative Chinese youth. Parker said he believes the brand will continue to grow here at a rapid pace and be helped along by its affiliation with China’s athletes.

“There’s a strong passion for sports in China,” said Parker. “The Olympics will be like gasoline on the fire, igniting that passion.”

Parker said the unveiling of both the team uniforms and new Nike Sportswear line in the Chinese capital illustrates the importance of China as a market and a producer to Nike. He noted that China is Nike’s second-largest market, after the United States, and the company produces 35 percent of its footwear here.

Parker and other senior Nike executives were in Beijing for the unveiling of the team uniforms for 22 Chinese sports federations for the Games. The event took place against the dramatic backdrop of Beijing’s Forbidden City at dusk and was ushered in with a tightly choreographed show by martial artists and traditional drummers.

The uniform designs, created by Nike for all but six of the country’s athletic teams taking part in the first Olympics to be held in China, step beyond basic red and yellow of the past, incorporating two graphics in the mix. One design includes select written characters from the Chinese national anthem; the other is an artistic graphic modeled on ancient symbols found in the famed tomb of the Terracotta Warriors in Xi’an.

Company officials said the uniforms, including stylized versions of the Nike Swift Suit, represent an intensive collaboration with Chinese athletes to design high-performance wear that shows off their national heritage during the country’s proud moment in the global spotlight.

“We work with athletes to elevate their performances and help them realize their potential,” Parker told the crowd of about 500 gathered for the show at the Taimiao temple on Monday, precisely 88 days before the Games begin. For performance, Parker said, the uniforms designed for China’s athletes are among the lightest weight and most creative the company has produced.

“This is some of the best work we’ve ever done,” said Parker. “From BMX to track and field, athletes like [champion hurdler] Liu Xiang inspire us to create our best and most innovative product.”

Nike will outfit most Chinese competitors during these Games, but homegrown sportswear companies have maintained a lock on designing the uniforms for six sporting federations, including high-profile teams like the soccer and Ping-Pong squads. Still, the American sportswear giant will be the primary outfitter for China’s players at the Beijing Games, providing uniforms for the Chinese basketball team, swim teams, cyclists and track and field competitors, among others.

In a parallel exhibit to the new team uniforms, the company also showcased its new Nike Sportswear line this week in Beijing. The product line, which incorporates several references to the Chinese Olympics, was unveiled with an ongoing multimedia exhibit in Cable 8, a renovated former electronics factory in the capital’s business district. The installation was designed by acclaimed American artist Robert Wilson, who attended both events.

The line incorporates multiple use of the number eight, considered fortuitous in Chinese culture.

“We’re focusing our products by blending out sports heritage with new design innovation for consumers,” said Trevor Edwards, vice president for brand and category management. “It’s a huge opportunity for us.”