A new apparel and sneaker line called Hu is meant to celebrate human diversity and break down color barriers. 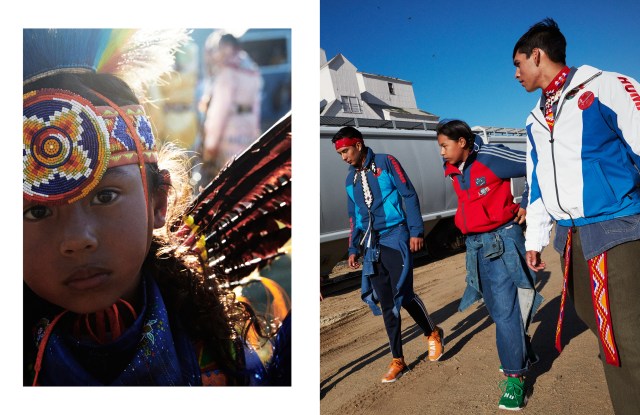 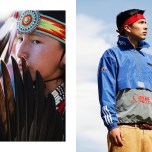 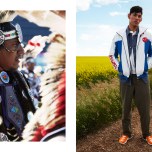 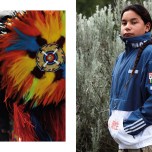 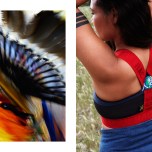 PARIS — Fashion has its Pantone chart and Pharrell Williams has Hu — a new fashion project with Adidas Originals that aims to chip away at color barriers by exalting human diversity.

“Hu is about the recognition and celebration of different colors, spirituality and cultures,” the musician and fashion entrepreneur said in an interview. “I think the point is to highlight the differences so people can realize that despite all those differences, we are all basically the same.”

Williams introduced Hu — short for human and pronounced like the word hue — last July with limited-edition Adidas NMD sneakers that set social media alight because of their rarity, celebrity affiliation, bright colors and an unusual lacing system that winds through the shoe’s cage.

Now he’s layered on a 14-piece apparel collection and five new variations of the shoes — in colors like tangerine and bearing words such as “Human Being.”

It comes in tandem with an online campaign spotlighting MHA Nation, which stands for the Mandan, Hidatsa and Arikara tribes. Young members of this community of Native Americans in North Dakota donned the clothes, and its leaders chose to also show off ceremonial garb loaded with feathers and colorful beading.

“It’s a platform for them to tell their stories,” said Williams, who plans to showcase a different community with each subsequent drop of Hu.

“Our goal is to tell many different stories,” he explained. “As society evolves, we realize the blend of cultures is an enriching thing. We are learning that we can celebrate our differences and not let them divide us.”

The same can be said of food. “Think about chocolate and peanut butter. When they slammed them together, it made an explosion. That’s something that couldn’t have happened with chocolate alone or peanut butter alone,” he said. “It’s such a cool phenomenon.”

He started collaborating with Adidas Originals in 2014, with its creative director Nic Galway lauding their shared values. “He’s all about positivity. He’s about connecting people and he’s about inclusivity,” Galway told WWD earlier this year.

Through Hu, Williams is encouraging people to improve themselves “mind, body and soul. Shine inside out, that’s what we’re about.”

“Human race” — in French, English and Japanese — is among slogans that appear on sweatshirts, windbreakers and track pants, expressing the musician’s wish to promote a spirit of equality, coexistence and understanding.

Not that he wishes Hu to be heavy-handed. Instead, he wants to “offer some cool clothes, and an interesting story behind it.”

“Native Americans have gone through so much and continue to go through so much,” he said. “I got to see how resilient they are. I got to see the dignity they maintained despite the land that was taken from them, the deals that were reneged on.”

The collection is to drop on Thursday at Adidas concept stores in Paris and Berlin, known as No. 74 and No. 42, respectively, at Adidas Original stores, on the Adidas web site and at the London, New York and Tokyo stores of Billionaire Boys Club, one of Williams’ original fashion ventures, founded with A Bathing Ape’s Nigo in 2005.

The online campaign comprises a short documentary, still images and mixed layouts that will trickle out on the digital and social media channels of Adidas and Pharrell Williams, along with in-store exposure in Adidas Originals locations.

Williams has been actively working on collaborations since 2004, when he teamed with Reebok on a collection. He also has partnered with Louis Vuitton on jewelry and eyewear, Moynat on leather items, Moncler on a capsule collection, a lineup for Uniqlo, Timberland on boots, Comme des Garçons on a fragrance and footwear for Adidas.

He let slip he would probably make an appearance at Paris Fashion Week, which begins Tuesday for a nine-day run.