British-based lingerie brand Playful Promises is turning 15 and transgender model and actress Leyna Bloom is celebrating as the face of the anniversary collection.

“I love lingerie,” Bloom told WWD. “I love the idea of playing a fantasy and getting into this idea of finding your own feminine wiles.”

The limited-edition collection — which is comprised of three styles and lands online at PlayfulPromises.com, as well as a few wholesale partners on June 18 — includes bras, panties and bodysuits with black lace, plunging necklines, garter belts, sparkles and lots of sheer fabric.

The collection ranges in price from $37 to $70 and come in 80 bra sizes. Bloom was drawn to the off-white bodysuit covered in embroidered flower patterns sprinkled with touches of shiny sequins.

“My boyfriend loves it, too,” she said. 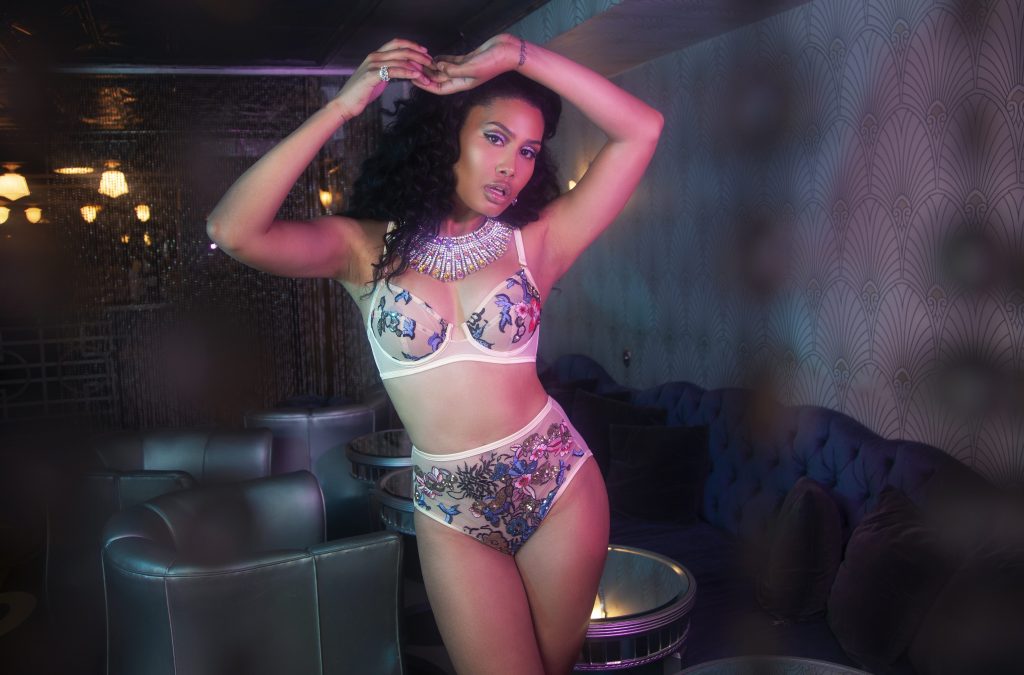 But it’s not just her fan status that made her want to work with the ultra-sexy brand. The model and actress — she recently became the first transwoman of color to star in a film at Cannes — also loves what Playful Promises stands for.

“Before it was a trend to be unique and to be different, Playful Promises was already celebrating women in all their shapes and sizes, colors and creeds,” Bloom said. She added that other brands “are literally playing copycat. They’re trying to get their money up.”

It’s no surprise that a number of retailers and fashion brands have tried to capitalize off the current political mood. These days seemingly everyone is shouting their gay-friendly politics to anyone who will listen. Target, Nike, Under Armour, Ralph Lauren, DKNY and sock company Bombas, are just some of the brands that have highlighted LGBTQ rights in their marketing or have Pride collections. Some makeup companies, too, like MAC Cosmetics and Lush.

Here at PINK, we’re proud to celebrate our LGBTQ associates & customers that make an impact in their communities. Inclusion makes us stronger and we’re committed to giving everyone a voice. We’ll be sharing Pride stories from associates, Campus Reps and PINK fans all month long! pic.twitter.com/zJsh2MwuGK

On the other hand, Playful Promises, Bloom said, is the real deal.

In fact, this isn’t the first time the brand, which also makes swimwear, has cast a trans or nonbinary model. Emma Parker, founder and chief executive officer of Playful Promises, said the company works with a variety of models. Last February, it cast transmodel Dani St. James for the Valentine’s Day collection. Campaigns have also included plus-size models like Hunter McGrady and Gabi Fresh.

“At some point in the future, hopefully, it won’t even be relevant whether they’re trans or not,” Parker said. “It’ll just be a model.

“A lot of fashion is about making people, particularly women, feel inadequate, and therefore they need to buy things,” Parker added. “You know the Nineties, and all those push-up bras, it was all like, basically your tits aren’t right. You need a bra to make them right. For us, everyone is just fine the way they are. That’s kind of our outlook or philosophy.” 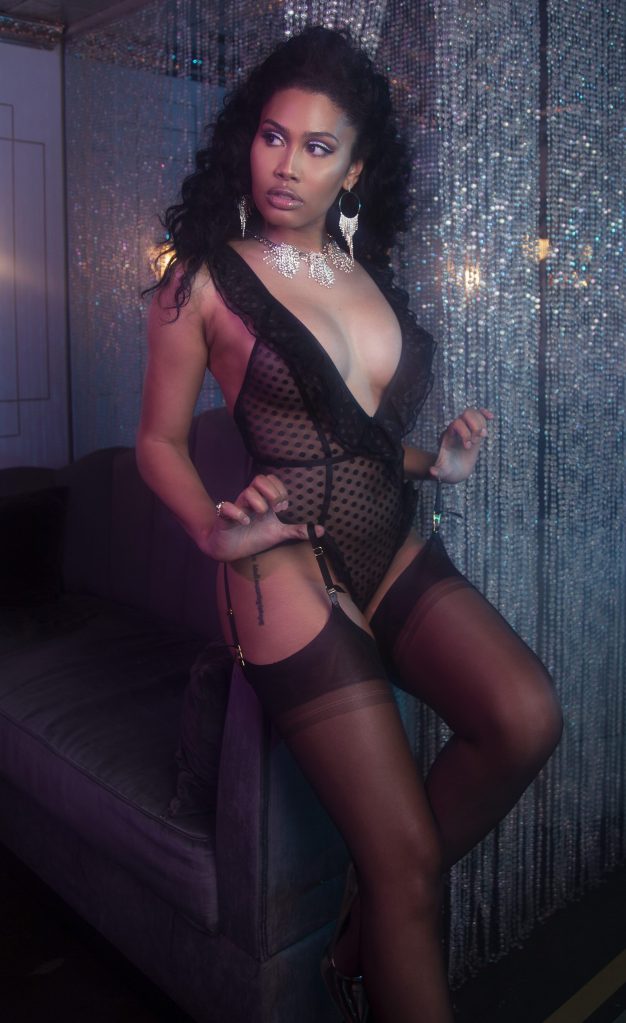 Parker also pointed out that the new collection is not a Pride collection, but rather an anniversary collection.

“It’s almost like we don’t want to do anything special for Pride, because we’re always open and inclusive,” Parker said. “We’re also very sex-worker positive. We don’t just do it during Pride.”

Even so, Bloom said she’ll be celebrating Pride and is excited about Playful Promises’ new collection — regardless of the timing of the launch.

“I think the universe just put it all together and it all happened so beautifully,” she said. “I was so happy that this brand wants to use me as the face of what they stand for.”