Frost has a number of projects on the go, including directing her first feature-length documentary, about Mary Quant.

LONDON — The multitasking Sadie Frost is back in the design arena with a collection of luxury yoga clothing that comes with its own crystals, inspirational messages and a calming color scheme inspired by the seven chakras.

Called Frost, the line will launch at Selfridges and on frost-body.com in June. In addition to yogawear, it features hoodies with detachable masks, cycling shorts, lightweight jackets and roomy tracksuit bottoms, all made from sustainable fabrics that Frost has tested herself.

Frost, an actress, filmmaker and mother of four, has been a yogi for decades. “I’ve been doing it for as long as I’ve been brushing my teeth,” she said in an interview, and has been teaching classes during lockdown on Instagram and YouTube, with programs called “Yin&Tonic,” and “Bed Bugs.”

She said her designing impulse is still very much alive, and she was keen to create a collection of clothing that was “healing, holistic and doing something. Clothing was something I couldn’t just let go. I really have the drive to continue doing it,” she said.

Frost dipped into the clothing business in 1999 with FrostFrench, a fashion collection she designed with her friend Jemima French. It showed during London Fashion Week, had its own stores and sold at places including Barneys New York, Scoop and Fred Segal in the early- to mid-Aughts. 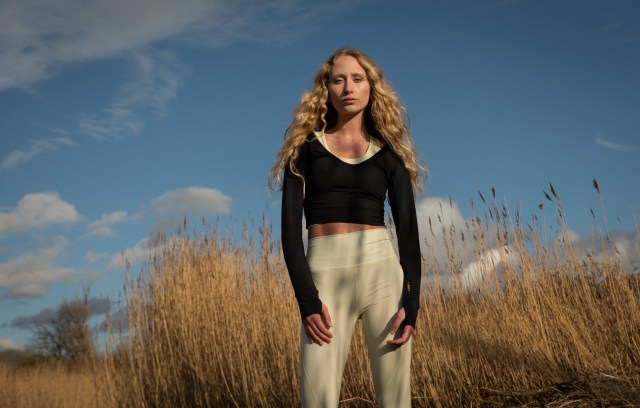 Frost was also well-known in London for her Primrose Hill circle of celebrity friends such as ex-husband Jude Law, as well as Kate Moss, Sienna Miller and Pearl Lowe. The family is still in the spotlight: Earlier this year Frost’s daughter Iris Law was named Dior Beauty ambassador for the U.K., while her son is the actor and producer Rafferty Law.

The images for her first Frost campaign feature Elfie Reigate, whose parents are the model Rosemary Ferguson and the artist Barry Reigate. Elfie was the first female model signed to the Kate Moss Model Agency.

Frost said she embarked on yogawear because she couldn’t find anything that suited her tastes. “It was either too classic or over busy,” said Frost, adding that she’d look at people in class wearing jazzy prints and think, “This is not calming. It’s stressing me out.” 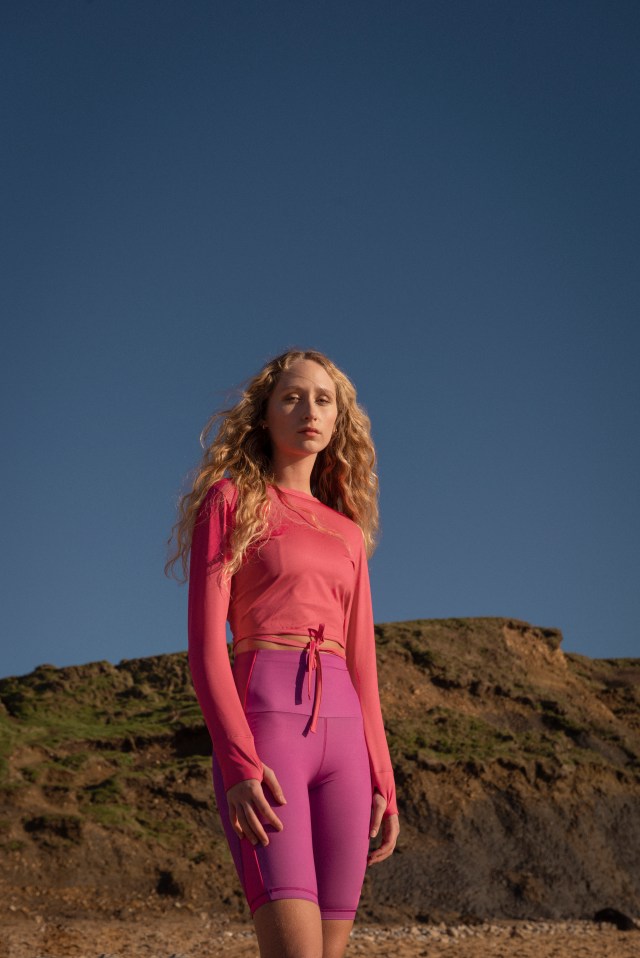 She came up with flattering, monochrome basics, with shapes that have a “’70s ballet feel,” and colors derived from the body’s chakras, or energy hubs. Chakra colors resemble those of the rainbow, and Frost has added a palette of pastel and neutral colors.

There are secret messages hidden inside the clothes such as “I am enough,” “I am strong” and “I am love,” and some of the pieces even have hidden pockets with healing crystals, such as rose quartz, inside. She also plans to develop a line of organic balms, sprays and creams in future seasons.

Sustainability plays a big role in the collection. Swing tags are made with seeded paper, ready to be planted, while the collection is made from plant-based fibers. “We tested the clothes so much — we wanted them to be supportive, flattering and versatile,” said Frost, adding that they’re meant to be layered and to stretch from the studio or gym into everyday life.

Frost said she’s keen to sell through a mix of wholesale and direct-to-consumer and has partnered with Indigofera, a London-based company that builds, launches and distributes international fashion and lifestyle brands.

She said she’s keen that the collection be commercial, responds to people’s needs, and inspires them. 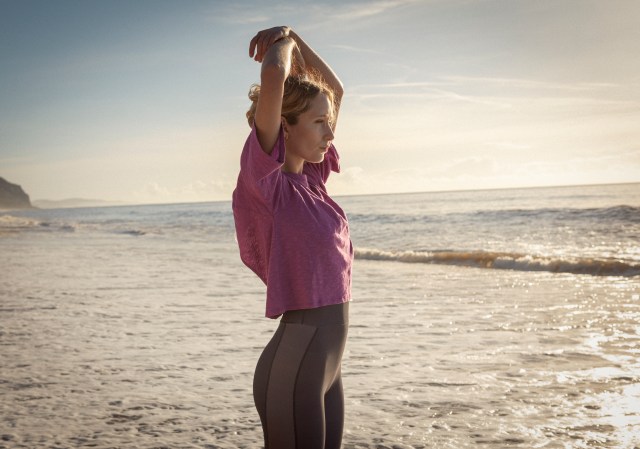 Frost has been working on other projects, too, mostly in film. “I’m a complete workaholic these days, and lockdown has certainly helped,” she said. “The kids are grown up, and I’m awake and working at 5 a.m., seven days a week. I love the multitasking — it keeps me out of trouble.”

She’s working on a number of film projects, behind the camera. She’ll be directing a feature-length documentary about Mary Quant for Goldfinch Films. Frost said it will feature interviews with myriad fashion figures including Moss, Kim Jones, Jasper Conran, David Bailey and Charlotte Tilbury.

Separately, her production company Blonde to Black Pictures has four feature films in the pipeline over the next two years, including a rom-com called “Vinegar” that’s set for release in 2022.