Sales at the business, which counts former Oscar de la Renta ceo Jeffry Aronsson as a shareholder and adviser, grew 250 percent from March to April.

The story of Shefit begins with Sara Moylan. The longtime athlete, bodybuilding champion, rodeo barrel racer and former fitness model was pregnant with her first child when she realized she couldn’t find a bra that would fit her growing bust.

“My chest just got out of control,” Moylan told WWD. “I was trying to work out, stay in shape, do all the right things and my bras weren’t giving me the support I needed. I was tying the excess [straps] in my bras with rubber bands; I was wearing two or three bras at a time. I finally decided to take matters into my own hands one day and I cut apart a bra.”

Moylan’s creation — what she dubbed “the Frankenstein bra” (“I wasn’t a very good sewer,” she recalled) — was pieced together with a hot glue gun and a needle and thread. But it provided the initial template of what was to come: a sports bra with adjustable Velcro straps for a customized level of support and a magnetic zipper front for easy on and off. 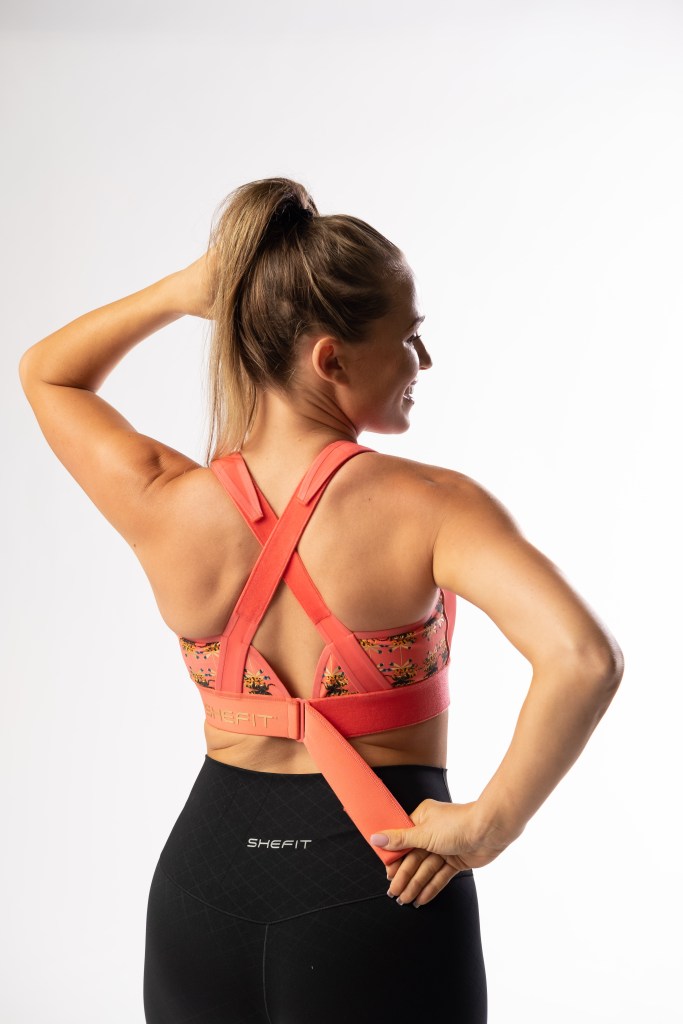 But back then, Moylan wasn’t looking to start a business. Four pregnancies later — and multiple seamstresses to help assemble her custom sports bras — Moylan and her husband Bob realized other women were having similar issues.

“Everyone else in the space was catering to the extreme-minded athlete — and I am her, for sure,” Moylan said. “But I’m surrounded by women who come from all different walks of life and different ages and sizes and athletic levels. That’s the mission behind our brand: Every woman can be an athlete.”

The Moylans kept their day jobs in sales at the beginning while moonlighting as bra designers in their Detroit basement by night. Then, in 2016, the duo got their big break with an appearance on ABC’s “Shark Tank.” Success quickly followed. 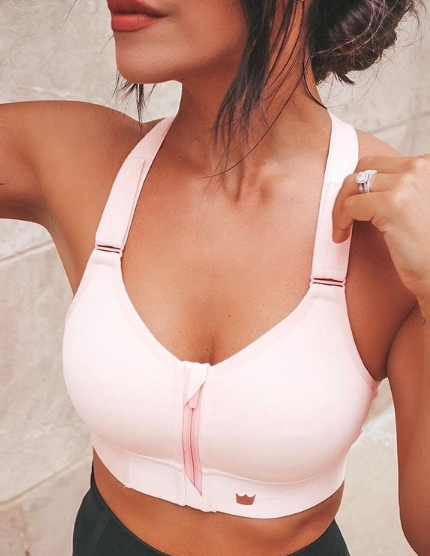 But when the coronavirus caused the country to socially separate in March, Shefit — like many other fashion brands — was worried. Shefit’s direct-to-consumer model, however, helped position the brand for the future, said Jeffry Aronsson, a Shefit shareholder and retail veteran. (His résumé includes stints as chief executive officer of Donna Karan, Marc Jacobs and Oscar de la Renta, among others.) Without stores to worry about or wholesale partners, the only way to buy Shefit products was at its web site.

“Even in 2016, I saw the handwriting on the wall,” said Aronsson, who partnered with the Moylans that year. “The wholesale model doesn’t make sense; the brand has no control. They start with a message — a pure brand message — and it goes from a warehouse to a store to a floor. It’s like a game of telephone. By the time the message gets around the table, it’s completely distorted.

“The product is one thing,” Aronsson continued. “But how it’s communicated, what it stands for, how it’s delivered and how it’s sold, those are all important things, too. So, Sara and Bob decided they’re going to focus less on making sales across a broad base and more on their direct-to-consumer strategy.” 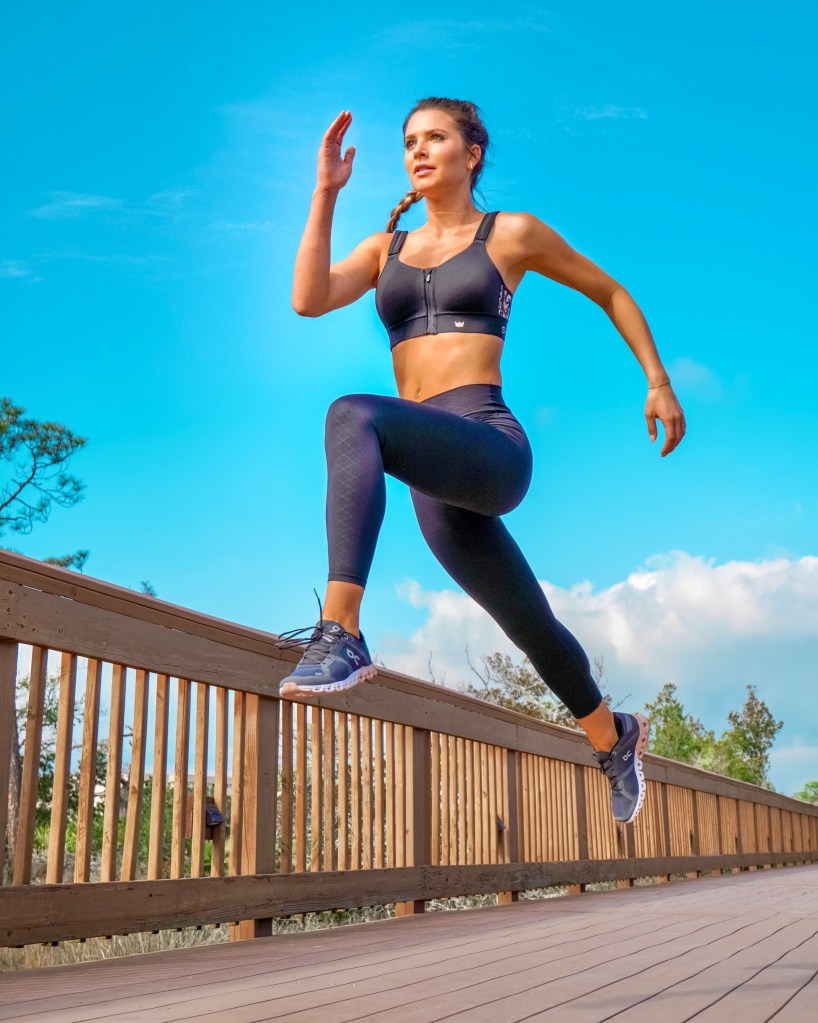 Another thing no one was expecting during a global health crisis was a surge in the already-growing activewear market.

“We have waitlists,” said Moylan, who also serves as chief brand officer. “Like three weeks to get a virtual fitting. And many people who have never had the bra — and just got one — are coming back to get another. It’s crazy. It’s our little Shefit Nation.”

Moreover, between April and May — when other businesses were laying off or furloughing associates — Shefit added about a dozen employees just to keep up. The company that began with just two people is now closer to 50, and plans to hire more in the near future.

In addition to the brand’s direct-to-consumer model, Moylan said shoppers keep coming back because of Shefit’s unique attributes. A March 2019 study in the International Journal of Exercise Science found that Shefit’s bras cause less breast bounce and motion than sports bras made by activewear giants Adidas, Nike, Under Armour and Moving Comfort.

“Our motto has always been function over fashion,” Moylan said. “I think the majority of other bras out there are more fashion over function.” 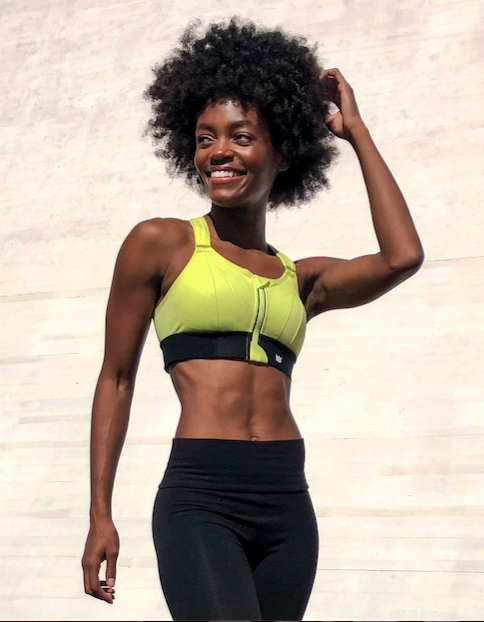 Sports bras will always be Shefit’s “bread and butter,” Moylan added, but she’s got other ideas brewing. Like everyday bras, tank tops and swimwear.

“We internally refer to Sara as the ‘volcano of ideas,’” said Bob, who is also ceo of the business. “We have teams of people just trying to keep up with her. And my job is to bring her ideas to fruition; figure out how to finance them and get them out into the world.”

Meanwhile, Shefit’s rapid growth has attracted the attention of a handful of private equity firms. Bob said the company is not funded by venture capital, but added that they’re open to outside partners in the future if it’s a good fit.

“We do want to take Shefit global at a certain point,” Bob said.