Skin: Getting Dressed to Feel Naked

The loungewear brand is growing its presence as a trendsetter in both the innerwear and ready-to-wear realms. 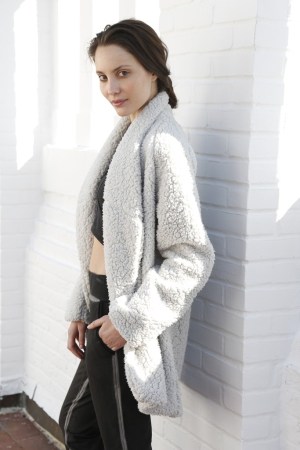 Loungewear brand Skin is growing its presence as a trendsetter in both the innerwear and ready-to-wear realms.

This story first appeared in the May 7, 2014 issue of WWD. Subscribe Today.

The company, which was founded by Susan Beischel in 2003, received a multimillion-dollar cash infusion from a group of private investors in 2011, and has since expanded its retail distribution to include major specialty stores, such as Saks Fifth Avenue, and boutiques in Japan, Singapore and London, as well as Net-a-porter. An rtw collection, which has been expanded to include pieces that can be layered and worn with the innerwear, was launched in fall 2013 exclusively at all Barneys New York locations and is now also sold at major specialty stores. The firm recently moved its showroom and offices to 21 West 38th Street in Manhattan.

Ken Sitomer, the company’s chief executive officer, said prospects for spring 2015 are looking “quite favorable” due to strong overall selling despite a tough weather pattern this year.

Sitomer said a licensing deal for Skin may be on the horizon.

“We are presently in conversations with potential licensees but we will only execute a license if a partner understands our aesthetic and our distribution and are serious players,” said Sitomer. “We are staying focused on the lingerie and rtw categories but actively working on expanding the product assortment by adding deliveries within those categories. As to other categories, we know what we can handle at the moment and what products we cannot.”

Meanwhile, Beischel, who serves as Skin’s president, designer and creative director, described her inspiration for the fall innerwear and rtw collections.

“The inspiration was the idea of getting dressed to feel naked,” she said. “Comfort is always the number-one ingredient when I make fabrics, choose trims, and then the design and style choice is based on how we are living in the times, with a reflection of what is going on around us.

“The age of instant everything makes me want to simplify in order to keep up with all the information flooding our minds daily. I want a soothing palette that complements the skin tones, and can quiet the mind…clothes that you don’t have to think too much about that make you feel good and look good. Comfort for me goes beyond just fabrics and design, it implies making life easier. It means I have built a wardrobe that can take someone anywhere. In Skin, you can find your underwear, your workwear, your outerwear and your every-wear.”

Specialty fabrics include an exclusive waffle-pattern gauze of Pima cotton and a unique cotton and Lycra spandex blend that looks like washed leather.

Regarding color, Beischel said, “I will never forget the lovely Mary Krug, the late divisional merchandiser of intimate apparel at Neiman Marcus. She told me once, ‘Susan, make sure to do the morning test.’ That meant the colors I choose for the collection have to look good on a woman when she first wakes up in the morning with no makeup.”

Skin’s color palette includes a shade she described as “concrete,” greige, black, avocado, cranberry and sky blue. Suggested retail for innerwear is $22 to $190; rtw is $60 to $498.