Andy Spade, who cofounded the loungewear line in 2013, believes underwear will be its largest category. 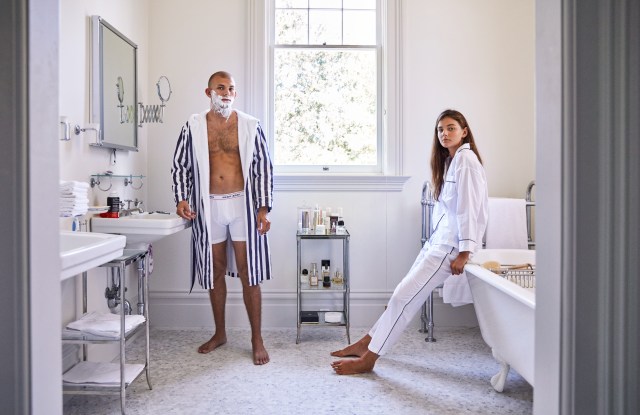 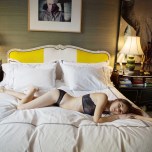 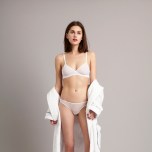 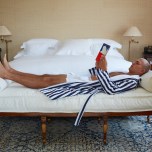 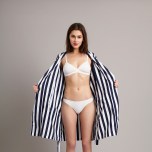 Andy Spade, who launched sleepwear line Sleepy Jones in 2013, thought there was a void in the underwear market for his customer who gravitates toward a preppy, clever and slightly whimsical aesthetic that he and his wife Kate Spade have helped cultivate.

“When I was working with Kate and Jack Spade or working for one of my clients like J. Crew, I realized there wasn’t any underwear for us,” Spade said. “I would know where to buy shirts and where to buy shoes, but with underwear I didn’t relate to the brands that were available to me.”

Spade is hoping to fill that gap with Sleepy Jones men’s and women’s underwear.

The women’s line, which retails from $20 to $48, includes cotton triangle bralettes, lace shelf bras, and a scoop neck bralette along with three styles of underwear — a thong, bikini and hipster silhouette. The neutral collection features Swiss dots and stripes. The men’s assortment consists of three styles of cotton underwear — two boxer silhouettes and a pair of briefs that come in white, gray and black with a Sleepy Jones logo band. This line retails from $18 to $22.

The women’s line is available now on Sleepy Jones’ e-commerce site and at its stores in Santa Monica, Calif., New York and its pop-up on Robertson Boulevard in West Hollywood, Calif., which Spade said could be a permanent store depending on its performance. According to Spade, the plan is to continue to roll out more stores.

“I think we can have three to four stores in Los Angeles,” said Spade, who added that the company will open a store in Tokyo. “We are also looking down south in Atlanta and Charleston [S.C.]. The goal is to have one in every major city.”

Spade is also focused on growing Sleepy Jones’ assortment and moving more into home. The brand currently collaborates with a French candle company and has partnered with Wary Meyers on a soap.

“I would say it’s going to go into spa and this category is growing because ath-leisure is becoming too saturated. It’s more about mindfulness and meditation and recreation wear,” said Spade, who foresees that underwear will be its biggest category. “Underwear was always going to be the largest part of the business. There’s low end and then there’s luxe and they are all big brands. The underwear category is huge and I see a big opportunity for us.”