Casual fashions, a desire for comfort and ath-leisure styles are all contributing to the trend.

Sports bras are growing in popularity as the go-to bra option.

Somewhere between the casualization of American fashion and the desire for comfort, sports bras have become one of the preferred bra options. In fact, in the roughly $12 billion to $13 billion North American intimates apparel market, the most growth in the last three years has been in sports bras and shapewear, according to the NPD Group.

That could explain the rise of shapewear brands, including Commando and Kim Kardashian’s new shapewear line, along with the surge in popularity of things like bodysuits. Among the sports bra category, sales in the U.S. rose 6 percent for the 12 months ending May 2019, according to the NPD Group’s Consumer Tracking Service. 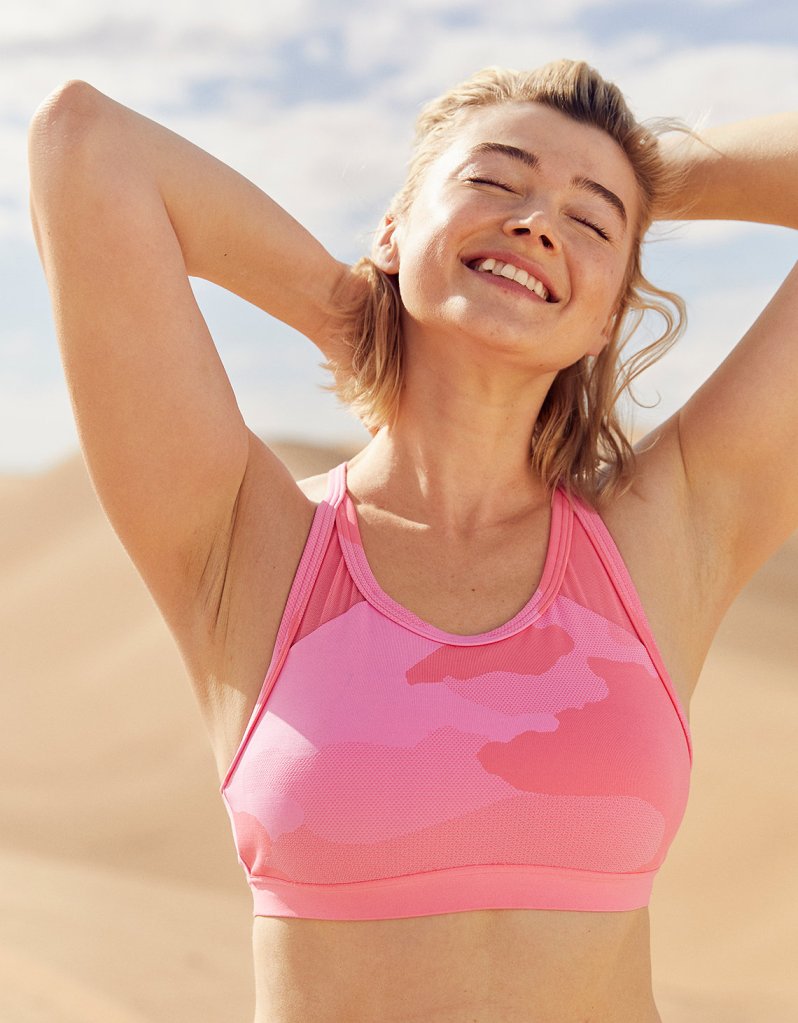 The research firm also found that Millennials alone⁠ — the cohort that currently captures the biggest chunk of the women’s intimates apparel market⁠ — spent about a third of their bra budgets on sports bras in 2018. Those numbers are expected to grow as Millennials and the generation behind them continue to age, spend more money and seek comfort. But it’s not just young people that want to feel unencumbered.

“Women of all ages are finding sports bras more comfortable and a more fitting answer to the ath-leisure dressing lifestyle,” Marshal Cohen, chief industry analyst at the NPD Group, told WWD. “Age doesn’t matter much anymore when it comes to comfort.”

More lax dress codes in the corporate world, along with more people working from home, have made fashion — even intimate apparel — more casual. Ath-leisure has also lent its hand to the current global obsession with comfort — and increased demand for sports bras — freeing up women from otherwise restrictive garments. It’s also turned athletic wear into a style that can be worn both on and off the court.

“Before, there was a stigma of wearing sports clothes in a professional environment,” said Romain Liot, chief operating officer of direct-to-consumer lingerie start-up Adore Me. “And now it’s much more widely accepted. People are wearing sneakers to work. And with that they’re wearing sports bras. The distinction between professional and sports life is more and more blurry.”

But there are other forces at play, such as people’s increasingly busy lives.

“Today our days are so much more multifaceted,” said Michelle Cordeiro Grant, founder and chief executive officer of lingerie start-up Lively, which was recently acquired by Wacoal International Corporation. She said women don’t have time to keep changing their bras between each activity.

There’s also the innerwear-as-outerwear trend, with women donning undergarments on the streets. Suddenly, things like bras — things that formerly went unnoticed — are in plain view. That means more attention is paid to things like sports bras worn in the summer as tank tops, for example. 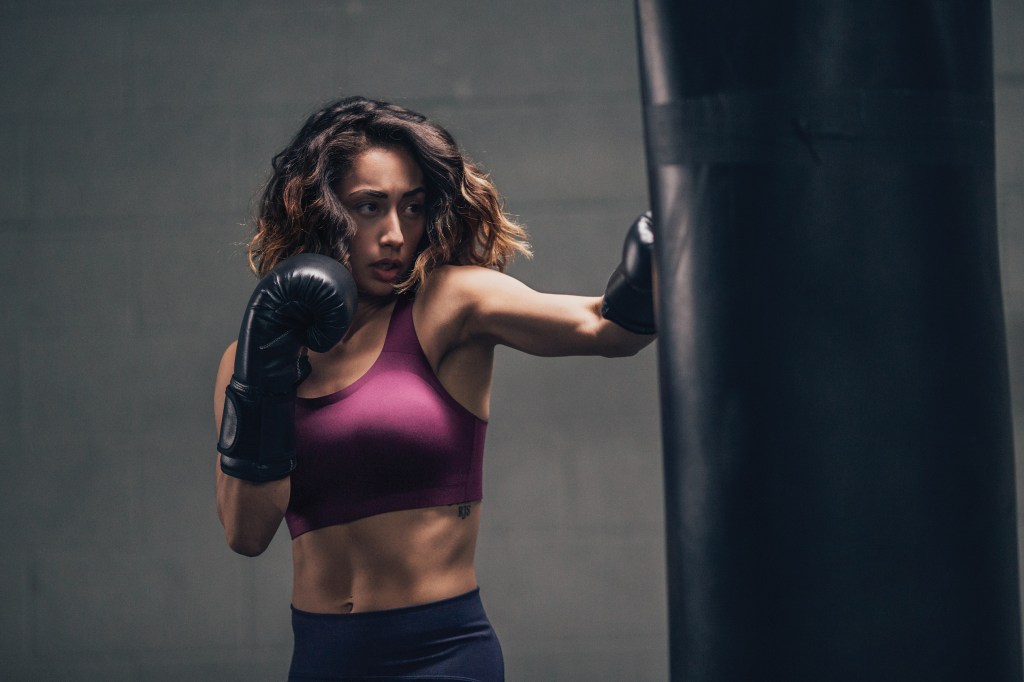 And there is also the increased interest in health and wellness.

“Most people are thinking about their health and thinking about working out these days,” said Sharen Turney, who served as chief executive officer of Victoria’s Secret from 2000 to 2016. “Everybody has some piece of that in their regimen of their everyday lives. So I think people are just waking up to the fact that this is another part of our life.

Several brands are taking advantage of this trend. Adore Me currently sells about 50 different sports bras with plans to “beef up the pipeline” even more, according to Liot. Lingerie start-up Harper Wilde recently expanded into sports bras. British-based lingerie and swimwear company Figleaves is launching two branded sports bras this October. Heidi Zak, cofounder of lingerie start-up ThirdLove, said that lately customers have been asking when ThirdLove will release a sports bra. Soma, the intimates brand owned by Chico’s FAS, is launching its own in-house line of sports bras in January.

“We like to call it exercise-optional,” said Mary van Praag, president of the intimates group at Chico’s FAS, which includes Soma and TellTale. “She can wear this bra 24/7, even at night. I call it the dog-walking bra. It’s not always for physical sports activities.” She added that sports bras are the third most popular type of bras among Soma shoppers, only behind underwire and full-coverage bras. 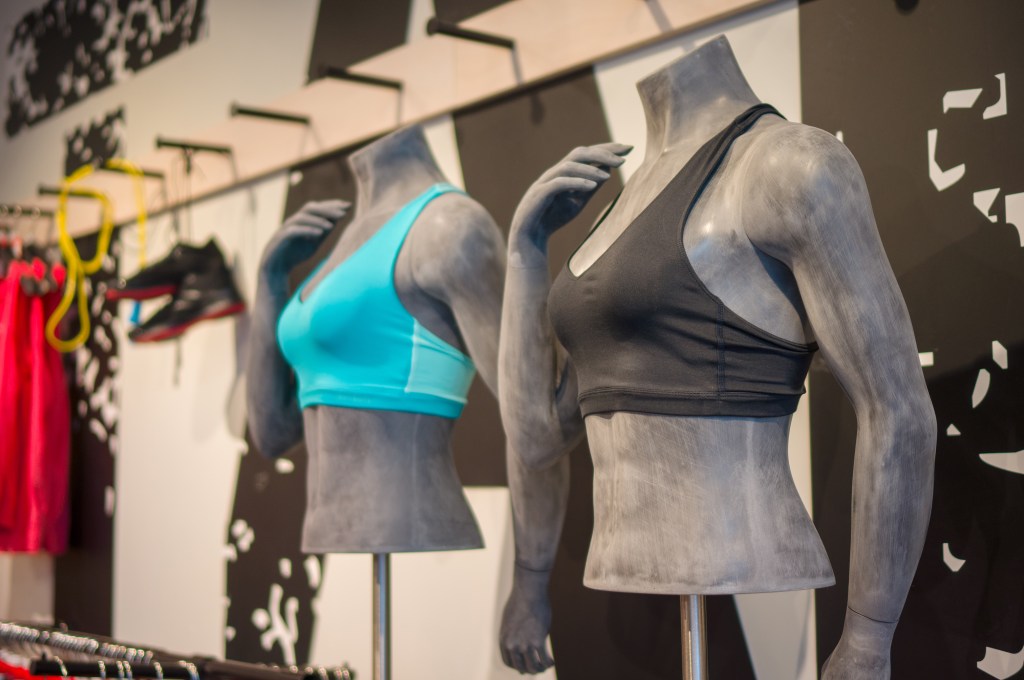 Athlete apparel companies, like Reebok and Under Armour, offer a number of sports bras as well. So do a handful of smaller lingerie companies and start-ups, including SheFit and Parfait Lingerie. Sara Moylan, founder of Michigan-based sports bra company SheFit, said sales have risen more than 200 percent year-over-year, each year since the company’s inception in 2016.

Earlier this year, Nike said it would debut about 40 new sports bras throughout 2019. In June, active and ath-leisure brand Lululemon said it was going to introduce two new high-support sports bras this summer.

“You can have different style bras, but at the core of sports bra, it’s about [the desire for] comfort,” van Praag said.

Men and women’s underwear company Tommy John found in a recent in-house survey that 70 percent of women purchased underwear based on comfort. 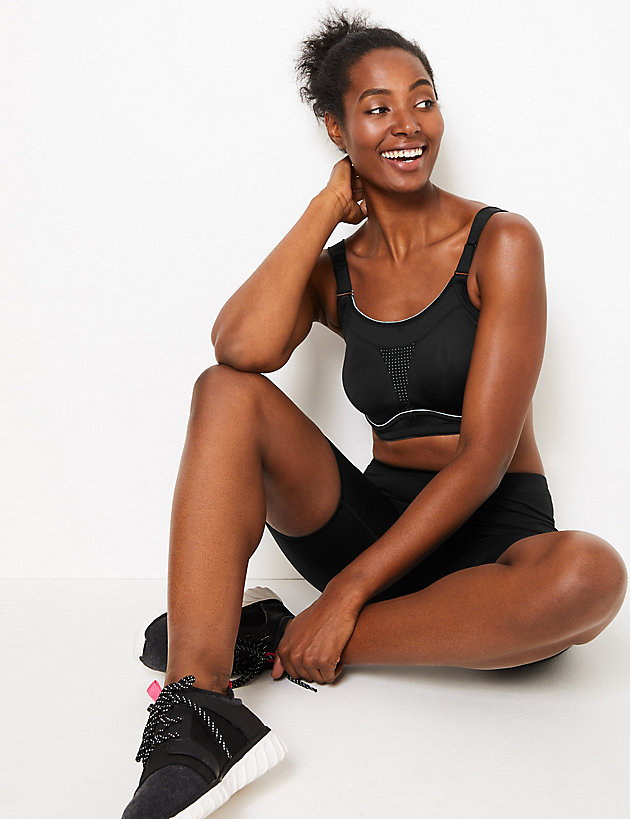 Soozie Jenkinson, head of design for lingerie at Marks & Spencer, the leading intimates apparel retailer in the U.K., said she’s noticed the increase in sports bras in the last five to seven years. The company recently collaborated with Japanese scientists to develop a sports bra that can support a woman doing high-impact aerobics up to an F cup. The bra, Jenkinson said, has become one of the best-selling sports bras in the collection.

“This is because of the contemporary, sporty aesthetic, but also for the great shape and fantastic support that our sports bras provide,” Jenkinson said. “Ultimately, [we’re] delivering all-day comfort and confidence.”

Meanwhile, Victoria’s Secret, which is still the global market share leader in intimates apparel, is trying to turn itself around. But the company that built an empire on the push-up bra remains behind the trend on sports bras. There are only five options on victoriassecret.com. Pink, Victoria’s Secret’s sister brand — which often appeals to a younger consumer — has slightly more, many of them from third-party vendors. Sports bras could be one way for the company to win back market share.

Representatives from parent company L Brands would not respond to requests for comment. But some industry insiders aren’t surprised with Victoria’s Secret’s lack of athletic options. The company was, after all, behind on the bralette trend a few years ago, making room for competitors like American Eagle Outfitter’s Aerie with their unstructured bras.

“I don’t think it makes sense for Victoria’s Secret to talk about sports bras,” Adore Me’s Liot said. “It’s not really their business. They are in the business to sell bras to please the eyes of men.”

Still, that hasn’t stopped other companies and brands from innovating new athletic-inspired bras. Lively came up with an entirely new bra category: “Leisuree.” Grant said she came up with the concept after surveying customers and found that the two most popular bra features were wider bands from sports bras and bolder, stylized prints from swimwear.

“We would talk to women and say, ‘What do you put on, on Saturday morning when you don’t have to go to work?'” Grant said. “And it was always a sports bra or a swim piece. And we found statistically, 60 percent of women that are wearing sports bras aren’t even working out. They’re just wearing it because it’s truly comfortable. And why? You’re not conforming your body into a bra with wires or a push-up. The sports bra instead is conforming to your unique body shape.”