Swiss Hosiery Brand Fogal Is Keeping Up With the Times

The hosiery brand, which will celebrate its centenary in 2021, is being relaunched under new leadership and creative direction.

PARIS — It’s not every day a nearly 100-year-old brand goes up for sale.

“We realized that we had a hidden gem between our hands, and all we needed was to dust it off a little,” said Edouard Burrus, who in 2017 bought historical hosiery brand Fogal, founded in 1921 by Swiss manufacturer Leon Fogal.

The Geneva-based entrepreneur isn’t new to heritage accessories brands: Burrus, who co-owns Fogal with his wife Margaux Burrus, also acquired Italian hat maker Borsalino in 2015. “It was a once-in-a-lifetime opportunity,” he said of Fogal, which specializes in high-quality tights for women. “We wanted to bring back familial values to this brand that is known throughout Switzerland for its incredible quality.”

After a two-year restructuring period, Fogal launched the first collection under its new leadership in September 2019. The fall 2020 collection, which is still entirely made in factories in Germany, Italy and Switzerland, was designed by newly appointed creative director Jean Luc Amsler, who is also from Switzerland.

“I’ve always used tights in my collections, but as an accessory,” said Amsler, a former creative director of Smalto who started his career in the Eighties and who worked for designers including Yves Saint Laurent, André Courrèges and Thierry Mugler before launching his own label in 1992. “This time, I wanted to treat it like a real fashion object.” 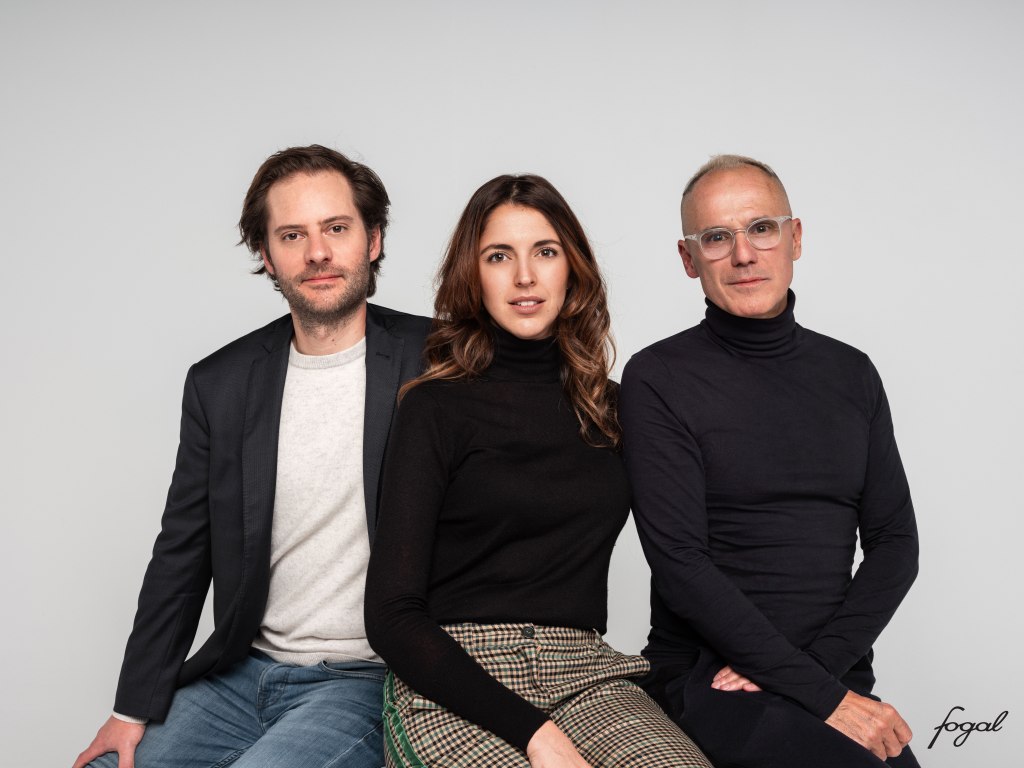 This is new territory for Fogal, a brand that is best known for its opaque tights in 32 different colors. For fall 2020, Amsler took inspiration from classic men’s wear details such as pinstripes, which run along a pair of black opaque tights; houndstooth, and Prince of Wales motifs.

In order to maximize comfort, Fogal tights now have a seamless waist belt that is directly integrated to each pair, allowing the garment to sit comfortably above the hips. The company has also revisited its shapewear, working on the feel of the material on the skin and adding edgier shapes to its range, including a pinstriped shorty piece.

Next up for Fogal is working on being more sustainable, an idea that is already at the core of any luxury item: anything but a throwaway product, a pair of Fogal tights, which are machine-washable and cost around 39.90 euros, or $45, is meant to last for years. The company has already redesigned its packaging in recyclable cardboard instead of the traditional plastic sleeve, and is planning to integrate natural threads to its summer 2021 collection.

Also on the agenda is strengthening its retail network. “During its nearly 100 years of existence, Fogal was present in all the major department stores; our aim is to reactivate those wholesale accounts,” said Burrus, adding that the brand lost a number of retailers as it fell into hard times in the early Aughts.

Fogal is distributed in U.S. department stores Bloomingdale’s and Saks Fifth Avenue, and in the next few years, plans to opens stores in Paris, London, New York and Tokyo — the capitals of its four main markets — in addition to its existing boutique in Zurich.

Upcoming Fogal launches are a collaboration with compression stockings specialist Sigvaris on a collection of compression tights in seven colors, dropping in August, and a special 100th anniversary edition of the Fogal Swarovski crystal-studded fishnet tights. “Hosiery is a growing market,” Burrus said.