The veteran French lingerie brand, winner of SIL’s Designer of the Year award for 2017, will introduce a new brand image in 2017 and is looking to communicate more with consumers, expand online and grow its store footprint. 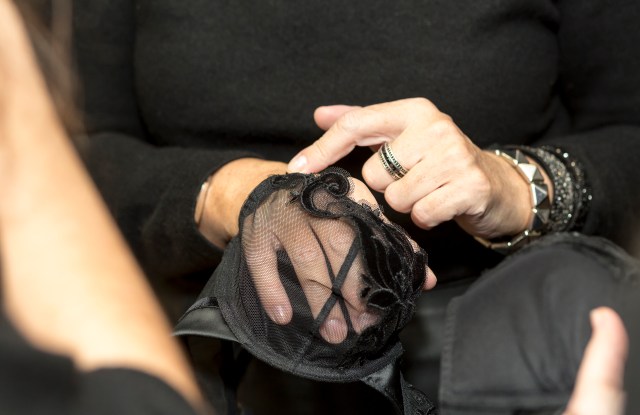 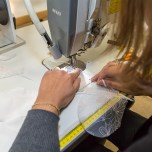 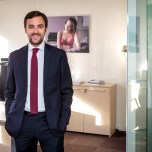 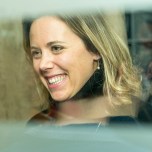 CLICHY, France — In a market where traditional lingerie brands continue to struggle with lackluster sales, one historic French brand is looking to the future.

Thirty-something first cousins Mathieu Grodner-Pérèle and Stéphanie Pérèle took over the reins last year at the house founded by their grandmother, Simone Pérèle, back in 1948. After studying at business school and cutting their teeth outside the family firm, Grodner-Pérèle is now general manager of Groupe Simone Pérèle, while Stéphanie Pérèle is director of image and products.

After a year at the head of the brand, winner of the Designer of the Year award at January’s Salon International de la Lingerie, they are beginning to put their stamp on it, implementing their five-year “Cap 2019” plan, which includes new branding to be revealed in the second half of 2017, a clearer definition of its product portfolio, notably more focused on fashion products, the implementation of e-commerce and a more active presence on social media.

The company saw total sales of 75 million euros, or $83.2 million at average exchange, in 2015, and anticipates flat business overall for 2016.

“We are in line with our objectives,” said Grodner-Pérèle during a visit to the brand’s headquarters and workshops in Clichy, just outside Paris. “The lingerie market is very contrasted from one geographic zone to the next. Certain regions are struggling more than others. Our strength lies in the fact that we are present in a lot of markets, and 80 percent of our sales are made outside France.”

French lingerie sales fell 2.7 percent in the first nine months of 2016, according to data from the French Fashion Institute, or IFM, after growing 1.7 percent last year to 28 billion euros, or $31.1 billion.

Many of the more traditional French corsetry brands remain reliant on the domestic market for up to half of their sales, and have continued to struggle year-after-year since the 2008 crisis. Among Simone Pérèle’s direct competitors, Aubade, part of Switzerland’s publicly listed Calida Group and one of few on the market to publish its sales saw revenues fall 4.2 percent to 25.3 million euros, or $28.2 million at average exchange, in the first half of 2016. Aubade does around 90 percent of its sales in the Eurozone.

After France, Simone Pérèle’s second market is Australia. It also has a strong presence in the Benelux markets and Germany. In total, the company has more than 12,000 sales points in 63 countries.

“North America is very important for us, and it is one of the more dynamic areas where brands like ours still have a lot of potential,” Grodner-Pérèle said. “We are also developing in regions that have less potential in terms of scale but are also growing strongly, like Central Europe and the Middle East.”

The company is also testing Asian markets Taiwan, mainland China and Japan. “We need more proof of the potential of such markets for brands like Simone Pérèle before we invest further,” Grodner-Pérèle said.

Global retail sales of women’s underwear are expected to grow 2.9 percent to $76.01 billion this year, according to data from Euromonitor International.

Part of Groupe Simone Pérèle’s strategy to bring the company into the 21st century is focusing more on communicating directly to consumers, Stéphanie Pérèle explained. “We have been around for 70 years, and we have always been relatively discreet,” she said. “We are principally a wholesale brand, and we need to talk to our consumers more, not just to retailers. We really want to get closer to women.”

Firstly, it will build its branded boutique business. Simone Pérèle opened its first French stand-alone store in the Marais district of Paris in April 2016, and will open a Left Bank flagship in the first half of 2017.

In total worldwide, the company owns around 30 boutiques including outlet stores, of which 15 are in Australia. It plans to double this number by 2019, Pérèle said.

A new domestic web site, launching in January, will integrate e-commerce from April. Simone Pérèle launched a U.S. e-commerce site around four years ago, which has been integral in building its profile there, said Pérèle, but otherwise online sales internationally will be planned on a country-by-country basis.

Social media, notably Facebook and Instagram, will also play a key role in building the brand’s profile among consumers, Pérèle said. “Women between 25 and 40 no longer watch television or look at poster campaigns or magazines, they are on their phones,” she said, citing young French label Girls in Paris as a good example of how lingerie brands can build a strong community online.

Understanding how consumer tastes vary from market to market is also key to the company going forward. Simone Pérèle recently resegmented its offer into two categories — “Essentials,” which are often permanent lines that are re-colored each season, and “Coups de Coeur,” which mainly consists of fashion-driven new collections that remain in the offer for a single season.

“In France, around 70 percent of our sales are glamor products, while in the U.S., it is 85 percent essentials,” Pérèle explained.

Spacer bras are critical in the U.S. and Germany, but have been a complete flop in France, while push-up bras work best in Asia, she said. Even when it comes to briefs, certain countries don’t hold with transparency, while others have strong preferences for whether mesh fabrics are used on the front or back. And that’s without even going into color preferences — myriad shades for France, natural but not white for Asia and nude and black in the U.S.

In each line the brand offers, there is a choice of different shapes — four or five bras and panties that can be mixed and matched — to offer as much diversity as possible for different tastes and body shapes.

And despite the company’s outreach toward the future, this is where its historic know-how and craftsmanship best come into play.

Each of its models in every size is rigorously tested through several wears and washes by company employees before being validated by its workshop at company headquarters. Extended testing is done at its logistics facility and industrialization workshop in Orléans, France, while production takes place at Simone Pérèle’s wholly owned factories in Tunisia, Madagascar and Mauritius.

Pérèle said the company’s products remain a niche in a global intimate apparel market dominated by the likes of Victoria’s Secret — a Simone Pérèle bra retails for between 80 and 120 euros, or $83.74 and $125.61 at current exchange, while bras for secondary brand Implicite, which accounts for around 10 percent of company sales, retail for between 40 and 65 euros, or $41.87 and $68.

As such, corsetry brands cannot compete in today’s fast-fashion world, preferring to follow the traditional calendar of two annual collections in order to perfect each design. “You can do that at H&M, but not here,” she said. “We need to be able to anticipate more, especially in terms of sourcing,” continued Pérèle, explaining that a bra has around 25 different components, all from different suppliers, that need to be sourced individually, matched for color and tested in situ.

Fall 2017 will mark the brand’s new visual identity, which for the moment remains under wraps but will represent a major change, according to Pérèle. Its collection for that season will be the brand’s interpretation of today’s Parisian woman, a mix of casual ease and sexy vintage details.