But the fashion model and actress says she's just like everyone else.

Even so, the model and actress has graced the pages of Vogue India, walked the runway for Tommy Hilfiger during Paris Fashion Week and starred in the film “Port Authority,” which premiered at the Cannes Film Festival. She also has an impressive social media following: 179,000 followers on Instagram and nearly 11,000 on Twitter.

In person, she’s all business. She moves effortlessly in front of the camera — traces of her dancer background — stopping the photographer every so often so she can check the images. She knows exactly how she wants to look.

Still, Bloom said she didn’t sign up to be an influencer. Her high-profile status is almost accidental. The attention started to get real late one night in April 2018 when she decided to post her ambitions of one day walking in the Victoria’s Secret Fashion Show on Twitter. This, of course, is a dream shared by many models. Except Bloom is not one of many models, and her tweet later went viral.

“Trying to be the 1st Trans model of color [to] walk a #VictoriaSecret Fashion show,” Bloom tweeted in April 2018. Hashtag #transisbeautiful, hashtag #LeynaBloom, followed by the double-hearts emoji.

If Bloom was to be cast, she would not only be the first trans woman of color, but the first trans person ever to walk the show. It wasn’t until the following November, right around the time of the Angels return to New York for the annual fashion show, that she got her answer.

“If you’re asking if we’ve considered putting a transgender model in the show or looked at putting a plus-size model in the show, we have,” Ed Razek, chief marketing officer to L Brands, parent company to Victoria’s Secret, told Vogue. “We market to who we sell to, and we don’t market to the whole world.

The interview set off a backlash of criticism, which resulted in Razek apologizing the next day on Twitter by way of Victoria’s Secret’s official account.

“My remark regarding the inclusion of transgender models in the Victoria’s Secret Fashion Show came across as insensitive,” Razek said in the statement. “To be clear, we absolutely would cast a transgender model for the show. We’d had transgender models come to the castings…And like many others, they didn’t make it…But it was never about gender.”

Since then, Leslie Wexner, chairman and chief executive officer of L Brands, has said the company is “rethinking” the annual fashion show and that network television may not be “the right fit” for the event. Details about what’s to come are unclear.

Meanwhile, a representative from L Brands referred WWD to the company’s LGBTQ Community page, which says L Brands offers full health coverage for domestic partners and employees seeking gender reassignment surgery. In addition, the representative said L Brands has an LGBTQ associate resource group and people throughout the company have participated in the Columbus, Ohio — home to the L Brands HQ — Pride parade for a number of years. Just how many people at L Brands identify as part of the community is unknown. L Brands does not require associates to disclose their sexual orientations and many members of the resource group are LGBTQ allies.

It appears that the door for transgendered models has not completely been shut. Despite Razek’s original comments to Vogue, transmodels are still able to audition for the show, per the follow-up tweet. But the company does not cast Angels based on gender or to please a certain group. 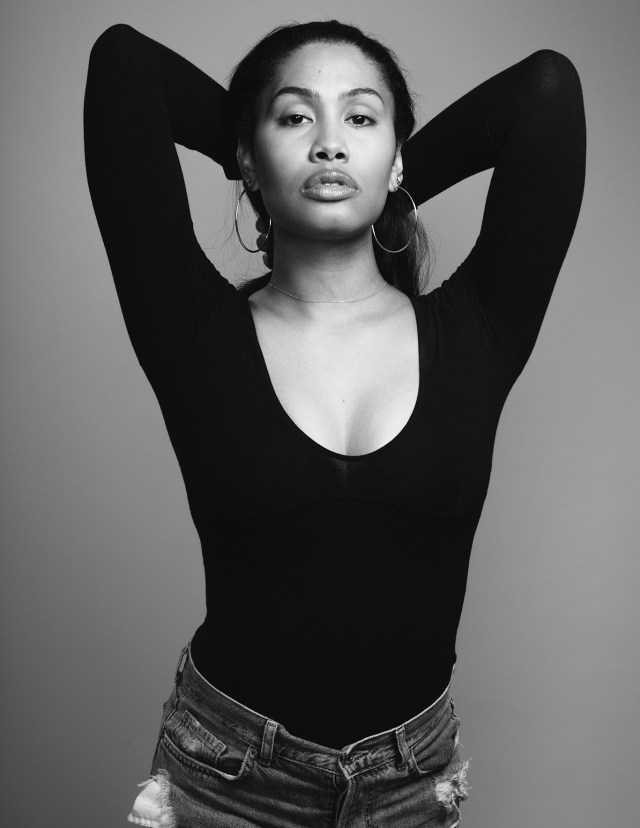 Either way, Bloom has moved on.

“As a young transwoman, when I first started transitioning, the first brand I thought about was the most commercially branded, which was VS,” Bloom continued. “That post just started with me thinking, you know, I’ve gotten to a place in my career where I should be able to say, this is what I want for myself. And it’s unfortunate that they said hell no to my a–; you’re not part of that fantasy. You cannot do it.

“How can you sit there and tell us that [trans people] don’t fit this fantasy?” she said. “Well, we’re our own fantasy. I don’t want to be a part of projects like that.”

Bloom is clear that she doesn’t discourage other transwomen from working with Victoria’s Secret. It’s just fallen off her own personal radar. Instead, she’s focusing her energy on working with people who she feels are genuinely inclusive.

“Right now, like the entire fashion world, the entire entertainment world, and just in general in the world right now, people are really celebrating who they are and working with people who are about that new celebration of self-love,” Bloom said. “And I see a lot of big brands and small brands that want to bring everyone together to be a part of this moment. And, it doesn’t come off as some kind of a trend.

“I just have to keep on going and find people that want to work with me, who do support me, who do believe that I am worthy to be respected and keep it moving,” she continued. 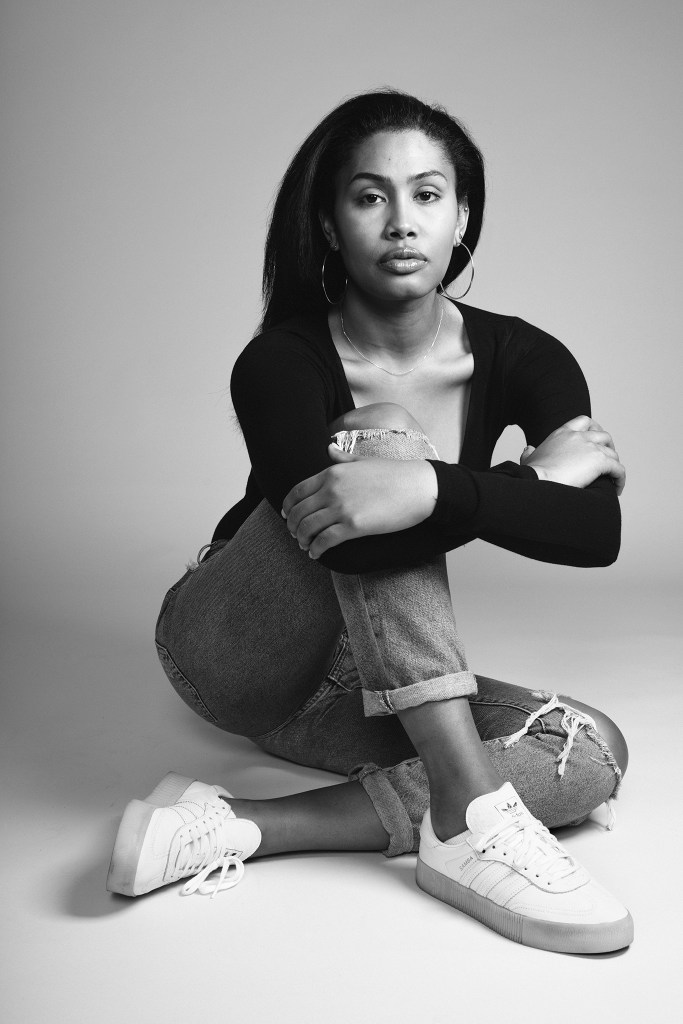 And so far it’s working. In addition to her recent debut at Cannes, Bloom also served as the face of British lingerie brand Playful Promises 15-year anniversary collection, which launched in June. Last year, she posed in H&M’s Pride campaign. This year, she’s part of the Saks Fifth Avenue x Stonewall Gives Back Initiative.

In fact, Bloom is so in-demand these days that she’s turning down projects. But it wasn’t always this way.

At 17, she took a Greyhound bus from her native Chicago and landed in Manhattan’s Port Authority bus terminal. Those early years were tough. Bloom didn’t know anyone in the city. She found refuge in New York’s underground ballroom community and began taking modeling classes. At night she would study the pages of Vogue so she could mimic the poses on auditions. She also read Maya Angelou poems and listened to Nina Simone sing and watched videos of activists like Malcolm X and Angela Davis to help her stay strong.

Despite the hardships, she said New York is still her favorite city, and those early experiences allowed her to embrace her differences as special.

“I think we’re all X-men; we’re all people born with gifts,” Bloom said. “I kind of feel like a Filipina Pocahontas.”

And even if she doesn’t consider herself an influencer, she does have a message.

“I just want people to know that everything they need to be successful is inside of them,” Bloom said. “That’s basically it.” 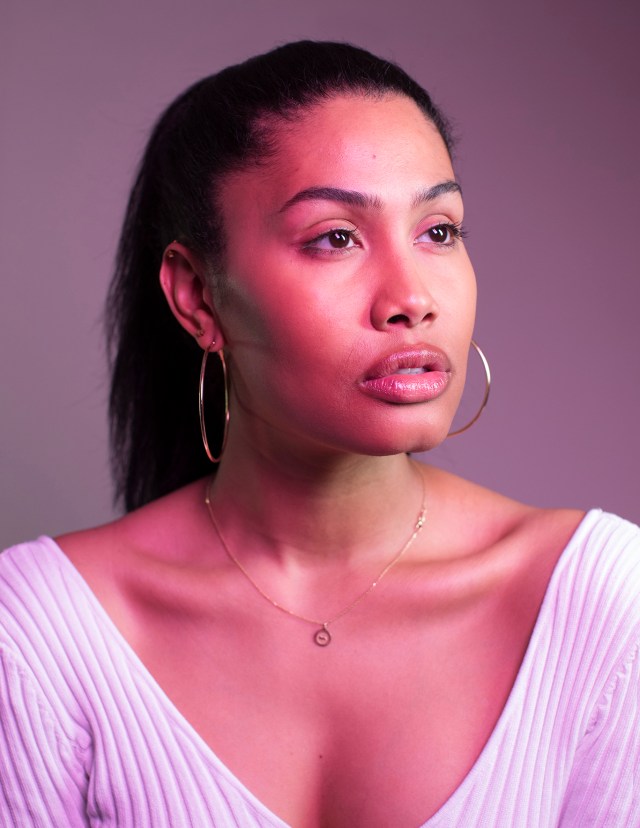