Victoria’s Secret Angels in the Wings

The look at the 16th annual Victoria’s Secret Fashion Show was iconic glamour. 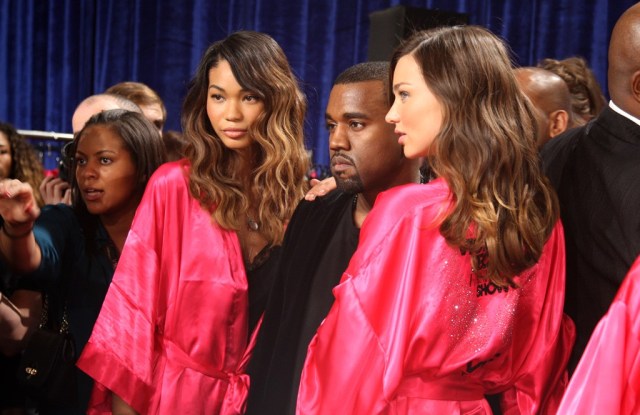 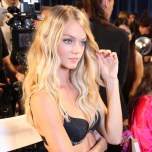 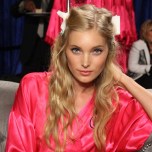 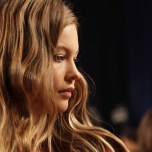 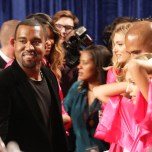 The look of the Angels at Wednesday’s 16th annual Victoria’s Secret Fashion Show was iconic glamour.

That was the message backstage as teams of hair and make-up stylists worked on 38 Angels for this evening’s $12 million runway extravaganza, which will air on Nov. 29 on CBS, #CBS@VictoriasSecret and victoriassecret.com.

“It’s very Victoria’s Secret to have that tousled look with a slight wave that looks as if it’s a little lived in. It’s sexy, but with a realistic edge…kind of Rita Hayworth-looking, but done today’s way. Back then, you had to use rollers and sit underneath a dryer to get that look. Today, it’s easier, not so stiff,” said Pita, as he tousled Alessandra Ambrosio’s locks.

The Angels, who include top models Miranda Kerr, Candice Swanepoel, Adriana Lima and Erin Heatherton, all had fresh, dewy-looking faces, as if they were in a tropical rain forest.

“We decided to keep the flavor of the original Angels — very fresh and light — and go back to a dreamworld,” explained lead makeup artist Tom Pecheux. “There’s no more fake tan or fake lashes — just a nice moisturizer with a little bit of concealer….I’m mixing Olio Lusso by Rodin with a Victoria’s Secret lotion to give that va-va-voom glamour.”

Pecheux added that the lips were very important because the Angels have to look “kissable.”

“They have great bodies and great boobs and they have to have great-looking lips. So, I used a shade of beige lipstick over a rosy color on top of a peach shade and a very thin layer of gloss to make the lips look irresistibly kissable,” said Pecheux.

“We were in Milan and he said to me, ‘you should name the new line Angels…it’s such a wonderful and positive name.’ Did we know it would become such an iconic name? No. But after the first [Angels] commercial aired with Tom Jones, we knew we had a tiger by the tail,” said Razek. “Jones said, ‘I’ve had underwear thrown at me my whole life, but it’s never been Victoria’s Secret.’ That was an iconic moment.” The models in the 30-second commercial included Tyra Banks, Stephanie Seymour, Karen Mulder and Helena Christensen.

“This year, people will be able to view the show Nov. 29 on victoriassecret.com with interaction that will show different outfits, and they’ll be able to download music from the show’s entertainers, Kanye West, Maroon 5 and Nicki Minaj. We also will be hosting viewing parties at Victoria’s Secret stores, such as our South Coast Plaza store, which was just remodeled,” she said.

Turney further noted that Victoria’s Secret raised $700,000 this year for charity by auctioning tickets for the show at social events.

As for business, Turney said she anticipates store comps will continue to be strong through the holiday selling season.

“Third-quarter comps will be out next week…it will be a really good quarter for Victoria’s Secret and we expect it to continue into the holiday season,” said Turney.