The single life might eventually be good for Victoria’s Secret, but the breakup wasn’t easy.

The retailer’s parent company, L Brands Inc., saw its stock fall more than 15 percent in post-market trading on Monday after it walked away from the $525 million deal to sell a majority of the lingerie business to private equity firm Sycamore Partners, which got cold feet amid the coronavirus shutdown. L Brands’ shares teetered back-and-forth between positive and negative during most of Tuesday’s session — closing down 3.49 percent to $11.62 apiece — as analysts looked to the future, when the company still plans to separate Victoria’s Secret from the successful Bath & Body Works brand.

Some industry experts say the canceled deal is a chance for the company to reorganize and rethink the lingerie brand. Others say the abandoned offering is the last straw in an already troubled organization.

“We see the termination as a bitter pill to swallow for L Brands in light of troubling performance at Vicky’s over the past three years, exacerbated by the current environment, and compounded by overwhelming debt,” Jen Redding, an analyst at Wedbush, wrote in a note.

But Simeon Siegel, managing director and senior retail analyst at BMO Capital Markets, pointed out that with more than $7 billion worth of revenues in the lingerie business alone last year, “arguments of VS’ death appear greatly exaggerated.”

“Deal or no deal, we see value,” Siegel wrote in a note. “With the Sycamore news extinguished, noise will dissipate and it will become harder to ignore underlying fundamental value. The reality is a COVID-19-related revenue decline may actually provide management a very unique opportunity to reevaluate all aspects of the brand, from revenue and fleet to sizes, to promo cadence and brand imaging, emerging a smaller and healthier VS.”

He added that there’s no reason to assume growth won’t continue at the Bath & Body Works business as well — a brand that makes soaps and hand sanitizers, things that are in high demand amid the public health crisis.

The Sycamore deal had been seen by some as a lifeline for the lingerie brand that had been struggling with declining revenues, a stale image, allegations of sexual misconduct within the company and the ties between L Brands founder, chairman and chief executive officer Leslie H. Wexner and the disgraced sex offender Jeffrey Epstein.

Sycamore’s majority ownership with Victoria’s Secret would have allowed L Brands to take the lingerie brand private — away from the scrutiny of investors — while unlocking more value from its most bankable brand, the Bath & Body Works division. It also would have allowed L Brands to keep its hand in the Victoria’s Secret business with a 45 percent stake.

But that was pre-pandemic — before the coronavirus spread across the globe, forcing retailers to close stores and furlough staff; before more than 30 million people in the U.S. filed for unemployment and markets fell around the world.

In April, Sycamore filed a lawsuit in a Delaware court, claiming L Brands had violated the terms of the deal and asking a judge permission to terminate the contract. The deadly virus, the private equity firm said, was no excuse for shutting down stores or the web site — things that adversely affected the business.

L Brands called Sycamore’s bluff with a complaint of its own, describing Sycamore’s actions as “pure gamesmanship.”

Then early Monday evening came the news: L Brands and Sycamore Partners had decided to consciously uncouple in a way that left neither party liable of termination fees or name-calling and cleared up any concerns about what could have been a messy fight.

Even though a legal battle has been averted, Victoria’s Secret’s future remains uncertain. The lingerie brand — which includes the lingerie, beauty and Pink divisions — is still the market share leader in women’s intimate apparel, in the U.S. and internationally. But it has been on a steady track of losing share and revenues for the last three-and-a-half years.

The company also has total debt of $9.1 billion and — like most retailers at present — very little incoming revenues. (With more than 1,100 Victoria’s Secret stores nationwide, the company is heavily dependent on its retail fleet to generate sales.) 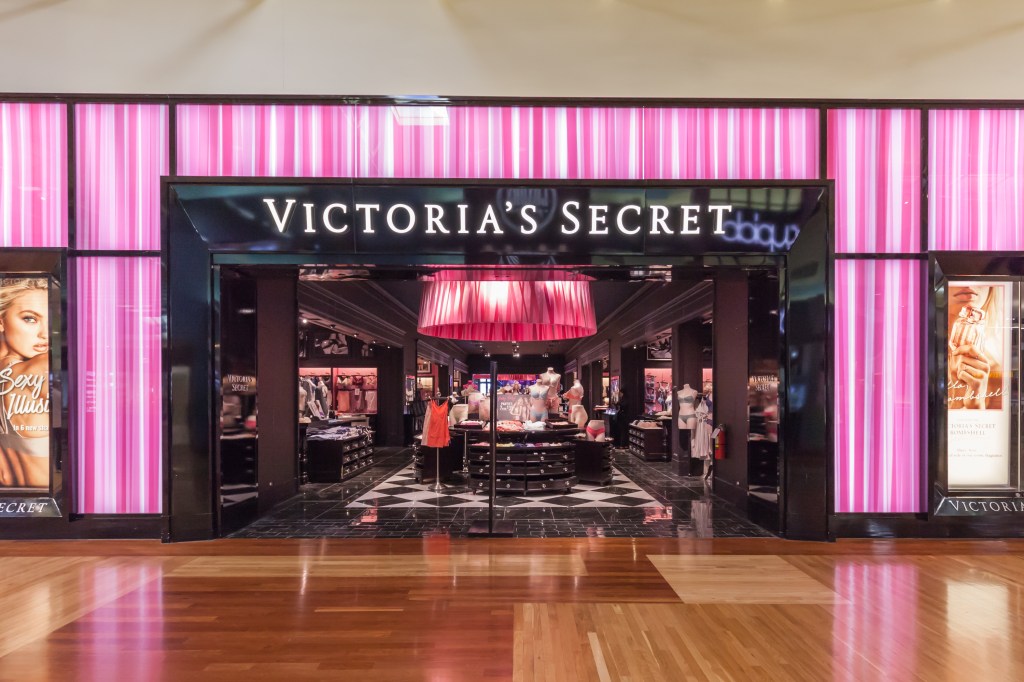 While Victoria’s Secret’s path is still unclear, the retailer did outline a few things in its go-forward strategy, including leadership changes and its continued plans to take the lingerie business private.

Wexner is still planning to step down at the annual shareholder meeting on May 14. He will remain on the board, however, as chairman emeritus. Sarah Nash, a current member of the board, will transition to chairperson of the board. In addition,  Andrew Meslow, current ceo of Bath & Body Works, will join the board and take over Wexner’s role as ceo of L Brands.

John Mehas, Amy Hauk and Greg Unis will continue to lead the Victoria’s Secret lingerie, Pink and beauty divisions, respectively. But Stuart Burgdoerfer, current chief financial officer of L Brands, has been appointed to a new role of ceo of Victoria’s Secret, overseeing all three divisions. In addition, Burgdoerfer will remain cfo of L Brands.

The retailer is also moving forward with its spin-off of the Victoria’s Secret brand as a private business. Bath & Body Works will become a stand-alone public firm.

Other steps to help protect the business include drawing down on a $950 million revolving credit facility, canceling spring inventories at Victoria’s Secret and Bath & Body Works, slashing executive compensation and furloughing the majority of in-store associates, suspending quarterly dividends to shareholders and withholding April rent payments in the U.S.