The company will begin by closing about 250 stores this year. But execs say there will likely be more next year and beyond.

A Victoria's Secret's store amid the coronavirus lockdown.

The retailer is moving ahead with its plans to spin off Victoria’s Secret into a private company, anticipating the separation from Bath & Body Works will be complete by the end of the current quarter.

Meanwhile, L Brands has mapped out how it will reopen stores across both brands, many of which are located in malls, while continuing to evaluate its retail fleet. On Wednesday, the company said it would close about 250 Victoria’s Secret stores in North America this year. But executives on Thursday morning’s conference call with analysts said that’s likely just the beginning.

“We think there will be more store rationalization over the next several years as well,” Stuart Burgdoerfer, executive vice president and chief financial officer, as well as interim chief executive officer of Victoria’s Secret, said on the call. “There is an additional need to further rationalize the real estate in the business.”

Just how many Victoria’s Secret stores will permanently close is unclear.

“Obviously, as you move out in time we’re less certain of that,” Burgdoerfer said

But he added, “We would expect to have a meaningful number of additional store closures beyond the 250 that we’re pursuing this year. Meaning, there will be more in 2021 and probably a bit more in 2022. Obviously, our ability to forecast that — we’ve got a point of view today — but that’s dynamic.” 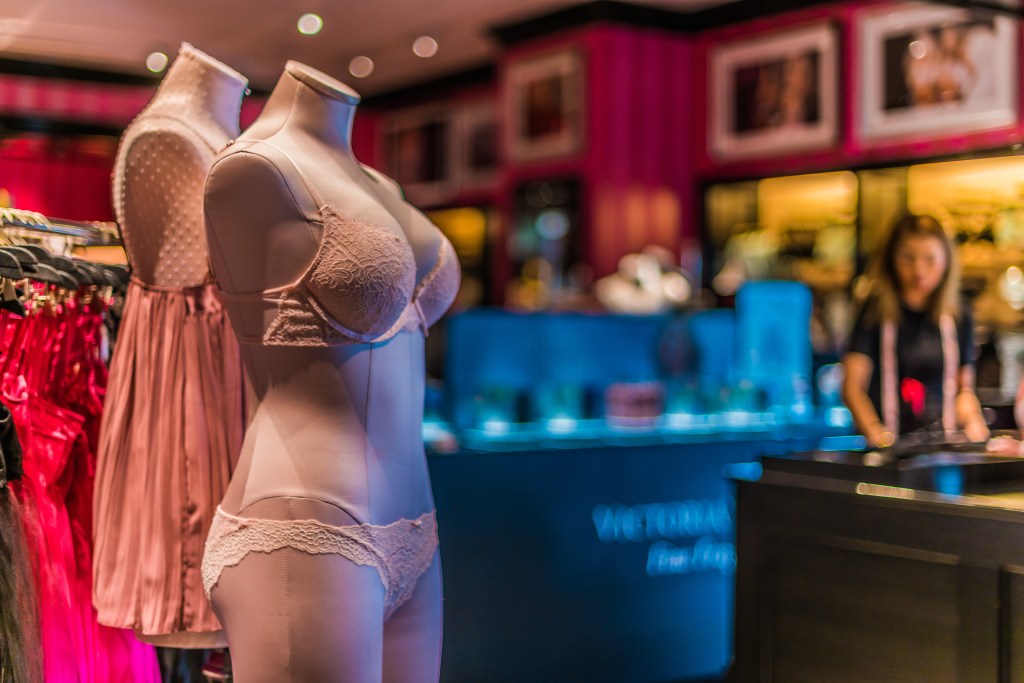 The path forward for the new Victoria’s Secret — which executives on the call dubbed “Victoria’s Newco” and would include Victoria’s Secret Beauty and the Pink brands, in addition to the lingerie business — would include downsizing overhead at L Brands’ Columbus, Ohio, headquarters, reevaluating the businesses in the U.K. and China, and reopening the remaining stores Stateside.

“What we see is a somewhat smaller, but substantially more profitable business with a much better foundation and then obviously, a return to growth, which is what all of us are looking for, for our associates, for our customers, for shareholders,” Burgdoerfer said. “We see a pathway for a business that’s, say in the neighborhood of a $6 billion-ish business, or a $5.5 billion business; one that mixes much more significantly to digital and one, obviously, that’s substantially more profitable than the current or recent state of the business.”

Revenues at the Victoria’s Secret business, for the year ending Feb. 1, totaled $6.8 billion. While substantial, those numbers don’t paint the full picture — one of a business consistently losing revenues over the last three years as consumer preferences have shifted in the intimate apparel market.

But as stores shuttered due to the pandemic, Victoria’s Secret, like most retailers, saw steep sales declines. Sales fell 46 percent for the latest three-month period to $821 million, down from $1.5 billion a year earlier. Even the normally lucrative Bath & Body Works brand suffered during the quarter.

(One bright spot was Bath & Body Works’ hand sanitizer business, which was worth roughly $100 million last year. Andrew Meslow, ceo of L Brands and Bath & Body Works, estimates it could be worth two to three times that going forward.)

Even so, L Brands has implemented a number of strategies at Victoria’s Secret over the last 18 months to help curb costs, including reintroducing swimwear online, canceling the annual fashion show and selling off unprofitable businesses.

Then, in February, the company said it was selling a majority stake in the Victoria’s Secret business to private equity firm Sycamore Partners for $525 million. But the deal was scrapped in May. (Although representatives for the retailer have said it might pursue a new buyer at a later date.) Even so, L Brands decided to move forward on its plans to split into two.

“We would expect that that work will be largely concluded, or concluded by the end of the second quarter,” Burgdoerfer said. Although he later added, regarding “a specific timeframe, I want to be careful about, but want to be crystal clear: The board has been crystal clear, itself and with management, which is the intention is very clear. We’ve got to get through these steps that I mentioned and the work about how to best separate the businesses will intensify as we move through the fall season.”

For now, the company is focused on reducing inventory receipts across both brands, reassessing talent — L Brands chief operating officer Charles McGuigan is set to resign in July — dividing functions shared across brands, such as technology, sourcing and distribution, and determining which brand will carry the company’s $9.1 billion worth of debt.

“Those are things to be determined,” Burgdoerfer said. “It would be premature to get into the details. But I would take notice of the approach that we pursued [in the Sycamore transaction] because based on facts and circumstances then, obviously we felt that that was an appropriate approach.”

Meanwhile, the remainder of the Victoria’s Secret and Bath & Body Works store fleet is expected to open by the end of July with enhanced safety precautions. L Brands is currently in discussions with landlords for possible rent abatements or reductions, after not paying rent in April.