The company is laying off about 15 percent of its core lingerie staff.

The changes include the departure of April Holt, who has served as executive vice president of stores and store operations for Victoria’s Secret for more than 16 years.

A spokesperson from parent company L Brands attributed the executive’s sudden departure to personal family matters. The spokesperson also confirmed that about 15 percent, or approximately 50 people, of the company’s core lingerie division have been laid off.

“We’re on the all-important journey to turn around the Victoria’s Secret business,” the spokesperson said. “As we’ve said, everything is on the table including having the right talent in the right places. Today we announced new leadership positions and organizational changes that help us simplify the business, which allows us to be more agile. We believe these efficiencies are crucial to the evolution of our brand.” 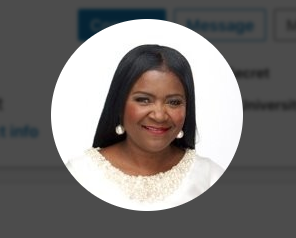 But the statement shouldn’t come as a surprise.

“We’ve taken some talent actions at the senior level and we’ll continue to assess talent and structure throughout the remainder of the season to pull out complexity from the business,” he said at the time.

Holt’s sudden departure marks the company’s third high-profile exodus in less than a year for what has been a turbulent 12 months for the retailer.

Last November, Jan Singer left her post as ceo of Victoria’s Secret after less than two years. Tory Burch alum Mehas was brought on to replace her and hopefully turn the struggling company around. Both revenues and profits have been dwindling at the lingerie company since 2017.

Since then, Victoria’s Secret has employed a number of tactics to improve margins and lure shoppers back. Such as shuttering stores, reintroducing swimwear to the web site, ditching unprofitable businesses like La Senza and Henri Bendel and even axing the famous fashion show⁠ — for now.

Even so, L Brands stock, which includes Bath & Body Works and Pink in the company portfolio, is down more than 46 percent year-over-year. And while Victoria’s Secret is still the market leader in women’s intimates apparel, it has steadily been losing market share as shoppers gravitate toward brands that promote inclusivity and a variety of different body types.

In fact, the backlash was so severe that viewership to the annual fashion extravaganza, which was once billed as one of fashion’s hottest events and which Razek was responsible for casting for nearly a quarter of a century, declined and Razek was forced to apologize by way of social media. Razek stepped down from his post the following August.

During L Brands’ September Investor Update Day, Mehas said the company was working on re-branding itself and would be incorporating fresh marketing strategies. So far the changes include hiring the company’s first transgender model, Valentina Sampaio, in August, and most recently, hiring size-14 model Ali Tate Cutler, for the Bluebella for Victoria’s Secret campaign.

Transgender model and actress May Simón Lifschitz was also cast in the Bluebella for Victoria’s Secret campaign. Images of Lifschitz can be found on victoriassecret.com and in select stores, including the New York and London flagships.

But the tactics left some wondering if it was too late. A number of other brands have been using a diverse array of models for year, even as Victoria’s Secret clung to its super-skinny Angel image.

“Fashion businesses have to have leaders that are curious,” Wexner said. “And I think what happened in Victoria and, I think, Pink is…I will say, a lack of curiosity at the leader level and going back and repeating things that had worked. And that’s just the bane of all retail businesses. It’s so hard to find winners, and then when you find them, you want to exploit them. And then you start looking in the rearview mirror because hindsight is perfect. And that next fashion cycle, that next idea is always risky, and it may be wrong.

“Victoria is the leading lingerie brand in the world for adult women and Pink for the leading brand for younger women,” Wexner continued. “Every one of the brands leads in its segment. None of our brands have a direct head-to-head, sizable competitor. So that’s the opportunity. And with good leadership and good execution of good ideas, things can get better very quickly.”