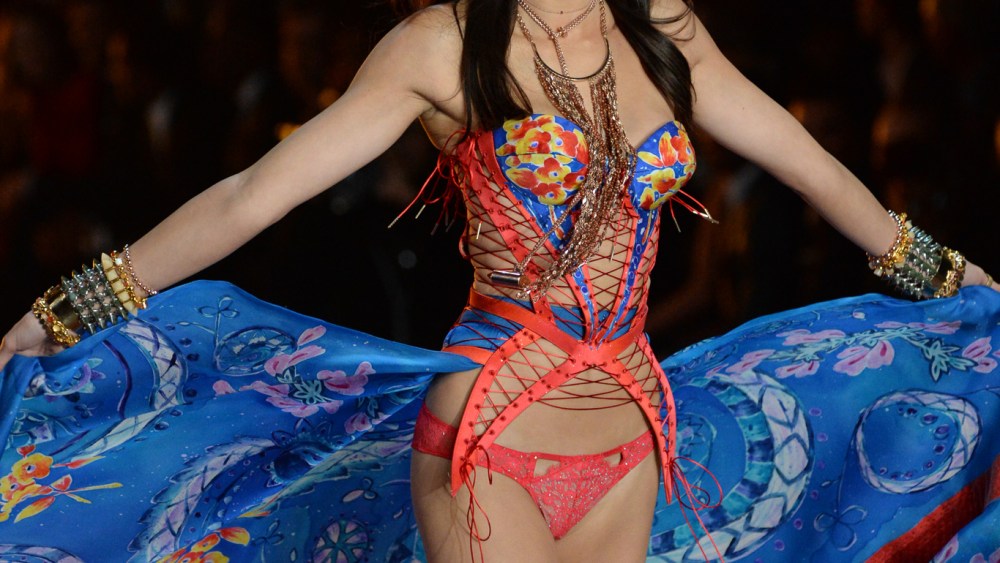 The lead-up to Victoria’s Secret’s 20th annual fashion show played out like a soap opera. The narrative got rolling with Gigi Hadid’s addition to the lineup. Victoria’s Secret released video of the model auditioning for the show — for the third time — and finding out she finally made the cut. She dropped to the floor and cried.

Shortly after, Rihanna canceled her performance at the event — British singer Ellie Goulding replaced her — and Kendall Jenner revealed that she was in and would walk the show for the first time.

Fast forward to the main event, which took place Tuesday night at the Lexington Avenue Armory in New York City, and another story was unfolding in the front row, which included rapper Tyga sans girlfriend Kylie Jenner, Nick Cannon, Ireland Baldwin, Adrian Grenier and Tyson Beckford — but was void of any Kardashians.

Instead, the Jenners — Kris and Caitlyn — were there. Kris arrived first with her boyfriend Corey Gamble and a few minutes later Caitlyn, fresh from taking home the Glamour Woman of the Year Award the night before, made her way to her seat, which was about four yards away from Kris.

Guests waited with camera phones ready to see if any exchange between the two would happen. Eventually, it did, but it was anticlimactic: Caitlyn walked down to Kris to trade pleasantries before the actual show finally began.

Behati Prinsloo opened the event for the second time in a row, which no model has ever done, and ushered in the first theme for the night: boho psychedelic. Bras, panties and bikinis were accentuated with Brian Atwood-designed thigh-high suede boots and lace-up platform stilettos along with fringe jackets and long flowing capes covered in trippy prints.

Goulding’s performance of “Army” was the backdrop to an exotic butterfly theme, which was led by Victoria’s Secret veteran Adriana Lima. Angel wings became, as expected, butterfly wings, and swaths of bright fabric whipped around the girls’ bodies creating cocoonlike shapes. Goulding sang again later in the show during the Ice Angels set, the winter-themed portion of the night that featured models wearing furry hats, elaborate feather wings and diamond-encrusted bodysuits that hearkened back to Britney Spears.

The mood turned darker when The Weeknd, the crooning singer known for mixing controversial lyrics with sing-songy melodies, took the stage for the Portrait Of An Angel section of the night. He sang “In the Night” as models strutted past him in pastel get-ups that channeled a sexy Marie Antoinette.

Selena Gomez lifted the energy in the room with her own gang of dancers, all clad in moto vests, and sang “Me & My Girls,” for the Pink USA theme, which celebrated a myriad of occupations. Megan Puleri wore a silver astronaut leotard; Hadid wore a red sports bra and baggy yellow pants that were reminiscent of a firefighter, and Leila Nda channeled a cowboy with a Western shirt and wide-brim hat.

Before the night ended, The Weeknd sang his hit song “Can’t Feel My Face,” as models wore looks inspired by fireworks. This segment conjured up the most inventive wing designs. Joan Smalls’ wings took on the shape of a firework and actually spun, while multiple gold stars sprouted from Constance Jablonski’s back.

For the finale, confetti shot into the air and the girls danced to “Electric Love” by Børns.