The event is to take place December 2 at London’s Earl’s Court. 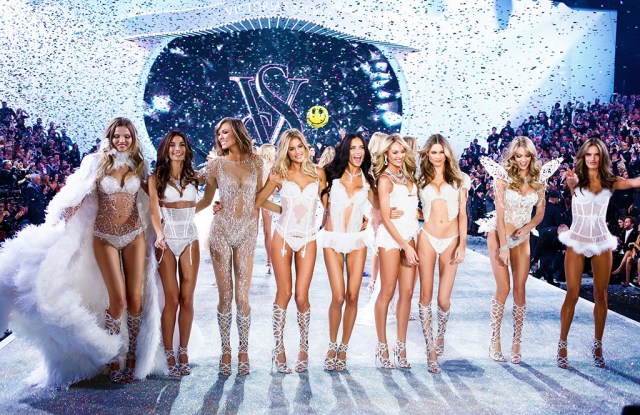 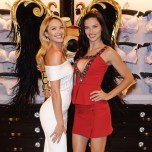 LONDON BOUND: Victoria’s Secret is bringing its runway spectacle to London. The event is set to take place at London’s Earls Court on Dec. 2. The label tapped its longtime models Adriana Lima and Candice Swanepoel to make the announcement at its sprawling London store on New Bond Street, together with its chief marketing officer Ed Razek. “Victoria’s Secret has become such an international brand, the show has been in Cannes before, we’ve done it in Los Angeles and Miami, and the last couple of years in New York, and I think it’s just natural for us to come to London,” said Swanepoel.

Razek said that the company has had its eye on showing in the city since 1998, but said that it was only now, with six stores in the country, that the label had “enough critical mass” to show there. Razek, who said the label plans to open more stores in the U.K., added that having found Earls Court as a location, “it just all came together.” As to celebrity performers and guests, Lima ventured that she’d like Elton John to perform, as she’s “a big fan,” and extended an invitation to Prince Harry. “If he would like to come, he has a front row seat,” she said with a grin.

Razek also noted that he’d told British model Cara Delevingne to pencil the show in her diary. Delevingne was among a number of British models who walked in the show last year, alongside Jourdan Dunn, Lily Donaldson and Malaika Firth.

The show will be broadcast on CBS in the U.S. and will be shown in 192 countries globally. It is being produced by Done + Dusted, a television production and event staging company, with Hamish Hamilton as the director.