What to Watch: Victoria’s Secret and Its Fallen Angels

Can the lingerie giant make a comeback?

It’s no secret that Victoria’s Secret is not doing well.

The retailer’s list of sorrows includes declining sales, dated fashion trends, money-hemorrhaging stores, class-action lawsuits from investors upset by the falling stock and even a connection with an alleged child sex predator.

It’s safe to say that the lingerie giant has seen better days.

But the company won’t be holding a vigil anytime soon, either. In fact, so far this year, Victoria’s Secret has sold more than $3 billion worth of bras and underwear. And it’s still the market share leader in women’s intimates apparel, both domestically and abroad. 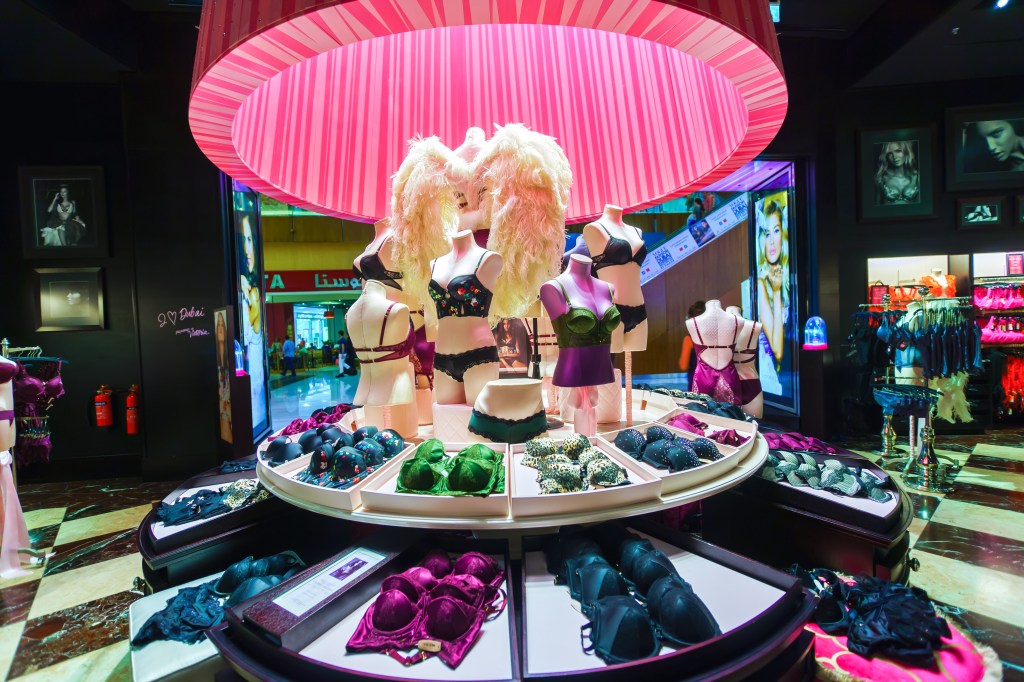 For a while, the Angels and its roughly 1,100 Victoria’s Secret brick-and-mortar stores across the nation were enough. Women could walk into their local mall and pick up somewhat affordable bras at the stores, and had few other options for places to buy undergarments.

But then something happened. Like online shopping and the convenience of ordering from home. Suddenly malls weren’t so happening anymore. Many of them faced store closures and high vacancy rates.

Pair that with the body-positivity and #MeToo movements and women were left wondering why they had to aspire to look like an Angel anyway. Especially when brands like American Eagle Outfitters’ Aerie, Adore Me and ThirdLove, among others, were showcasing real women. Those real women came with things like stretch marks and cellulite and gray hairs, things women could relate to.

Profits at parent company L Brands Inc., which includes Bath & Body Works and Pink under the company umbrella, have fallen from $1.25 billion for the 12 months ending January 2016  to just $575 million during the most recent 12 months, as a result.

Ed Razek’s now-infamous interview with Vogue magazine last fall, around the time the Angels returned to New York City for the annual Fashion Show, didn’t do much to turn this around. In fact, it helped solidify in many shoppers minds the notion that Victoria’s Secret wasn’t catering to the needs of women — but rather to the gaze of men — when Razek, then the chief marketing officer of L Brands, said “the show is a fantasy.” He added that no one had any interest in seeing plus-size or transgender models on the catwalk.

L Brands founder, chairman and chief executive officer Leslie Wexner’s ties to financier and convicted sex offender Jeffrey Epstein also hasn’t helped the company’s image. Wexner and L Brands did their best to distance themselves from Epstein after his July 6 arrest for sex trafficking — allegedly of minors — even hiring outside council to investigate — or prove — that they had cut ties with him years earlier. (Epstein later died of an apparent suicide in his Manhattan jail cell.) But there’s no denying that Epstein handled Wexner’s billions for years. Wexner even made Epstein a trustee of the Wexner Foundation at one point. This news did little to improve the company’s reputation, especially among investors. L Brands’ company shares are down roughly 36 percent year-over-year.

But things might be changing. In the most recent conference call, Stuart Burgdoerfer, executive vice president and chief financial officer of L Brands, said the company was looking to update Victoria’s Secret’s overtly sexy image.

That’s in addition to the other tactics the company has employed in the last year. Such as tapping Tory Burch alum John Mehas to run the lingerie business and outing Razek, bringing back swimwear, closing unprofitable stores, hiring Victoria’s Secret’s first transgender model and even reevaluating how and if the Fashion Show should return.

L Brands even gave up some control of it its board, allowing activist investor Barington Capital Group to bring in two board members and to serve as “special advisers” to the company in the spring.

But if last quarter’s earnings were any indication — sales at Victoria’s Secret declined once again — change takes time.

“This story comes down to [the fourth quarter],” Ike Boruchow, retail analyst at Wells Fargo, wrote in a recent note. “Over the past several years, despite meaningful struggles across the business, [L Brands] management has been very set in their ways, appearing somewhat dismissive of the need to change their model and evolve in the views around profitability.

“L Brands will need to prove that the Victoria’s Secret brand can be fixed,” he continued. “Q4 will be a real ‘rubber-meets-the-road’ point in our view.”