The brand joins the race to snag market share in the competitive men's basic apparel business.

Vince Camuto is getting in to the men’s underwear business.

The new collection is a first for Vince Camuto, which up until now has sold pretty much everything — men and women’s apparel, accessories, footwear and women’s lingerie — except for men’s underwear.

“It was a natural extension to the brand, especially due to the success of the women’s business,” Effie Zeyra, president of the men’s division at Vandale, the intimates apparel company that licenses the Vince Camuto collection, told WWD. Vandale also holds licenses for sleepwear, activewear and shapewear licenses for Jessica Simpson, Olga, Rampage and Izod, among others, in addition to a number of in-house brands.

In fact, in the competitive intimates apparel landscape, men’s underwear has largely been left unmentioned. That is, until now. Start-ups like Mack Weldon and Tommy John Underwear have flooded the market in recent years. Even bigger players, like Nike and PVH Corp., have announced plans to either enter the category, or expand their existing offerings. 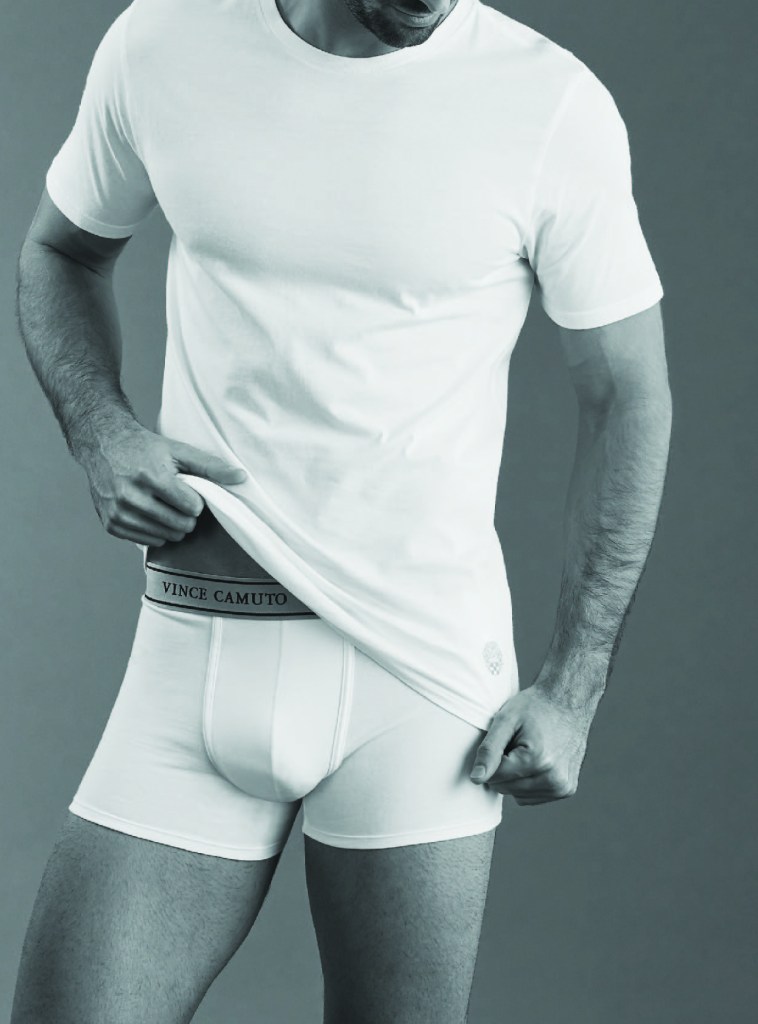 But even with so many new entrants in the market, Zeyra, who was hired in 2018 to run the men’s wear division of Vandale, pointed out that Vince Camuto offers considerable brand equity at accessible luxury price points.

“The DNA of the brand is the modern, stylish guy,” Zeyra said. “To stay true to that DNA, we use elevated fabrics and modern prints that are affordable.”

The inaugural collection will include boxers, boxer briefs and briefs in 12 prints, five different waist bands and three different packaging designs. Prices start at $36 for a three-pack of briefs, $42.50 for a three-pack of T-shirts and $24 to $48 for single pieces of loungewear. Products will be available in August at vincecamuto.com, Amazon and in stores like Nordstrom Rack and smaller boutiques nationwide.

Zeyra said the decision was made not to limit distribution to a single channel.

“There’s always been a conversation about online versus brick and mortar. Which one is better?” she said. “But I think there’s room for both. They help each other. Because online, visually it looks better. But in brick-and-mortar [stores] you can feel a product.”

The differences in the way men and women shop — men often buying in bulk once they find a brand and style they like to save time — explains why products are mostly only available multipacks, Zeyra said.

Jared Poff, executive vice president and chief financial officer of DSW, told analysts during a call after the acquisition was announced that the Camuto Group, which founded Vince Camuto in 2001, generated total revenues close to $435 million in 2017.

Zeyra likened the initial Vince Camuto men’s intimates collection to an experiment, to see what works best among consumers.

“We’re really looking to grow the men’s business,” Zeyra said. “So we’ll continue to test new things. That’s the key to this business.”