Yummie Tummie Fires Back at Spanx

Heather Thomson is countersuing the Atlanta-based firm with a patent infringement complaint in the Southern District Court of New York. 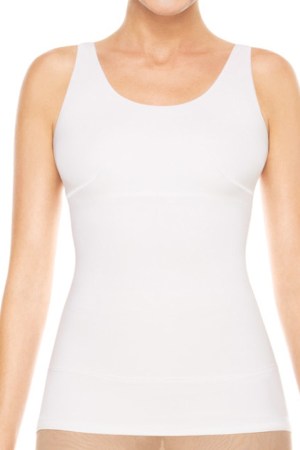 Cosabella Pumps Up Inclusivity With New Underwear Sizes Across Genders

The shapewear smackdown between Spanx Inc. and Yummie Tummie is heating up as a battle brews to determine who is knocking off proprietary product and whose home turf a court battle will take place.

Heather Thomson, president of Times Three Clothier LLC and creator of the Yummie Tummie lifestyle brand, fired her first salvo against Spanx and its founder, Sara Blakely, on Tuesday by countersuing the Atlanta-based firm with a patent infringement complaint in Southern District Court of New York. Times Three also filed a motion to transfer or “stay” a declaratory judgment filed by Spanx in the Northern District Court of Georgia on March 5. In the lawsuit, Spanx contends that its products, including The Total Taming Tank, The Top This Tank style and The Top This Cami style, “have not infringed and do not infringe any valid claim of the patents-in-suit.”

What makes this recent move dramatic is that the “Georgia action” filed by Spanx is a “virtually identical action” filed by Times Three, according to court documents. Times Three is seeking to postpone the Spanx lawsuit in Georgia so it can proceed with its New York action. But whatever the result, there is a possibility that both lawsuits could go to jury trials if a settlement is not reached.

As reported, the two high-powered women entrepreneurs are disputing the validity of patents for shapewear products owned by Thomson, who claims that Blakely knocked off several patented control tops.

Spanx officials did not respond to queries for comment.

Thomson — a reality TV star of “The Real Housewives of New York City” who’s just been tapped for the upcoming sixth season — said she is “livid.”

She is no stranger to confrontation. In addition to securing a patent infringement settlement from Maidenform Brands Inc. in August 2011, she took on LF USA Inc., a U.S. subsidiary of privately held Li & Fung Ltd., the Hong Kong-based sourcing and apparel manufacturing conglomerate. LF USA settled in June 2012 for an undisclosed sum.

Another point of contention are the retailers that are selling the alleged knockoff products by Spanx, which include J.C. Penney, Kohl’s and QVC. So far, a cease-and-desist letter has been sent to QVC because of a “prior infringement issue.” Further details were not available.

“But we have not filed lawsuits against the retailers,” Thompson added.