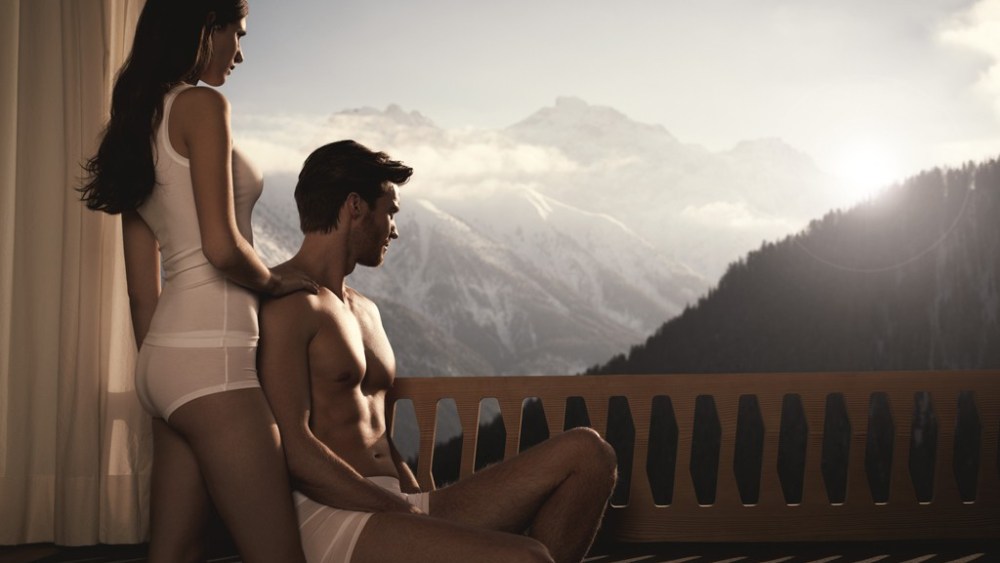 BERLIN — For Swiss underwear company Zimmerli, it’s not back to basics — but forward.

Founded in 1871, the luxury label is being given a new brand identity, which was presented to the trade at Mode City in Paris. The logo, last retouched 40 years ago, has been streamlined, while the core silhouettes for men and women have also been subtly refined and reshaped to better place Zimmerli’s timeless looks in the context of today.

The relaunch will be completed by February 2014, supported by Zimmerli’s new in-store look, which can currently be seen at the brand’s Rue Saint-Honoré Paris flagship, and shops-in-shop in premium department stores like Berlin’s KaDeWe and Zurich’s Zelmoli. Visuals on the Web and in trade and consumer advertising are taking on a more graphic and sophisticated tone, even those images boasting a towering alpine view.

“Zimmerli’s competence is in basics and will remain so in the new strategy,” said Marcel Hossli, Zimmerli’s chief executive officer. So will the heritage brand’s all-Swiss DNA, hand-finishing and top-of-the-line price positioning, all of which go against the grain of cost-shaving and margin-boosting practices in today’s ultracompetitive market, he said.

For a time, it wasn’t clear how Zimmerli would respond to shifting market conditions. The family owned company was acquired by Switzerland’s Von Nordeck International Holdings in 2007. “At the same time, the economic situation changed dramatically. The business world was not the same after Lehman Brothers [went bankrupt] in 2008,” he stated.

“Until 2008, the brand had been successful without much effort.…It was also conservative and a bit dusty,” he acknowledged, saying currency fluctuations with the Swiss franc broke margins by about 60 percent in a very short time. “The question was what do we do? Conform and move production to Bulgaria, Poland or Asia, or stay here?”

Zimmerli has opted to stay 100 percent Swiss, and is out to stake its claim as “the world’s finest underwear, handmade piece by piece in Switzerland since 1871.” Like a seasoned mountaineer, Zimmerli doesn’t find the air too thin at the top.

Due to once-again-rising cotton prices, Zimmerli’s prices went up slightly at the beginning of the year.
But Hossli noted, “We don’t intend to increase prices tremendously, and definitely not just because we’ve done a re-branding.”

Hossli said he aims to keep distribution more selective than ever.

“The previous owners sold to all, but we now have approximately 800 points of sale. And while we intend to double our turnover in the long term, I don’t think we need to increase doors to more than 1,000,” he stated.

The Aarburg, Switzerland-based company does not release annual wholesale sales figures, but Hossli noted, “Men’s continues to generate two-thirds of sales.…The growth rate for women’s is higher than the men’s business.” From a regional standpoint, Switzerland remains the top market, followed by Germany, Russia and the U.S., where CMK Distinctive Brands has now taken over distribution for men’s and women’s products.

“The U.S. is not yet in our top three [markets], but I see big potential. It is the biggest luxury market in the world,” said Hossli.

Asia is also in Zimmerli’s sights, and the company’s first monobrand store in the region is slated to open in Taipei in September. “We can recognize increased interest in the brand by Chinese customers, but there’s a real difference between the Swiss customers we’ve been serving for 30 years and the new Chinese,” he added, noting that China is not yet a mature market.

“Customers come in and ask what’s the most expensive, because they think the most expensive is the best, which luckily in our case it is,” Hossli said. “But they choose different products. It’s a younger clientele, and while we don’t have fashion per se, they buy younger products, maybe of cotton and Lycra, whereas Europeans are more likely to buy 100 percent natural fibers.”