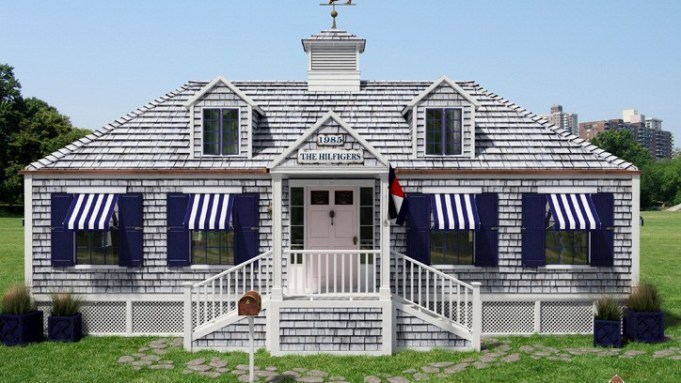 NEW YORK — Tommy Hilfiger, who built a $1.9 billion empire on preppy clothing, has enlisted the queen of prep, Lisa Birnbach, author of “The Official Preppy Handbook” and “True Prep: It’s a Whole New Old World,” for his latest endeavor.

Prep World, a capsule collection for women and men, will launch this spring with a global tour, featuring “drop-in shops” and events hosted by Hilfiger and Birnbach. The line will include 60 pieces that celebrate Hilfiger’s preppy classics with a twist, accessorized with such accoutrements as boat shoes, duck boots, Ping-Pong paddles and badminton rackets.

“While celebrating our 25th anniversary all around the globe in 2010, I realized the preppy look with a twist we pioneered over the years has gone global; every corner of the world interprets it in different ways,” said Hilfiger, who was interviewed with Birnbach on Monday. “I developed the Prep World capsule collection to capture that spirit of adaptability and individuality.”

The collection will be sold exclusively in Hilfiger’s retail stores and on tommy.com, as well as in branded Prep World drop-in shops inspired by an East Hampton beach house. An actual traveling beach cottage, which measures 800 square feet, will first open in Manhattan April 28, before spending a week each in two other U.S. cities, as well as Paris; London; Amsterdam; Milan; Stockholm; Madrid; Sylt, Germany; Knokke, Belgium, and Tokyo throughout the summer. The company has received permits to set up the beach cottage in highly trafficked areas in the various cities.

Birnbach, who first wrote about the preppy lifestyle in 1980, has witnessed a resurgence in preppy dressing in recent years. “I was in Europe, and I did some scouting and research…and preppy is very much of the moment,” she said. “Tommy Hilfiger has always been a pioneer of our quirky aesthetic. We might have gone to prep school or been thrown out of prep school or lived near a prep school, but even without a direct connection to a private school, we get the aesthetic of sportswear and owning clothing until they are worn and comfy cozy.”

Hilfiger said he reached out to Birnbach last summer to get her take on global prep.

“Trey [Laird, owner of Laird & Partners, Hilfiger’s ad agency,] explained to me how significant Tommy and his brand were in Europe, and I was excited to break out of the American prep confines,” said Birnbach. Her latest book, “True Prep: It’s a Whole New Old World,” was released in September, is now in its third printing and will be sold at the stores. While Hilfiger’s trenchcoat is illustrated in the book, her book taps into a host of preppy brands, such as Lacoste, Sperry Top-Sider, Brooks Brothers, Ralph Lauren, Burberry, Barbour, Hermès, Hunter Wellies, Tory Burch, Lilly Pulitzer and J.M. Weston. “For a portion of society who went to prep schools and live in preppy communities and play polo and lacrosse, this never goes away. Students will always be coming out of Andover and Princeton,” said Birnbach. However, she’s found that for those who adopted this style in the Eighties and then saw grunge and other looks take precedence, “it’s back in a very large way.”

She noted that nowadays, preppy clothes, in general, have leaner silhouettes and are less boxy. “They fit better. Preppies had to start exercising, and they’re wearing clothing that fits well,” she said.

Hilfiger said he has seen firsthand that preppy clothing is alive and well throughout Europe and Asia and is interpreted different ways, such as bold and colorful in Italy and more staid and sophisticated in France. “The Japanese have been fanatical over preppy for years,” said Hilfiger, citing their preference for really colorful looks such as big argyles and bright madras. Hilfiger added that, above all, the looks “have to be authentic, and have to come through in quality and originality.”

According to Avery Baker, executive vice president of global marketing and communications at Hilfiger, a division of Phillips-Van Heusen Corp., a key component of Prep World will be a social-media campaign. Prep World will be launched on the tommy.com site and will contain custom content, including what it means to be preppy around the world. The Prep World Global Guide, edited by Birnbach, will be published online when the store hits a particular town. The site will also include Hilfiger’s suggestions for the best restaurants in a particular city, as well as opportunities for customers to upload preppy photos of themselves on the Facebook site. “The Hilfigers,” the fictitious family featured in the company’s ad campaign, will make selective appearances at the stores.