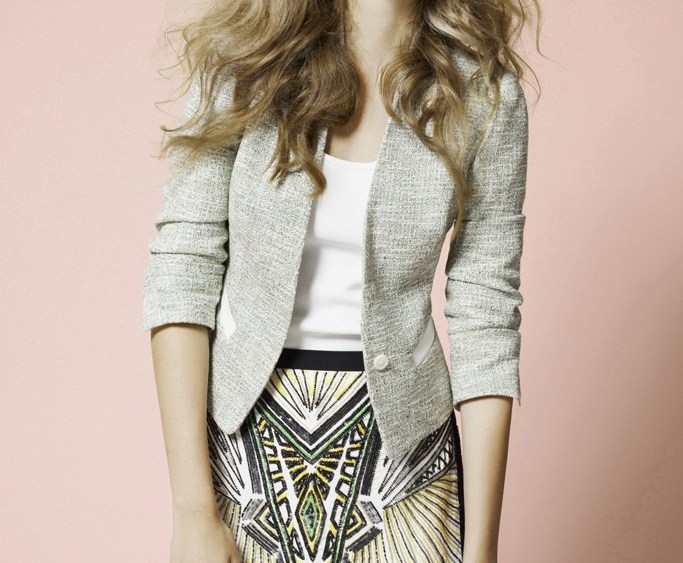 A.B.S. by Allen Schwartz, well established in the dress and eveningwear category, has expanded into contemporary sportswear.

The Los Angeles company has licensed Corwik, a Montreal-based firm, to manufacture and market A.B.S. Sportswear by Allen Schwartz, which will hit U.S. and Canadian stores for spring.

“It’s advanced contemporary styling at an opening price point,” said Ayal Twik, president of A.B.S. Sportswear. The line, which uses Italian and other European luxury fabrics, is under the creative direction of Allen Schwartz. Tamara Nakonechny, former designer at L.A.M.B. by Gwen Stefani, is the designer of the line. A large portion of the collection will be dedicated to “fast fashion,” where the company will develop, source and ship to stores in 60 days or less to stay on top of the latest trends. The line, which the company touts as “sophisticated playfulness,” will be manufactured in China.

For spring, the key influences are Art Deco and Byzantine architecture. This is combined with clean, modern silhouettes and soft athletic elements. Among some of the spring looks are Deco-inspired beaded tops paired with lightweight bouclé jackets and athletic shorts. The line also features draped silk tops, floral silk tunics, cable-knit tops and jacquard shorts. The line’s wholesale prices range from $39 to $145. It will launch in January in better specialty stores and department stores. The company is following the same distribution as A.B.S. dresses, which are carried at such stores as Saks Fifth Avenue, Bloomingdale’s and Lord & Taylor.

According to Twik, the company, which has a New York showroom at 214 West 39th Street, expects to generate $15 million in wholesale volume the first year.

Corwik, a $95 million sportswear and outerwear company, was established in 1978 and is a leading importer and designer of women’s apparel. Exclusive brands include Dalia, Renuar, Boca and Katherine Barclay. Besides A.B.S. by Allen Schwartz, its licensed brands include Hilary Radley. Corwik is also a partner in Levy Canada, which produces outerwear brands for Canada such as Betsey Johnson, Laundry, and Nautica, and FDJ French Dressing, a denim and denim-related sportswear brand, which sells to 2,000 specialty doors.