To try to bring its new Originals White Space Project ad campaign to life, Adidas Originals will give young women creative reign in nine of its stores. 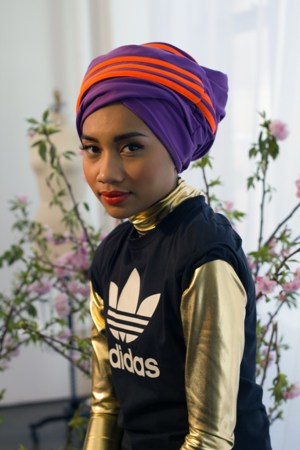 To try to bring its new Originals White Space Project ad campaign to life, Adidas Originals will give young women creative reign in nine of its stores later this month.

Blank slates, so to speak, have been set up in each of the locations — New York, Berlin, Milan, Beijing, Tokyo, Oslo, São Paolo, Athens and Bogota — so that shoppers can express themselves through art exhibitions, cooking classes and on-the-spot styling. The brand’s spring collection will be front-and-center at the DIY-centric gathering, so that shoppers can express themselves with its signature three stripes, too.

In the SoHo store on April 24, musician Yuna Zarai will perform tracks from her new album, which was produced by Pharrell Williams and drops that same day. The accessories designing twin sisters Coco & Breezy will be on hand to give 200 shoppers fashion tips.

Kanyessa McMahon of the production company Suddenly There directed the video with some input from Samia Grand-Pierre and Lois Sakany, founders of the women’s lifestyle blog Highsnobette. Grand-Pierre and Sakany will be at the downtown store to record the event.

Customers will receive a trefoil T-shirt to customize with crystals, studs and garments and anyone who is lacking a little inspiration need only to look at the customized pieces from the video. Instaprint booths will be set up for guests to take photos of their customized looks to share with their friends on Facebook, Twitter and other sites. The best content from each of the local events will be posted online at adidas.com. Consumers will also be encouraged to express themselves via Adidas Originals’ Facebook page, Twitter and Instagram.

Shoppers who don’t make it to the April 24 event can still show off their creativity by going to one of the nine stores, where a white space will be out for the taking through May 15.