At Mido, brands focus on innovation and cutting costs amid gloomy economy. 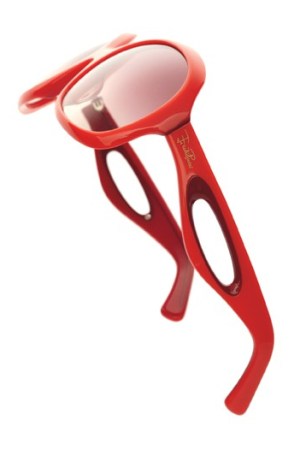 MILAN — While designers such as Dan and Dean Caten of Dsquared2, who launched their collection of frames at the Mido eye fair here, feel eyewear offers the finishing touch to accessorizing an outfit, the sector hasn’t been immune from the global financial woes.

The category took a beating in the fourth quarter and is showing no signs of recovery. Italian eyewear production, which accounts for roughly half the world’s licensed output, is expected to fall by double digits in the first quarter, as global demand continues to wane, according to Italian industry body ANFAO.

That was not lost on exhibitors at the trade show, which ran from March 6 to 9. They said they were streamlining costs and improving efficiencies to maintain profitability in the face of declining sales. But there are no plans to lower prices, although Marchon Eyewear Inc. and Marcolin SpA said they would focus more on the opening price point of some collections.

“The aspirational buyer has not disappeared. It’s just that [he or she] is looking for something that is more reasonable in terms of price and design,” said Marchon president and Marchon International chief executive officer Claudio Gottardi.

The general view at the Fiera Milano pavilions was that innovation and offering a good quality-to-price ratio were the keys to survival, and despite the depressed economic climate, there are still opportunities for growth and boosting market share. Marcolin introduced the Dsquared2 line, and Marchon launched Jil Sander eyewear at the fair, while Luxottica said it was taking Persol to the U.S. in the first half of this year.

“It’s about being fresh, innovative and bringing new ideas to the customer,” said Maurizio Marcolin, ceo of Marcolin. “We are not discounting anything on quality or design.”

For fall, there was a greater overlap between sunglass and optical frame designs, although the opticals were smaller and less exaggerated. Prada launched the Shade optical frame, after introducing the sunglass version for spring-summer at Silmo.

Styles followed the runway in being heavily influenced by the Forties and the Eighties. Bottega Veneta offered pince-nez optical frames in lightweight hypoallergenic titanium, horn and leather, while Carrera presented Vintage unisex sunglasses in neon hues.

Women’s frames were large and extravagant, particularly in terms of color, where many collections featured neon and makeup tones, such as Vogue’s raspberry-colored acetate sun frames with a glitter effect or Italia Independent’s acetate Peggy shades in an opaque pastel pink with ground-titanium arms.

Acetate and lightweight metals such as titanium and carbon dominated lines, either as solids or combined, while rubber was also featured. Jeckerson presented brown and cream frames in acetate and rubber, while Pirelli proposed the PZero collection of titanium shades, each weighing only 20 grams.

Logos remained small and unobtrusive, although many collections featured other signature touches. Dolce & Gabbana offered a black acetate pentagonal sunglass style with an undulating arm, Pucci showed plastic sun and optical frames in a range of candy colors that featured geometric prints from the archives, Dior attached precious stones such as turquoise to the temples and Versace’s collection featured a ribbon motif on the branches.

Calvin Klein launched men’s and women’s frames with a USB key built into the frame.