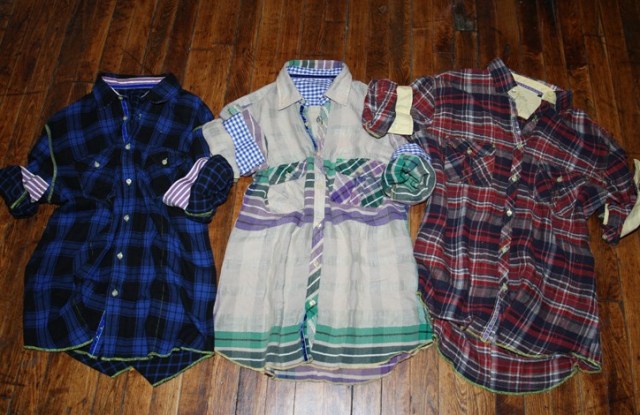 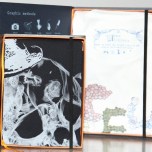 Denim, T-shirt lines and a distinct Los Angeles aesthetic dominated Project New York. As at other trade shows, buyers were optimistic for a retail rebound this year.

“Consumers are feeling more secure, and I think most people know where they stand with their jobs now. That sense of insecurity is lifting a bit,” said Leslie Letellier, men’s buyer at Theodore, which operates nine stores in Los Angeles and Palm Desert, Calif. “Things have definitely started to pick up in our stores. People haven’t shopped for a year, and they are bored with their closets. They need a fix.”

Letellier said she was buying more aggressively in styles she was confident in, but was still buying most categories conservatively. “You can always chase product later,” she rationalized.

One of Letellier’s favorite brands at Project was Arnold Zimberg, a purveyor of brightly colored shirts in special fabrics like gauze laced with Lurex, melding contemporary flair with luxury appeal. While vendors generally were emphasizing lower prices this season, Zimberg was unapologetic about the $150 to $240 retail price tags for his shirts.

“To just chase price is stupid. There are certain stores that will say things like: ‘Don’t show me anything over $185.’ I think those are the ones that will go out of business,” he contended, noting the brand’s best-selling shirt last season was $200. “It’s all about the product.”

At denim maker Rivet De Cru, the sweet spot was $115 to $145 for jeans. “The market is going cleaner,” said Ruben Campos, founder of the brand, which operates under Los Angeles-based manufacturer Denim Artisans. “Sales have been phenomenal so far. Retailers are actually buying for September, and not just immediates, which has been the norm during this recession.”

One of the more eye-catching booths belonged to a new Seoul, South Korea-based brand called Tee Library, which featured book-inspired graphics on T-shirts, which are packaged inside fake tomes. Fans of “Animal Farm,” “Alice in Wonderland” or “Dr. Jekyll and Mr. Hyde” can sport their literary tastes on their chests, while retailers can acquire a unique merchandising display scheme.

Plaid shirts remain the trend that just won’t die and they were on prominent display at Original Penguin. The Perry Ellis International-owned brand also featured tops with vintage graphics from the brand’s 55-year history, alongside skinny suits and polos fashioned from fine-gauge sweater material. For bargain hunters, the label offered a lower-priced line of basics, including simple polos and wovens which retail from $49 to $79.