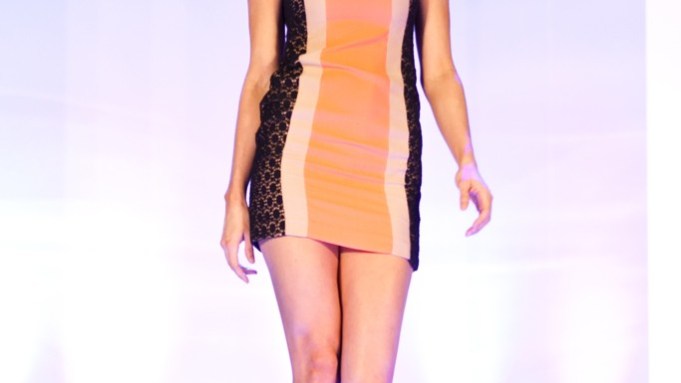 ATLANTA — Retailers focused on spring separates and dresses at the Atlanta Apparel Market, held Jan. 24 to 28, with barely a glance at fall offered by several brands.

Jan Bilthouse, buyer at Bilthouse here, said “We’re buying closer to the season because our season has been brisk and our numbers are way up. Usually, I buy fall at this show. Our fourth-quarter 2012 business was the best we’ve ever had. I have a lot of hangers to fill.”

Sales were up about 10 percent for the quarter, she said.

Not everyone reported such strong sales, but buyers were busy leaving orders, particularly for feminine looks such as lace or crochet, flowing fabrics and dresses, as well as colored and printed denim, short shorts, pencil pants and fitted skirts.

“There’s more emphasis on separates,” said Kaye Davis, executive director of fashion at AmericasMart, where the market is held. “Collections are not as prominent. It’s matching the unexpected.”

Lori Kisner, senior vice president of apparel, said, “Going into this market, I felt that people were more optimistic than I’ve seen in a long time. We expect this show to be good. People are done doing recession.”

Since the October 2012 show, the Atlanta Apparel Mart has opened and expanded 12 showrooms and opened Luxe, a juried temporary area for higher-end lines. Luxury is a growing category, said Caron Stover, director of trade shows at AmericasMart.

The Mart also offered 26 emerging designers, including Joan Naylor Studio (scarves), Southern & City (apparel), Apricot’s Jewels (jewelry) and Anna Victoria (apparel). Stover added that the whole temporary area is growing, with the number of booths at this show up 20 percent over January 2012.

Elena Groh, buyer for Canterbury Clothiers in Tuscaloosa, Ala., said her store had a strong fourth quarter, up about 25 percent, which she attributed to the store updating its vendor matrix. She placed orders for February and March deliveries for navy prints, pleated skirts, unconstructed jackets, and looks mixing fabrics and prints.

She ordered Peace of Cloth leggings, Isda & Co., L.A.M.B., Georg Roth and Not Your Daughter’s Jeans.

Megan Adams, owner of M.C. Adams Clothier in Boone, N.C., said she was buying all her spring at this show and starting summer. While her sales were up last year, she is buying the same or a little less, with plans to fill in when needed.

Terri Sadowski, owner of Plaza Suite in Greenville, S.C., said her business increased a little last year over 2011, but she wasn’t increasing her open-to-buy. She focused on immediates and deliveries out to June 30 with her major lines: Johnny Was, Elliott Lauren and contemporary designers including BCBG Max Azria.
Major trends for her included structured dresses, colored and printed denim, flowing fabrics and tops with special looks, such as cutouts or lace overlays. Bilthouse spent much of her time at the Mart with Johnny Was, focusing on dresses, printed pants and lots of color.