With a new ceo and financial backing from Norwest Venture Partners, Bailey44 is going from bland to brand. 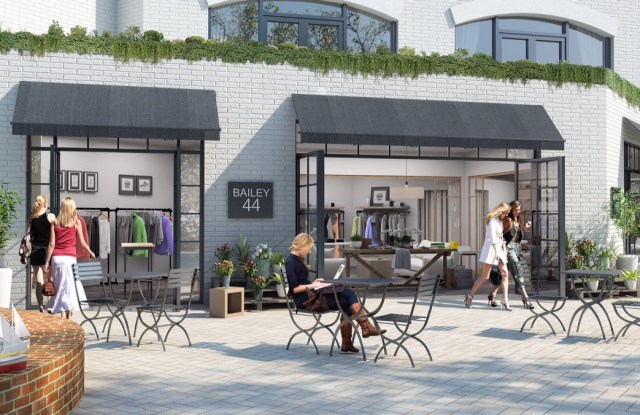 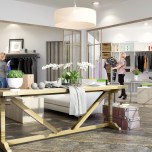 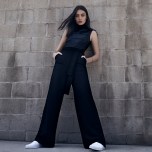 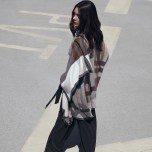 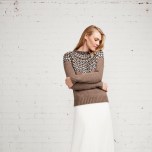 Bailey44 is taking the next step to go from bland to brand.

Over the past nine years, the women’s contemporary line has managed to grow sales annually by 20 percent without any hoopla that surrounded other fashion companies that have risen rapidly and then flamed out. Started by Shelli Segal and Ruthy Emsallem-Grode, it cultivated a following among women between the ages of 30 and 45 who could shimmy into the body-conscious fits accentuated by cutouts and ruching and digest the retail prices ranging between $90 and $350. They snapped up the dresses and blouses at Nordstrom, Neiman Marcus, Shopbop.com and other retailers. But that wasn’t enough.

Now, with the financial backing of Norwest Venture Partners and a new chief executive officer who has years of experience managing businesses at Helmut Lang, Theory, James Perse and Giorgio Armani, Bailey44 is vying to build brand awareness by launching the first of 15 stores, opening a 700-square-foot shop-in-shop in Bloomingdale’s flagship on New York’s 59th Street and introducing a higher-end line next year.

“In today’s world, good product is not enough,” said Chris Tate, who became ceo in January after serving as an adviser to the Vernon, Calif.-based company. “You have to have a complete approach.”

Blame it on technology. Even though Millennials and Gen Z keep fashion brands on their toes in the digital front, older shoppers also expect more. Especially in the past year, the demands of omnichannel retailing goaded executives to connect the dots between brick-and-mortar, Web sites, mobile gadgets, e-commerce and social media. Following Norwest’s acquisition of a majority stake for an undisclosed amount in late 2012, Bailey44 tried to advance its digital reach with e-commerce in March 2014. Since then, Tara Peyrache joined as chief marketing officer from Splendid and Ella Moss in August 2014. It also hired Modco Group to improve its search engine marketing and optimization. Wednesday, the agency behind Justin Bieber’s ad campaign for Calvin Klein, took on the task of constructing a new e-commerce platform and revamping Bailey44’s Web site, logo and imagery. It intends to make a digital push for its new fall marketing promotion, which features model Paula Marcina, photographed by Matthew Sprout and styled by Michaela Dosamantes.

“The world of digital changed far more to me than the Great Recession,” Tate said. “The customer wants to have a dialogue with you on a regular basis.” In particular, he added, “You have to have content and commerce. Your commerce will only grow so far.”

Tate is applying his know-how not only to Bailey44 but also to four other women’s brands that sit under the contemporary umbrella held by Norwest. At Bailey Group, he oversees Ali & Jay, a young contemporary dress-maker that sells at Macy’s; Superfine, the cult denim label cofounded 12 years ago by British designer Lucy Pinter; and Fine by Superfine, Pinter’s casual option launching next spring.

For next year’s pre-fall season, he’s adding a pricier Bailey44 offshoot called 44, which will be made in Italy and focus on European distribution. In comparison, the majority of Bailey44’s line-up is produced domestically. Whereas a snake print-embossed lambskin pencil skirt from Bailey44 retails for $438, prices for 44 will start at $300 and go as high as $1,500, on par with the advanced contemporary strata. It remains to be seen whether 44 can steal the buzz — and sales — from other advanced contemporary labels like Acne Studios and Alexander Wang.

Still, “the brand is continually evolving,” said Frank Doroff, vice chairman of Bloomingdale’s, which has stocked Bailey44 since its inception. And any brand should morph, since “the business is getting tougher than it used to be,” the veteran retailer said.

The women’s contemporary market has undergone quite a transformation since Bloomingdale’s carried Segal’s previous apparel venture, Laundry by Shelli Segal, decades ago. Doroff pointed out, “I see growth in the opening price point end of the contemporary market and growth in advanced higher end. The middle people are getting squeezed.” He believes in Bailey44 enough to grant it a permanent shop-in-shop in the casual end of its contemporary department. “Their sales are way ahead of last year,” he said. “I think we can take their business to the next level.”

Bailey44 aims to break the $50 million mark for revenue next year. By the end of this year, it plans to open a 1,700-square-foot boutique in Lido Marina Village, where it will count Apolis, Planet Blue and Steven Alan among its neighbors in the affluent coastal city of Newport Beach, Calif. Over the next 36 months, it is targeting 14 additional stores, possibly in New York’s TriBeCa neighborhood, Studio City, Calif., and Los Angeles’ Century City neighborhood. The question is: Will the economy sustain Bailey44’s ambition?

“We’ll see,” said Sonya Brown, general partner at Norwest in Palo Alto, Calif. Sitting on Bailey44’s board along with Norwest principal Rob Arditi, Brown referred to the template established by Kendra Scott, another one of the private equity firm’s investments. “We’ve seen Kendra Scott grow tremendously with physical retail stores,” she said. “They’ve gone from 14 to 24 in the last 18 months. I think there is opportunity out there.”

Plus, as a personal fan who discovered Bailey44 at a Saks Fifth Avenue in Boston, Brown sees potential for 44, despite the price hike from the core business. “It has to be great product with great fabric and great material. I do think, for really great prices, our core customer will reach for those. We may bring new customers,” she said. “The angle is really to take a brand that we thought was underdeveloped and help build the brand.”

Taking cues from his past endeavors at James Perse, Tate said Bailey44’s freestanding stores should add, rather than hurt, its wholesale business, which is supported by approximately 1,100 specialty stores. It expanded into Italy and Canada over the last 18 months. Resembling a sleek, modern home, the first unit is designed with white couches facing each other and glass doors that open onto a courtyard. Bailey44 is inviting New York-based Bastille Flowers to set up shop in both its Newport Beach location and the Bloomingdale’s installation.

“For us, it’s about having experiences and things that are memorable and you can’t create easily online,” Tate said.

While Segal stepped away as creative director a year ago, passing the reins to Paola Nieto, the seasoned designer still remains on the board. Emsallem-Grode, who is also a board member, works closely with Nieto. Both Bailey44 and 44 are under Nieto’s purview.

Hints of 44 emerge in the fall and holiday collections for Bailey44. For instance, a $429 black leather sheath for holiday is accented by leather braids and knots done in Italy, and a $246 Fair Isle sweater knitted from wool, cotton and cashmere is embellished with black beads and granite-colored crystals.

“We’re not necessarily changing the look,” Nieto said. “Our focus is to elevate the brand.”