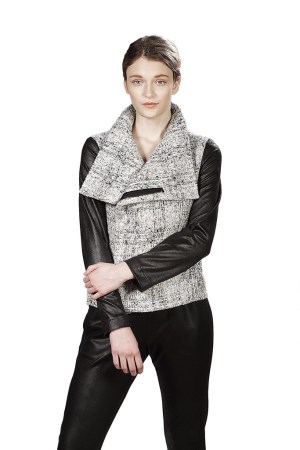 Is it over yet?

As another round of Las Vegas apparel and accessory trade shows, including MAGIC, WWDMAGIC, Project, Pool, FN Platform, Sourcing, ENKVegas, AccessoriesTheShow, Liberty, Stitch, Agenda, Capsule, MRket, CurveNV, the OffPrice Show and Women’s Wear in Nevada, gets under way, brands and retailers are grappling with the question of whether they have fully shaken off the effects of the recession.

“The market is in flux. You are seeing a lot of consolidation, and everyone is trying to find their place,” said Jason Gallen, president of Victorinox’s global fashion division. “Historically, when you would look at housing prices going up, stock prices going up and oil prices going down, you would see much higher consumer spend. The consumer was really shocked by the recession, and the amount of shopping for disposable things is less and less. People are smarter and investing in things with longevity.”

Overall, both men’s and women’s apparel segments have been inert. According to The NPD Group, sales of women’s sportswear, a category encompassing tops, bottoms, jackets, suits, dresses and athletic sets, remained flat at $94.5 billion in 2014 from the prior year. Men’s sportswear suffered a similar fate with sales stuck at $50.2 billion during the corresponding period.

It’s not all doom and gloom, though. Promising signs are emerging. In January, The Conference Board’s consumer confidence index showed the highest level of confidence since August 2007. The U.S. Bureau of Labor Statistics reported that the country’s unemployment rate was at 5.7 percent for the same month compared to 6.6 percent for January of last year. The National Retail Federation projects retail sales will jump 4.1 percent this year, slightly above the 3.5 percent bump registered in 2014.

Dominic Poon, president of denim brand Level 99, is anticipating industry-wide improvement throughout the remainder of the year. He said, “Holiday sales were pretty good. We didn’t hear it was a disaster from anybody and, at the end of 2014, inventory levels at all the retailers were pretty low. If low interest rates stay and there is more disposable income due to low oil prices and mortgage refinancing, they [shoppers] have more disposable income. I think eventually in this quarter and next quarter, we will see sales picking up.”

Heading into the trade shows, Christopher Griffin, president of WWDMAGIC and Sourcing, was encouraged by buyer enthusiasm. He disclosed attendee preregistration was up 27 percent generally and 42 percent for international attendees.

“With the U.S. economy at full steam now and a lot of international markets still stagnating, people are coming to the U.S., both in terms of brands seeking growth and attendees looking for newness,” he said.

When brands do take risks, they seem to be bearing fruit more than they have in previous seasons. Evelyn Ober, creative director at Kut from the Kloth, received good responses from buyers to pops of acid green and acid yellow in the brand’s shirts.

“That really surprised me because it is not necessarily normal,” she said, elaborating that, as a whole, “They are reacting to the fashion pieces a little bit more. Any kind of novelty I’m putting in denim, people are reacting to positively. Before, they were a little more conservative — dark washes and simple bodies — but now they’re into a white cuff with a funky bottom, and it’s great.”

Josh Reed, founder and chief executive officer of the men’s baseball cap and apparel brand Gents, is finding that men’s wear buyers and consumers are also embracing color like the maroon, gold, blue and purple hues the brand is featuring in its lineup of fall clothing, offsetting black, white and gray shades. “We are at the peak of men being more fashion-forward,” he said. “They are looking a lot more than ever at fit and at color.”

If apparel companies aren’t throwing crazy items into their fall collections, it could be because shoppers are gravitating to unassuming fashion. “I’ve found that the way people are dressing now may be due to fast-fashion fatigue. What people are buying are our most minimal pieces. They are the best version of the maxi coat or a simple lace dress. They are the best executed, great pieces. There is a simple, cleaner look that’s arriving,” said Katharine Brandes, creative director of BB Dakota.

Brands are strategically releasing elevated versions of classic pieces for fall and holiday. At Tommy Bahama, for example, Bradley O’Brien, executive vice president of design and product development, pointed out the brand is updating its cashmere sweaters with printing techniques that make them look like sea glass. In accessories, Tommy Bahama is enhancing its repertoire as well, with the launch of printed leather handbags. “We’re really looking at good, better, best, and making sure we have the right amount of sizzle,” said O’Brien.

The rise of activewear and ath-leisure has amplified the importance of comfort and function in clothing over edgy aesthetics. In its motion underwear collection, Lacoste is incorporating micro mesh for wicking and ventilation, and laser-cut holes for flexibility and breathability. Kobie Procter, senior director of global marketing and communications at Delta Galil Industries Ltd., which holds the license to produce Lactose underwear, sleepwear and loungewear, explains the mesh “is for an individual that has an active lifestyle. It is very lightweight.”

Victorinox is introducing a modular system for fall that enables the wearer to snap its utility vests or liners into nine different outerwear pieces. “It allows the consumer to address different weights. Obviously, in dealing with major climate fluctuations, we think this gives consumers a way to get the max out of their wardrobes,” said Gallen. “Layering will continue to be an important part of his wardrobe. The versatility of the wardrobe is key with the pressure consumers are under today. They will see the price-to-value [ratio] is clear.”

Competing with activewear, denim has upped its game in the comfort department. Boyfriend, trouser and relaxed skinny varieties are gaining momentum at Siwy. Jen Neumeister, the denim brand’s creative director, said, “We are still seeing a strong reaction to and a need for skinnies, but there is an underlying sense of people wanting things to be relaxed and not so clingy. The activewear trend translates into the desire for comfort, whether it is in superstretchy or in softer fabrics, rather than just in activewear styles.

“In a few years, we’ll see less and less supertight skinnies in denim,” she added, “but they’re not going anywhere just yet.”

The skinny certainly has staying power. DL1961 continues to introduce skinny styles. New ones include Danny, which is aimed at tall women; Florence, aimed at shorter women; Cara, relaxed skinny overalls; and Farrow, which creative director Sarah Ahmed described as a slimming high-rise legging in a power-stretch fabric. “It’s perfect for a person who wants a skinny jean that sucks everything in, or someone who is very fashion forward,” she said of the Farrow. “Skinnies are always very functional because come fall, what are you tucking into boots? It’s about practicality.”

In another tactic to cope with the activewear onslaught, denim brands are branching out beyond denim. High-end jeans brand Chip Foster is unveiling knits for fall with 14 stockkeeping units in three color options.

“I’m not ever going to lose focus on denim, but you have to adjust. You have to call an audible,” said the brand’s namesake founder. “We want to go into ath-leisure, but sloppier. Everything is extra long. The collars are opened up. I just think that look is sexy.”

Level 99 is rolling out jackets, blazers, tops and knits during the second half of this year. “It is extremely important that we complement ourselves as well as complement other brands, too. Then you become a very large brand and very versatile,” said Poon. “Last year, we had almost 30 percent growth, and we are expanding another 30 percent this year. Once we integrate our tops and knits, we are looking at least for the next three or four years at 35 percent to 40 percent growth.”

Denim is not on death’s door, no matter how hot activewear is. Retailers and brands sense jeans could perk up.

Powers of Von Maur noted, “We have seen a little bit of a lift in denim, but not enough to make me think it is going to make a huge comeback quite yet. I am hopeful that, because for the past few seasons, [the shopper] has done nothing but buy knit bottoms, she is going to return to denim.”

Mitchell Quaranta, president of Kut from the Kloth, is sanguine about denim’s prospects. “We see a definite shift back to denim,” he said. “We have seen that in our sales performance at retail. Denim is turning faster, and we are optimistic about this coming year.”