The Mercedes-Benz Fashion Week Berlin tent and studio space are booked to capacity, as are the Bread & Butter and Premium fairs. 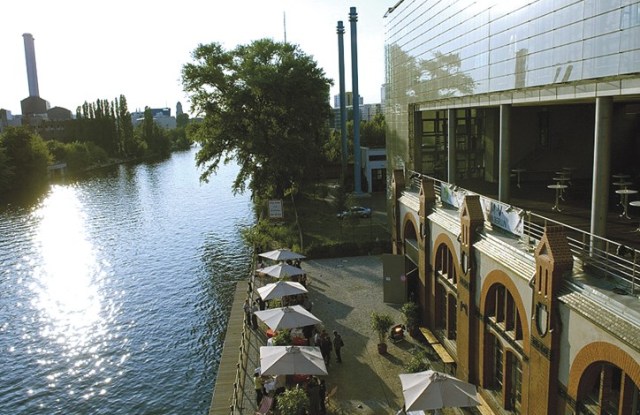 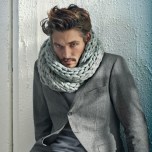 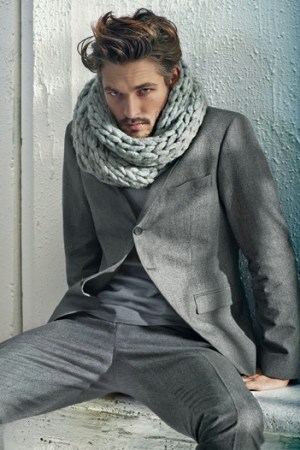 Despite delays and last-minute decisions, everything points to a boisterous start to the spring 2012 season in Berlin, July 5 to 9.

The city is going to be packed. Besides key off-site presentations, the show slots in both the Mercedes-Benz Fashion Week Berlin tent and studio space are booked to capacity in the new venue on the Strasse des 17.Juni at the Brandenburg Gate. There are 50 official shows and presentations on the MBFWB calendar — another consecutive record —and these events run July 6 to 9.

The Bread & Butter and Premium fairs are also completely full, which has spurred the launch of numerous events. New York-based Capsule will kick off its Berlin edition with about 40 progressive international labels in the old Berlin mint, and Munich’s In Fashion is going riverside with about 90 brands at the Radialsystem V. According to the organizers, both events were prompted by their exhibitors, who were keen on showing in Berlin but couldn’t get space at the existing fairs.

Then, too, there’s Projekt Galerie with its more experimental lineup; Collect Showroom’s advanced fashion dozen, and a bigger-than-ever Bright for the skateboarding scene. On the green front, an expanded Green Showroom has invited about 20 participants to take part in Ethical Fashion, plus Lavera Showfloor will host 12 eco-designer runway shows.

However, it’s not just the multitude of events that’s creating a buzz. With Germany outperforming most European Commission economies, the German market — which is also the largest in Europe — has suddenly become extremely attractive to international fashion makers. This includes Armani Jeans, which has chosen to make its trade show premiere at Premium this season, taking over the Atelier space at the Premium Station entrance.

There are two reasons for showing in Berlin, said Fabio Mancone, worldwide director of communications and licensing for the Giorgio Armani Group. “The first is a commercial one: through the Premium and B&B exhibitions, Berlin has become the international center for casual wear and jeans wear — what Milan is to prêt-à-porter, Berlin is to sportswear. The second is that this city has a really unique, special and vibrant spirit and is fast becoming one of the trendiest cities in Europe.”

In his view, Berlin “is now fundamentally established in the fashion calendar. All the important decision makers and buyers are in Berlin during these days. This is now a place where you can meet all the relevant fashion players.”

Jürgen Dax, director of the German Association of Apparel Retailers, also expects the majority of his members to be in Berlin this July.

“Bread & Butter draws a major crowd, and in the higher end [of the market], Premium has become a must,” he stated. Retail business has been good overall and German retailers ended May with a 3 to 4 percent sales increase, and that’s against a strong May 2010. “So they’ll be entering the next order round in a cheerful frame of mind.”

German consumers also remain in high spirits, and so far haven’t reacted negatively to price increases, which Dax noted haven’t been drastic to date, but are sure to continue given raw material price hikes. However, he said the nation’s retailers will be taking a careful stance nonetheless.

“Many retailers have worked hard in the last two to three years to reduce costs and be more precise and accurate in their buying decisions. They’re making money again, and so most will be sticking to a strict regimen,” Dax said. At the same time, he added, “some may dare to risk a bit more in an attempt to differentiate their assortments. It’s frightful how mainstream so much [in the stores] is.”

With its early bird timing, Berlin Fashion Week is largely an informational, first view event as opposed to a big ordering event, and the MBFWB runway shows have primarily served as a press link and photo opportunity. But even that may be changing.

“For us, it gives a return on investment,” stated Philipp Wolff, senior vice president of communication for Hugo Boss, which is undoubtedly Germany’s big spender when it comes to show production in Berlin. “We had 600 clients here last time. It wasn’t just for photos. But we also have an obligation as a German brand. If something is happening in our capital, we have to be there.”

Boss will be showing Hugo in Berlin for the second time in a row — going against its unspoken rule of a different Boss runway focus each season. “Hugo is the most progressive fashion collection we make, and in terms of fashion and the expression of fashion, Berlin is the strongest city in Germany. We feel Hugo fits into the Berlin feeling,” said Wolff. “Plus, we want to get Hugo out of its little brother position. We’re again showing in a place nobody’s ever used here before [at the Forum Museumsinsel]. We’re simply fascinated by what this city offers.”

After a two-season break in Paris, the Nördlingen-based fashion house Strenesse returns to Berlin with Strenesse Blue, both on the MBFWB runway and at its Bread & Butter premiere. It’s a two-pronged approach that aims to generate press interest as well as reach new clients, including international ones. “Both go hand in hand,” stated Viktoria Strehle, creative director of Strenesse Blue.

“We were in Berlin from the first because we believed in it, and knew we would come back in July. Berlin has always been important and inspirational for Blue. We just shot our look book there,” she said. Spring will see the collection dancing to a Seventies beat, but “in a very modern and new way in bright and happy colors. Our shaping is different and we have our own way of tailoring.”

Spring will also see Strenesse Blue striving to be more differentiated from the upmarket Strenesse Gabriele Strehle collection, in look as well as price. “Strenesse Blue has to be the entry to Strenesse, and more accessible, both in price and positioning,” said Luca Strehle, head of Strenesse Blue. “We’re upbeat about spring. We’ve been growing for the last three seasons, and we expect the same next season.”

Young Berlin-based designer Frida Weyer, who got her start in cocktail and eveningwear in 2009, is also broadening her approach for spring.

“People said ‘We love your dresses, but would also like something from you during the day.’ So I’ll be going much more into rtw on the runway, with tops, shorts, day dresses, cool jackets.” She said she’s into what the Berlin girls wear when they go out in Mitte — but giving it “more prettiness. And summer is getting so hot in Berlin, I want the cool feel. Berlin cool. And since the Berlin style is not really created yet, I’d like to be part of creating it.”

Weyer said she’s beginning to feel the Berlin bonus kicking in. “If I tell a foreign buyer I’m a Berlin designer, they say ‘Cool, what are you doing?’ And even with German retailers, it’s getting more accepted to be part of the Berlin scene. For me, the runway shows are really about marketing. They get me attention with everybody in the business — and out.”

For Vladimir Karaleev, one of the city’s rising stars who had his first solo MBFWB show last season, the week has generated orders, albeit last-minute ones. “Last week I got a huge order from Topshop, which is a really big step for us. And also now from Australia. The magazines have just come out with reports of the January show, and maybe people are just seeing it now. But it’s OK. We’re flexible, we produce here. We can manage it.”

Karaleev will be one of the first participants in the new MBFWB Studio this season, introduced to give emerging talent a more flexible and less costly way to present collections.

“It’s a sort of white cube with different platforms, and unlike a runway, you can customize the space. I’m talking to an architect because I want to build something,” said Karaleev.

That he hasn’t really built his spring collection yet doesn’t faze him. “I need a lot of pressure. The shoes are almost ready, the fabrics are chosen. I’m doing polyester — but only on the outside, lined in silk. I love when people say ‘Oh, this feels nice’ and then make a face when they hear it’s polyester.”

Vogue Germany is also stepping into the breach with the Vogue Salon, a new project to actively bring Berlin’s most promising young designers to the notice of Germany’s top stores. Editor in chief Christiane Arp is inviting select retailers to an edited presentation of five Berlin collections, including Michael Sontag and Augustin Teboul, at the Hotel de Rome July 8.

Noting that Vogue is a link between designers and retail, Arp said “we want to use that link to provide a platform where young talented designers can present themselves — designers who take you by surprise, who have a vision, and hence deserve support.”