Buyers Flock to FAME and Moda

More than 5,000 buyers from international specialty and department stores were expected to attend FAME and Moda Manhattan.

By Venessa Lau and Jessica Iredale on August 5, 2009
View Slideshow 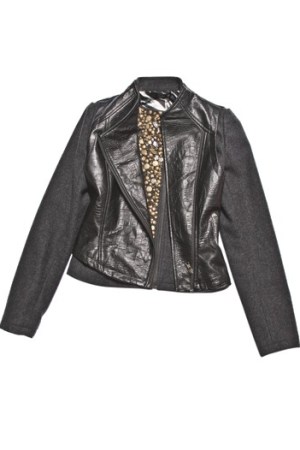 Things were literally looking up at FAME and Moda. Not only did vendors at the trade shows, held Sunday through Tuesday at Manhattan’s Jacob K. Javits Center, note a lift in spirits due to location — the airy third floor as opposed to May’s basement outpost — but the exhibitions (along with AccessoriesTheShow) were on track to exceed August 2008 in attendance.

The shows experienced “the biggest first day of the year,” according to Britton Jones, president and chief executive officer of Business Journals Inc., organizers of FAME, Moda Manhattan and AccessoriesTheShow. More than 5,000 buyers from international specialty and department stores, ranging from regional boutiques to Neiman Marcus, were expected to attend the three-day event. And while the overall effect was positive, the individual breakdown was less balanced. Whereas FAME’s vendor numbers were up by 9 percent from August 2008, Moda experienced a 9.7 percent decrease.

“It’s a reflection of the industry,” said Jones. “I think the moderate-to-bridge market has been harder hit than the junior and young contemporary marketplace. A lot of the junior fashion is particularly attractive, in that trends are very quick moving and priced at a point that a lot of people are excited about. There’s more energy here.”

Trends — from edgy basics such as leggings with exposed zippers, to sequined dresses and layering pieces — were steady across the 650-plus junior and young contemporary lines at FAME, as was the buying approach. “People are still conservative,” said Bo Park, sales manager for young contemporary line Holy G. “They have to think three times before they make their decision.”

If the retailers here were aligned in their cautious approach to buying, they weren’t always looking for the same thing, seasonally speaking. Indeed, the offers were split between fall-winter and holiday, with the majority showing the former at FAME. “The trend of buying closer to the season has been getting more and more pronounced even before the economic crisis,” said Jones. “This season it’s even more so. We saw a lot of spring-summer immediate buying going on in May and definitely a lot of fall-winter this season, as well.” Indeed, Jacqueline Smith, account executive of Birmingham, Ala.-based Wish Collection, said August is the biggest show for her company, which trades in immediates.

Over at Moda Manhattan, the trends may have differed — vibrant colors and prints were front-runners — but that same “immediates” buzzword resonated throughout the 400-plus lines of moderate-to-bridge ready-to-wear. Case in point: Dressmaker Donna Morgan offered a 20 percent discount on immediate deliveries. Sales representative Vanessa Vanni added that the label’s popular stretch satin styles, which wholesale for $69, would have been pricier “if not for the economy.”

In fact, catering to an increasingly price-conscious buyer turned out to be a key concern for many. “For fall, we chipped prices and started selling,” said Allyson Masciotti, an account representative for Ellen Tracy Dresses. “Business has started to pick up.”

Meanwhile Patric Kilcullen, co-owner of Product Showroom with Julie Law Root, wasn’t shy about admitting the downturn has been somewhat of a boon for his cut-rate, designer-inspired lines. Jackets wholesale for $45; sweaters, $19.75, and a trio of paper-thin T-shirts, plus matching scarf, $28. “Retailers are doing triple markup with us,” he noted. “They are keeping their anchor brands, but are branching out and filling their stores with stuff that they can make money on.”

But keeping an eye on pricing was only part of the equation. Moda exhibitors also stressed the importance of personal vendor-to-buyer relationships in moving things forward. “Knowing people’s birthdays and the names of their kids — that’s important,” said Cynthia Amaro, an account executive with Suzi Chin Maggy Boutique.

And while the outlook wasn’t entirely rosy throughout, vendors here felt boosted by the pockets of good news. “The Midwest is hurting for us,” said Lois Sulimovich, vice president of the sportswear division of Alberto Makali, “but the Southwest, Southeast and West Coast are strong. The phones are ringing, just not as much. That’s why we’re at the shows.”

As Amaro of Suzi Chin Maggy Boutique likes to put it: “We’re in recovery now, not recession. Everyone’s done bleeding at the seams.”