Retailers ordered conservatively at Designers & Agents, Accessories Show and the showrooms housed in the New Mart, among other trade show locations. 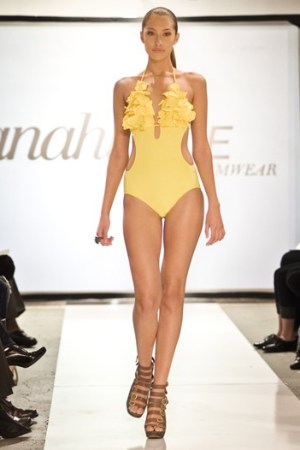 LOS ANGELES — Accessories and leather pieces topped buyers’ lists at the year’s first market here, along with apparel that can segue from season to season.

However, despite signs of more economic stability, retailers were conservative with their purchases. Buyers maintained inventory cuts of 30 percent or more compared with 2008 in an effort to avoid deep discounting to move goods because of reduced consumer spending.

“Due to the economy and sales traffic still being down, we want things that can get us through from summer to fall, to mix into the stuff we already have and things that women already have in their wardrobe,” said Heather Martin, buyer and general manager for Belle Gray boutique in Sherman Oaks, Calif. “Basics are moving. The things that are staying in the store longer are the one-time wear, special occasion types of stuff.”

Many retailers held off placing major orders until the start of trade shows in Las Vegas next month, although vendors expressed optimism about improved business.

There was a heavy local flavor among attendees. At Brighte Cos., Designers & Agents, Focus Apparel and Accessories Show and the showrooms housed in the New Mart, Cooper Design Space and California Market Center, most of the buyers who came to shop the summer collections were from the Los Angeles metropolitan area.

China’s JNBY was a rarity in displaying its fall collection, but it got a positive response for its cotton twill vest with a funnel neck, retailing for $285, that could be layered in various temperatures.

Los Angeles-based Illia also applied the layering trend to leather to attract new retailers such as Coverings in San Luis Obispo, Calif., and The Gallerie in Aspen, Colo. The company used a laser to perforate white leather for $245 tank dresses, $154 tube skirts and $172 tank tops.

Resin Denim of Los Angeles offered an alternative to white with its cream skinny jeans and cutoff shorts that are hand-painted on the outside. Rozae Nichols, based in Los Angeles, exemplified simple chic with a $172 cream silk jersey tank dress accentuated with tan leather piping.

That’s not to say bright colors and prints disappeared. Arnold Zimberg offered a pink plaid peasant blouse wholesaling for $86, while French label Paul & Joe Sister presented a $95 magenta silk blouse with sleeves covered in ruffles as part of its pre-fall collection. New York-based Dolce Vita covered an $80 tank minidress in black and lavender snake print, and Los Angeles’ Anahi Blue punched up a monokini in canary yellow. Ever, based in Maywood, Calif., tinted $88 relaxed cargo pants in a sandy hue.

In accessories, sales were on the rise. Morgan Garza, director of wholesale for Phoenix-based Sir Alistair Rai, estimated orders of the brand’s scarves, which wholesale from $38 to $58, have doubled in size since last November.

“The end of last year was scary, but people are getting back into it,” Garza said. “We are definitely picking up.”

“Buyers have focused more on accessories than ever before,” Kuechenhoff said.

Diana Ramirez, a designer and sales representative for Vernon, Calif.-based Hyde Collection, which makes belts wholesaling from $17 to $59, said buyers remain exceedingly price-sensitive and strategic about their purchases.

“Before they write an order, they take notes, get the lines sheets and want to think,” she said.

In contemporary handbags, Karri Ann Frerichs, sales representative for Burbank, Calif.-based brand Amber Pollard, said that more buyers “were price conscious than not” and that their desired retail price range ranged between $300 and $400. Launched last August, Amber Pollard offers hobo bags that are priced $300 and higher, but most styles retail from $500 to $600, including three new expandable bags that tried to add value to consumers with waterproof linings, gold hardware and zipper pouches.