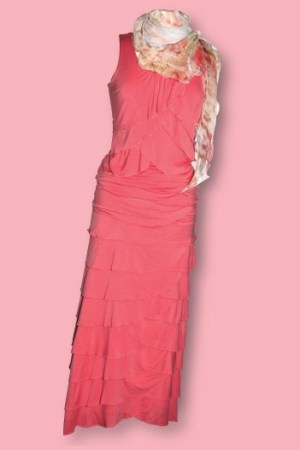 Fastening bonds with shoppers has never been so important, according to buyers attending last week’s Nouveau Collective trade show at the Penn Pavilion in New York.

Michelle Walker, owner of Coyote in Belfast, Maine, said her sales are running several percentage points ahead of last year, thanks to sharp-eyed merchandising, timely offerings and an abundant staff. “I staff heavily to make sure people are taken care of,” she said.

Flax, LA Blend, Zashi and Windhorse were among the show resources she planned to check out. Many of her shoppers are spending between $20 and $100 and “accessories are big because they are a relatively small purchase that help people feel new,” Walker said. After 20 years in business, she knows the locals well, which is advantageous. “A lot of people have decided to support the local community to keep local companies in business,” she said.

Bonnie Chapin, owner of Abigail Rose, a specialty store in Piermont, N.Y., said business is “unreliable,” due largely to a downturn in shoppers and wintry weather. With consumers spending less, she is placing a greater emphasis on items and accessories. She planned to pick up spring pants and separates from Flax and Gerties in the $60 to $100 retail range.

Having been in business for 24 years, Chapin has a base of reliable customers who have helped sales in recent months, she said.

Kiki Hughes, who owns a specialty store by the same name in Philadelphia, said business has been hard, but she expects this year’s sales to finish ahead of last year’s lackluster figures. Having worked in another local store for 15 years before opening her own two years ago, Hughes said she routinely calls customers to encourage them to visit. She also hosts private shopping parties and trunk shows in her boutique and will also hold the latter off-site from time to time. “I like to know my customers,” she said. “They don’t come in to look. I pick things for them, and they enjoy the conversation.”

At Nouveau Collective, she was on the lookout for “cool, new” sportswear from Moonlight, IC Collection and others. To accommodate shoppers’ thrifty tendencies, she planned to buy more midrange products with the hope that will prompt more multiple purchases. “Many people now would rather buy three things than one,” Hughes said.