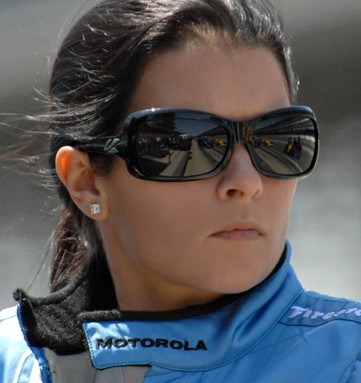 Who would have thought the U.S. heartland would beckon California fashion brands — but that’s just what’s happening.

Conventional wisdom? Hardly. However, these are not conventional times.

The labels are chasing opportunities in parts of the Midwest and upper Midwest as the Golden State’s economy stagnates. Though hardly immune from economic weakness — Michigan has the nation’s highest unemployment rate, 14.1 percent in May — the center of the country is generally underserved, with less retail competition than the East Coast or the South and Southwest, including Atlanta, Miami, Phoenix and Dallas.

Joe’s Jeans, a City of Commerce, Calif.-based premium denim label that reported sales grew more than 10 percent to $69.2 million last year, is seeing some of its strongest gains in Midwestern states.

“One of our basic strategies in the last year and a half has been to expand our brand’s presence in middle America,” chief executive officer Marc Crossman said. “With Chicago being a key hub in that region, we felt it was the best city to launch one of our first Joe’s branded stores….May was one of the strongest months we’ve had since opening the store in November.”

The Midwest customer sticks with dark hues for the long winters and switches to a bright palette drenched in turquoise, coral, lavender, hot pink and purple for the warmer months, retailers and vendors said. In jeans, the boot cut is her standby style. And she’s far from being “showy,” waiting from six months to a year to adopt the latest trends that have enticed Angelenos. No matter what her salary, she’s acutely conscientious of prices.

“The trend right now is not to overspend,” said Linda Dresner, who carries Gregory Parkinson, Stella McCartney, Tuleh, Organic, B. May and other luxury labels at her namesake shop in Birmingham, Mich. “Even people with wealth are changing the ways they spend money. They already have good closets. They’re not looking for strong eveningwear right now. They’re looking for something for day and evening.”

West Coast apparel and accessories companies have learned to make adjustments to translate the California lifestyle for a Midwest customer.

Oakley, the Foothill Ranch, Calif.-based eyewear company, hosted a barbecue in Indianapolis and steered a 40-foot-long truck that serves as an optical lab on wheels to the NCAA College World Series in Omaha. As a result of such marketing efforts, Oakley said sales in the Midwest, which showed double-digit growth over the past two years, increased 8 percent in the first quarter of 2009 from a year ago.

Kaenon Polarized, another optics brand from Newport Beach, Calif., is capitalizing on the popularity of race car driver Danica Patrick, a Roscoe, Ill., native who served as a spokeswoman for the past seven years. After Patrick won the Indy Japan 300 last year, Kaenon hung a special banner in her honor at 100 stores across the Midwest.

When Stacy Kosene opened her contemporary boutique, French Pharmacie, in Indianapolis three years ago, she allocated only 25 percent of her stock to labels from California. As she sold out of soft T-shirts by James Perse, distressed boyfriend jeans from Current/Elliott and plush cashmere sweaters from Prayer Haute Couture, she increased her orders to the level where California brands make up half of her offerings.

“The desire for that style of clothing is here,” she said. “[Customers] like the casual. They like the sweats and Ts. They put their jeans on. It’s a California lifestyle.”

Los Angeles-based designers, including Gregory Parkinson and Elmer Ave’s Jonny Day, are hopping on planes to meet customers in the region.

“Everyone looks to California for what’s new because of Hollywood,” Parkinson said.

The celebrity culture around Kitson and Intuition helped those Los Angeles-based boutiques build a solid clientele in the Midwest for their e-commerce. Kitson owner Fraser Ross said he sells a lot of gift cards ranging in value from $25 to $2,000 to customers based in the middle of the country.

“Obviously, our business is being built around this pop culture and celebrity,” he said.

Intuition owner Jaye Hersh, who estimated the Midwest makes up one-third of her Internet sales, parlayed her status into a fashion line with Target. Rolling out to all 1,699 Target stores on July 12, Hollywood Intuition will include $2.99 headbands and $29.99 handbags that let customers “get the celebrity style and bring it to your town,” Hersh said.

“I’m more familiar with the Midwest than I ever imagined,” said Hersh, who made her first trip to Minneapolis to visit Target headquarters. Not that she’s complaining, especially with the potential of growing her business in the region.

“We have more competition in our own neighborhood [in Los Angeles],” she said.

Peggy Haigman, owner of Ava Morgan in Vermillion, S.D., can vouch for the dearth of contemporary fashion retailing in the southeastern corner of South Dakota, just north of Nebraska and near the Iowa state line.

Some customers drive 70 miles to Haigman’s boutique in Vermillion (pop. 10,251) to shop for $200 crystal-encrusted heart pendants by Tarina Tarantino and $299 flare jeans from True Religion. She carries many California-based brands that are staples at Nordstrom: It Jeans, XCVI, Joe’s Jeans and L.A. Made. Nordstrom does not operate stores in South Dakota, North Dakota, Nebraska and Iowa. The nearest unit is 300 miles away at the Mall of America in Bloomington, Minn.

“Here, I compete against four stores in a 100-mile radius,” Haigman said.

The Midwest did not experience the meteoric surge — and subsequent crash — of home values in states such as California and Florida.

In May, California’s jobless rate surged to 11.5 percent as the national rate reached 9.4 percent. In the same month, Nebraska and North Dakota both reported 4.4 percent unemployment; South Dakota, 5 percent; Iowa, 5.8 percent; Minnesota, 8.2 percent; Wisconsin, 8.9 percent, and Missouri, 9 percent. Even in Illinois, which surpassed the national average with a rate of 10.1 percent, some apparel companies reported thriving business in the northern part of the state around Chicago. Indiana and Ohio recorded unemployment rates of 10.6 percent and 10.8 percent, respectively.

“The business we do in the Midwest is steady,” said Yvette Perez, sales representative for a Los Angeles-based misses’ knitwear line called Carducci. “California — forget about it. I’m not seeing any increase. West Coast and East Coast is very slow.”

New lines such as TenState also found refuge in the Midwest from tough markets such as California, Arizona and Las Vegas. “There are some areas that I didn’t think we would grow or open up, like Chicago,” said Fred Naggar, ceo of TenState, which makes all its jeans and cargo pants, wholesaling from $50 to $75, in Los Angeles.

Naggar anticipated the middle part of the country would make up 5 to 10 percent of first-year sales, estimated to reach as high as $3.5 million. Now, thanks to boutiques like Jake, which operates two doors on Chicago’s Gold Coast and on the North Shore in Winnetka, Ill., he expects the region to account for 15 percent of total sales.

But women in the Midwest sometimes encounter a key problem with California clothing manufacturers — the fit. Retailers often complain the clothes are cut too narrow and slim for their customers.

“Not everybody is a size 2 or 4,” said Marie DeNicola, ceo and founder of Mainstream Boutique in Apple Valley, Minn.

But merchants will tolerate the inconsistencies with fits as long as the California brands continue to churn out the trends.

“The manufacturing is so focused out there,” said Barbara Heinrich, owner of a contemporary boutique called Local Motion in Minneapolis. “They’re able to turn around a trend pretty fast from looking at the European collections and taking parts of that — be it ruffles or a trend for that season — and incorporating it into their design for a very reasonable price. You can buy BCBG’s jumpsuit for $400 or Miss Me’s for $80.”

Some California companies prefer to take a slow, methodical approach to working in the region. Even with Patrick’s endorsement, Kaenon Polarized waited seven years before aggressively pursuing sales in the Midwest last year.

“We felt we had to build not only our brand but our reputation,” said Steve Rosenberg, Kaenon’s founder and ceo.

The Midwest constitutes less than 10 percent of the privately held company’s sales, compared with the California market’s 40 percent. But Kaenon sees opportunity for its fashion styles, particularly oversize tortoiseshell frames that wouldn’t look out of place on Nicole Richie and other starlets.

“For women, we are exporting our California image,” Rosenberg said.

And that image appears to resonate. At E Street Denim in Highland Park, Ill., women between the ages of 16 and 55 liked Elmer Ave’s fitted vests and blazers punked out with screen prints and stencils of trees, flowers and street signs. The retail prices — $250 for a vest and $380 for a jacket — didn’t deter some from putting their names on a waiting list.

“To play off that it was California helped,” said Erin McPherrin, women’s buyer for E Street Denim. “Being smack in the middle of the country, anything from the coasts or overseas is something you can work with as a sales pitch. It’s a glamour thing.”

— With contributions from Ericka Franklin