Exhibitors and buyers expressed a mixed picture about the health of their businesses against the backdrop of Brexit, rising costs in China and intensifying competition in the apparel industry. 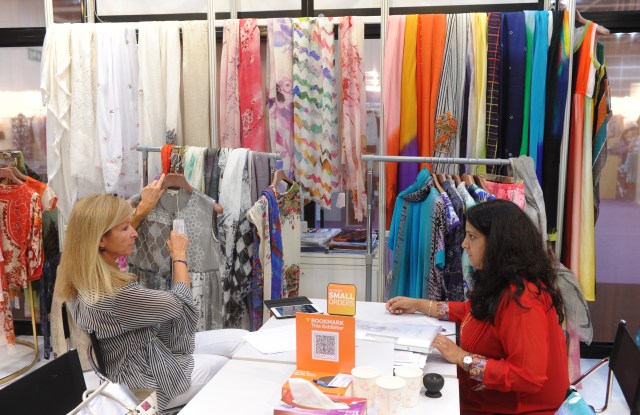 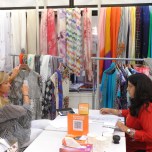 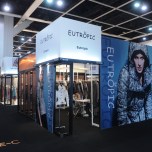 Exhibitors and buyers attending the latest edition of Hong Kong Fashion Week expressed a cautious sense of optimism about the health of their businesses against the backdrop of Brexit, rising costs in China and intensifying competition in the apparel industry.

Foot traffic at the event, a trade show comprising roughly 1,200 exhibitors, appeared considerably lighter than that of past seasons. Several people manning booths warned that they might consider bypassing the event next season in favor of larger trade events like Canton Fair. They said they obtained only a few orders at the event, which spans apparel, accessories and textiles. The show ran July 4 to 7 at the Hong Kong Convention and Exhibition Centre.

“Last year, we also came to Hong Kong and there were more buyers then,” said Hu Xuan, who works in sales at Dongguan Yimi Garments Co. Ltd., a company that specializes in women’s apparel. “The economy is not doing very well.”

To be fair, Hong Kong Fashion Week is undergoing something of a transition. As reported, the Hong Kong Trade and Development Council, which organizes the event, is the process of reorganizing its calendar of fashion-related events and plans to roll out a runway-themed event in September called Centrestage to feature local brands.

Representatives of mainland Chinese manufacturers gave a mixed bag of responses on how their businesses are performing. Several of them characterized the environment as stable. A few others claimed that they are succeeding, thanks to their willingness to be flexible to their customers’ needs and specialization in the right products.

From a style perspective, the fair was heavy on embroidered items with a Boho feel, feminine lace numbers and activewear suitable for sports like running and yoga.

Frede Lu, a vice manager at High Hope International Group, said business at her company is flat — “not too bad, not too good.”

She said High Hope, which counts both Hennes & Mauritz and Zara as clients, has learned to push “novel things” with a good design concept rather than plain T-shirts and other basics that can easily be manufactured in cheaper countries in Southeast Asia or elsewhere. She held up a lace-trimmed tank top as an example of a garment that is selling particularly well for the company.

Lu said High Hope is feeling the squeeze of rising labor costs in China and is looking at ways to stay competitive. She said her boss recently traveled to Bangladesh to see about opening a factory there, like other Chinese manufacturers are doing. They outsource the sewing using imported fabric and trimmings from China, she added.

Sales reps for Dongguan City Humen Zippy Clothing Co. Ltd. said the company’s sales are up about 10 percent, thanks in part to its quick-turn delivery times of less than two weeks. Flipping through a clipboard of orders, Vision Zhang said his outlook for business is positive.

Ruben Nariyants, head of the logistics department at Russian activewear retailer Forward Ltd., said his sourcing budget for spring is down about 30 percent thanks to a weak ruble that makes it difficult for him to buy goods abroad.

Nariyants said sales at Forward’s stores in Russia are down, but he could not specify by how much — although he did say business conditions seem to be improving. The executive said he doesn’t know that Brexit will have that much of an impact on his company, which sells mainly in Russia.

“So we’re still optimistic,” he said.

Nicholas Chong, chief executive officer of Malaysian fashion retailer YFS Corp., said his sourcing budget for spring is up 25 percent as his company expands its apparel line to include more trend-driven items.

He said he has a positive outlook for Malaysia, where YFS operates chains of mid- to low-market fashion apparel retailers. Chong said there are several encouraging trends within Malaysia that should bode well for his company, which has grown its top-line by 20 percent each year over the last three years. The Malaysian Ringgit is trading at a “reasonable” rate, he said. Meanwhile, the country’s cost of living remains relatively low and more and more foreign students, aka budget shoppers, are coming to study in Malaysia.

“I have to stay positive. If no, that will be a major issue for me,” Chong said.

This season of Hong Kong Fashion Week also featured a graduation show from The Hong Kong Polytechnic University’s Institute of Textiles and Clothing.