Chinese brands — some of which have thousands of stores but practically no name recognition internationally — are beginning to eye Western markets. 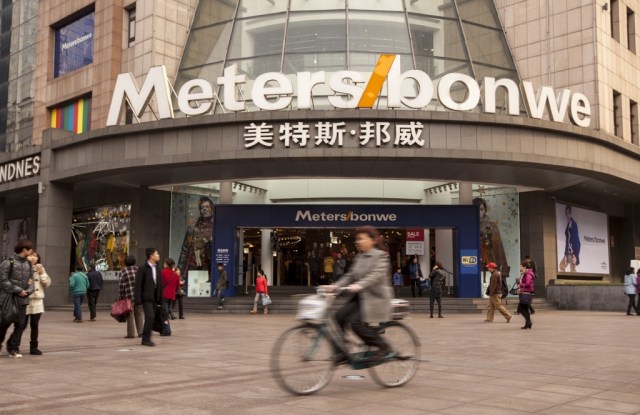 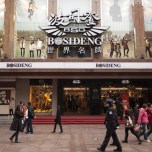 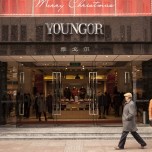 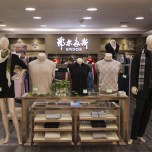 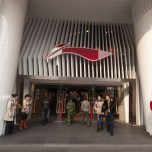 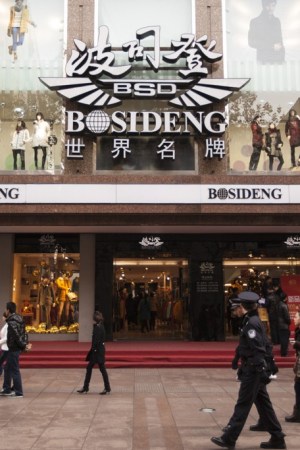 Exterior of a Bosideng store in Shanghai, China.

SHANGHAI — When it comes to fashion in China, the focus tends to be on foreign brands entering the market and quickly expanding here. They tend to overshadow China’s own crop of homegrown brands — some of which have thousands of stores but practically no name recognition internationally.

In many cases, Chinese textile manufacturers “who cut their teeth” making apparel for Western retailers decided to start their own fashion lines for the domestic market, according to Torsten Stocker, a Greater China partner at the consulting firm Monitor Group.

These players were able to expand at breakneck speed by working with diverse networks of distributors, franchise partners and business partners. “Basically, [the brands] didn’t have to invest their own capital,” Stocker said. “That is how they managed to scale up so quickly.”

Yet many say there are signs that the initial boom for domestic retailers is coming to an end, especially as consumer tastes become more sophisticated, exposure to foreign brands in smaller cities increases and China’s economic growth slows.

Analysts say they expect some domestic fashion brands to fail while others will close stores, streamline operations and adapt to a new, more competitive marketplace. Nevertheless, the sheer size and wealth of many of China’s big brands means they likely will be around for a while, and perhaps even become household names in markets beyond China.

Here are seven of China’s biggest fashion brands worth watching:

Metersbonwe is China’s answer to Hennes & Mauritz. Founded in the mid-Nineties by Zhou Chengjian, an entrepreneur from Zhejiang Province, the brand is listed on the Shenzhen Stock Exchange and has more than 4,500 stores on the Mainland.

Metersbonwe is gearing up for international expansion within the next several years, according to a company spokeswoman, who said the retailer is eyeing North American and European markets. She could not confirm any plans for specific store openings outside of China.

While Metersbonwe is the company’s main brand, parent company Metersbonwe Group also has a number of other smaller labels, including Me & City, which targets young white-collar workers seeking fashionable clothes, and urbanwear brand Tagline.

According to Jeff Zhou, an associate with Mandarin Capital Partners in Shanghai, Metersbonwe is beginning to struggle as it faces stronger competition from brands, like H&M and Zara, that are expanding in China. “I don’t think Metersbonwe will disappear, but in the short term, they must figure out what to do. The next decade could be very difficult for them,” he said.

Bosideng garnered international attention when the Chinese brand opened its first overseas flagship in London over the summer. The brand, which specializes in outerwear, was founded in 1994 in Changshu, a city outside of Shanghai, and has more than 10,000 stores across China.

“In terms of selling down coats, they are the number one in China,” said Zhou of Mandarin Capital Partners. “No one has ever been able to compete with them.”

The company reported revenues of 3.1 billion yuan ($497.6 million) for the six months ended Sept. 30, a 12.4 percent increase year-on-year. Net profit was 316.4 million yuan ($50.7 million), a 3.4 percent decline from the same period in 2011. Private equity firm Headland Capital Partners is a backer of the brand, helping it to list on the Hong Kong Stock Exchange in 2007. The China- and India-based SAIF Partners has also invested in Bosideng, which owns a host of other brands, including Snow Flying, Bengen and Kangbo. According to a company spokeswoman, its target consumer is one who is not sensitive to price and appreciates a reliable brand.

Bosideng has begun to branch out beyond coats, introducing men’s and women’s apparel collections. “Now they are thinking down coats are not enough for them,” Zhou said. “They are trying to create apparel that can reflect their consumers’ style and tastes.”

According to data from the China Industrial Information Issuing Center, total sales of Bosideng, Snow Flying, Kangbo and Bengen accounted for 34.5 percent of sales in China’s down-apparel market in 2011.

A garment manufacturer in Ningbo founded men’s brand Youngor about two decades ago. Li Rucheng was a low-level laborer at the factory who eventually worked his way up to top management and later saved the manufacturer from bankruptcy. He became the head of the factory and spearheaded the effort to start its first brand.

Now Youngor owns more than 100 smaller companies, has 400 directly operated stores in China and another 2,000 retailers in its sales network, according to the company. A spokesman said Youngor is now focused on opening more flagship stores in cities like Beijing, Shanghai and Hangzhou. It has also established a design center in Italy.

Youngor targets trend-conscious businessmen and government officials, according to a spokesman. In 2010, the company launched five more brands, including Mayor, which focuses on more tailored, luxury suits and shirts for men, as well as Hemp Family, an eco-friendly line.

Mandarin Capital Partners’ Zhou said Youngor’s competitiveness in fashion is starting to wane and said its parent company is shifting its focus to its other assets, like energy, coal mining and property development.

The company has more than 3,000 points of sale in China and sells its products in North America and Europe. Collections include products ranging from coats and jackets to bedspreads and blankets. The brand describes its style as “mature, elegant, modern and elite.”

The Erdos Group has other labels, including a luxury offshoot called 1436 Erdos. Former Giorgio Armani and Salvatore Ferragamo designer Graeme Black is currently creative director of 1436. His first collection for 1436 hit the runway in China’s Inner Mongolia province Aug. 12, when nearly four dozen contestants in the Miss World competition walked his designs down the runway in front of 600 people.

Founded in 1990, Li-Ning is China’s answer to the likes of Nike and Adidas. The brand has about 7,000 points of sale in China, and also has distribution in Europe, the U.S. and Southeast Asia.

The brand’s success has not come without challenges. In recent months, Li-Ning has reported declining sales and unveiled a new plan to boost profitability and its position in the Chinese market, which is now flooded with dozens of domestic sportswear brands in addition to a now almost ubiquitous presence of Nike and Adidas — brands that more wealthy Chinese consumers opt to buy over homegrown labels.

“Li-Ning has been a disaster,” said Matthew Marsden, an independent equity analyst in Hong Kong. “It has been a very dramatic story. It was this amazing, all-conquering Chinese brand. Then they tried to go international and move upmarket, and it has completely failed.”

Executives from Li-Ning were not available to comment for this story.

A blueprint unveiled in July will improve channel inventory, focus on core products in the Chinese market, heighten the consumer experience and streamline execution capabilities, among other initiatives, the company said. Earlier this year, Li-Ning brought in the private-equity firm TPG Capital as a substantial shareholder to help with restructuring efforts.

For the first half of 2012, the brand saw net profits fall 84.9 percent from the same period in 2011 to 44 million yuan, or $7 million, as it closed almost 1,000 stores as part of the restructuring plan. Revenue was 3.9 billion yuan, a 9.5 percent year-on-year decrease. “The main risks for brands in China are simply competitive risks,” Marsden said. “Two main factors [for Li-Ning] are a slowdown in economic growth and intense competition in the sportswear industry.”

According to Li-Ning’s 2012 interim report, the effects of the company’s restructuring “have yet to become apparent due to the unfavorable market environment as well as the challenges brought about by the current phase of Li-Ning’s development.”

Founded in 1990, Ochirly is considered one of China’s top casualwear brands. It is operated by Trendy International Group, a Guangzhou-based company that owns a coterie of Chinese brands. L Capital Asia and other investors bought a $200 million minority stake in Trendy earlier this year. Ochirly targets young women and has fashions reminiscent of Topshop and Forever 21. According to L Capital Asia, Trendy has 1,800 points of sale across China.

According to Trendy, Ochirly aims to bring a European style sensibility to the Chinese market.

“Ochirly has been successful because there were not so many brands in this market,” Zhou said. “The foreign brands were not here yet, so they were growing very fast. I think two or three years ago, they started to change their style and now it is more Korean and not as mainstream. Young girls, especially in first-tier cities, love European or American style.”

Anta is another behemoth brand in China’s sportswear category and is facing the same challenges as its number-one competitor, Li-Ning, according to Marsden, the private-equity analyst. “It is another example of a Chinese brand that has grown very quickly but is facing an extremely hard time at the moment,” he said.

“Amid the challenges and intense competition in the sportswear industry, the group continued to stay focused on our mass-market positioning while at the same time enhancing our strengths, which include our brand equity, distribution network and product innovation,” Ding Shizhong, Anta’s chairman, said in the financial report. “Problems with inventory and deep discounting continued to persist in China’s sportswear industry during the period.”

While Marsden said there appears to be no short-term solution for the challenges both Anta and Li-Ning are facing, the brands still have tremendous equity in China. “Every single person knows what these brands are,” he said.