Chunky knits, cashmeres, color-blocked sweaters, wraps, furs and dresses and coated and colored denim were the key trends at the show last week. 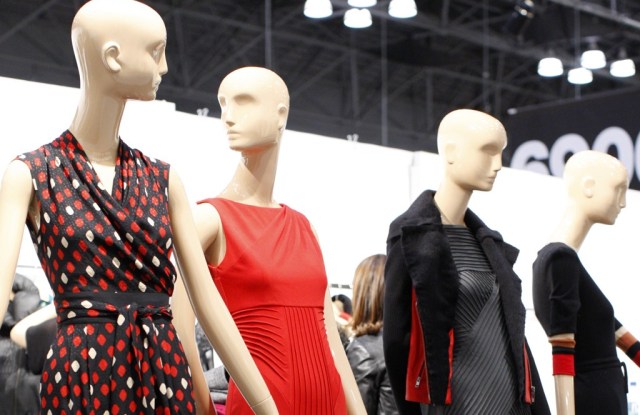 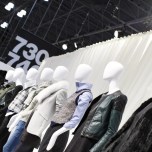 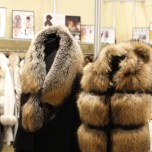 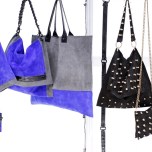 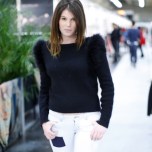 Booths such as Minnie Rose, Patterson J. Kincaid, Ella Moss, Elizabeth and James, Nally & Millie, Shoshanna, Iro, Parker, Theory and AG were among those packed with retailers, and vendors reported that they were doing a lot of writing.

Abbey Yates, owner of the Bahama Shop in Virginia Beach, Va., said she’s doing well with colored denim for spring, and she’s noticing the colors getting darker for fall. She felt the waxed treatments are still important. As for highlights? “Parker looks good, Young, Fabulous and Broke, Ella Moss and Splendid are always money in the bank,” said Yates. “This show is the about the strongest show I’ve seen in a long time,” added Yates. “Business is very good. There’s some excitement and people are leaving orders.”

Sal Margvelashvili, assistant buyer and store manager for Tag Denim in Philadelphia, said she was excited by all the jeans she was seeing at Coterie. “I’m loving the coated denim for tweens, young adults and moms. They make it very wearable for all body types,” she said, citing David Kahn Jeans in particular. At the show, she was seeing “prints, prints and more prints. We’re back to the Seventies in shapes and silhouettes.” Tag, which caters to women 20 to 45 years old, is very denim oriented and carries brands such as Seven For All Mankind, Citizens of Humanity, AG and Paige. Joel Dahan, owner of Tag, added, “Basics have plateaued, and hopefully we’re fast forwarding into coated prints and novelty. All [the women] have the Seven jeans, but with printed and coated, [their style] becomes individual,” he said.

Holly Greene, owner of Infinity, which has five stores in the New York area, said she saw a lot of python at the show. “Blank [Jeans] looked good,” she said. She also liked the sweaters at Chaser. She noted that Wild Fox is a great-selling resource and praised their sweatshirts in vintage varsity material. The “baggy beach jumper” was the company’s number-one bestseller, added Trevor Larson, director of sales and product development at Wild Fox.

Vendors reported that they were having success at the show.

Paul & Joe Sister, a sportswear resource, was busy writing orders for its coats, knits, printed shirts and sweaters featuring cats on them. The company sells such stores as Nordstrom, Neiman Marcus Cusp and Aritzia. “We opened 10 new accounts on the first day, and we have eight more confirmed appointments,” said Julien Haggiag, vice president of Paul & Joe Sister USA. He was also showing his new division, Confidential Atelier, which features Monet-inspired printed shorts and pants. That line, which is designed in Paris, is being sold for immediate delivery, wholesaling between $75 and $82.

Julie Chaiken, designer and owner of Chaiken, said business was brisk at Coterie, and she was doing well with the Kira pant with leather detailing down the side, wholesaling for $128, and the Joani pant, a midrise twill, for $102. She was also selling plenty of leather T-shirts, in gray and black, for $250. “Every store gravitated toward them,” she said.

Avenue Montaigne, known for its pants, was also having a successful show. “Today was very good,” said Meg Himmelfarb, national sales manager, on opening day. “We were constantly busy with a good flow of business, and saw new customers and repeat customers.” One of the new items on the line, which was a strong seller, was the pleather pant, which is machine washable in pleather and cotton, wholesaling for $120.

Bernard Aidan, chief executive officer of Catherine Malandrino, which was sold to Elie Tahari and Arthur S. Levine last October, said Malandrino hasn’t shown at Coterie for a few years, “and it was a good idea to come back here.” Aidan said he met with many accounts at the show. In addition to its wholesale business, Malandrino has seven freestanding stores. He said the business’ next step would be to start licensing products, such as footwear and handbags.