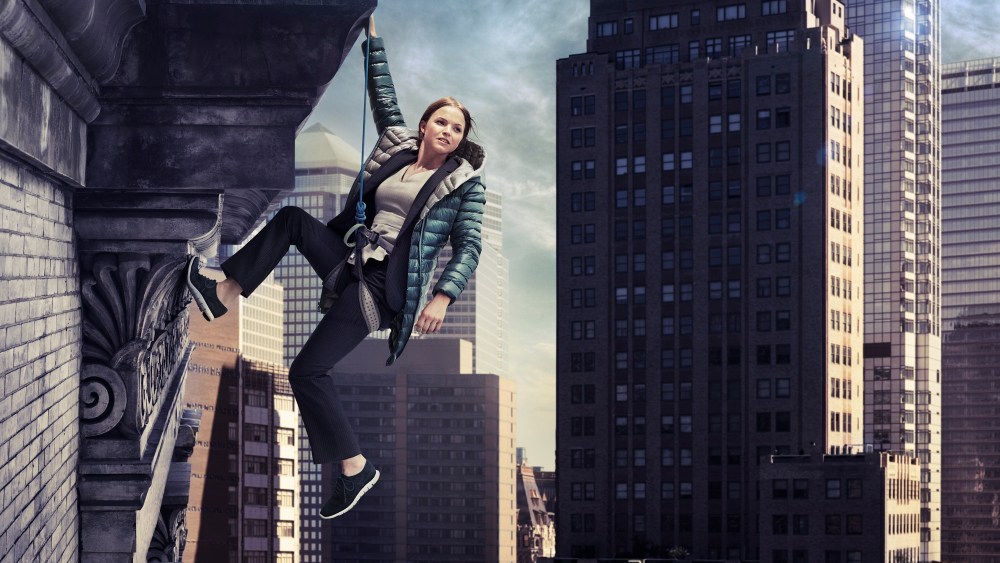 Cole Haan, the footwear and accessories brand and retailer, has teamed with high-end performance apparel and gear brand Mountain Hardwear to launch the ZeroGrand Outerwear collection.

Beginning today, ZeroGrand Outerwear is available at Cole Haan stores and colehaan.com. It is also being sold on a limited basis through Mountain Hardwear direct-to-consumer sales in the U.S., as well as Cole Haan Japan (colehaan.co.jp), the Cole Haan Ginza retail location and Isetan.

Among the collection’s style and performance features are Dry.Q stretch Ozonic shell fabric, which is lightweight, breathable and 100 percent waterproof; 800-fill Q.Shield, water-resistant down that is infused with permanent water repellent to resist moisture absorption and Thermal.Q Elite, the warmest-by-weight synthetic outerwear insulation available.

To round out the assortment, Cole Haan is offering women’s and men’s ZeroGrand footwear and the women’s Stagedoor handbag collection. The footwear includes the ZeroGrand tall boot for $298 and longwing oxford for $268 for men, and the ZeroGrand hiker boot for $248 and Wing Ox for $198 for women. The Stagedoor handbag collection has a Stagedoor tote for $398 and Studio Bag for $298, as well as bags made of lightweight nylon and perforated leather. The bags also feature high-tech rubberized hardware.

The company declined to give a first-year sales projection.

Coinciding with the launch is a multichannel ad campaign. Shot by photographer Alan Clarke, the campaign features mountaineers Cheyne Lempe and Angie Payne scaling skyscrapers in New York. The campaign is titled “Proven on the Mountain, Refined for the City.”

Mountain Hardwear, founded in 1993, and based in Richmond, Calif., is a wholly owned subsidiary of Columbia Sportswear Co.

The multiseason partnership between Cole Haan and Mountain Hardwear is separate from the outerwear deal that Cole Haan has with G-III. According to David Maddocks, chief marketing officer and general manager of business development at Cole Haan, “We enjoy outstanding relationships with our best-in-class partners, including G-III. The ZeroGrand Collection, like many collaborations, gives Cole Haan specific expertise for specific products from a respected high-performance mountaineering brand.”