Growing demand for trendy fashion retailing under $100 is attracting more young contemporary lines to the DMC. 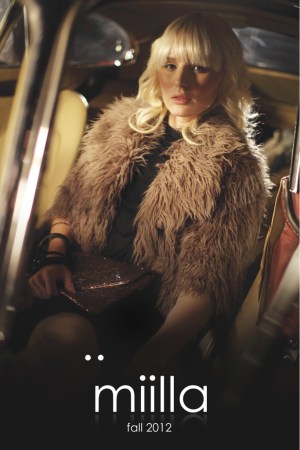 At the next women’s market May 31 to June 3, the DMC has signed up 162 young contemporary exhibitors for its booth show called Temporaries on 12. That’s a 40 percent jump over the June market in 2010, according to Cindy Morris, chief operating officer.

Young contemporary resources are also represented in several permanent showrooms on the 15th floor of the DMC’s World Trade Center. The building houses fashion, shoes and accessories vendors on levels seven, eight and 12 to 15, with home furnishings, gifts and fine jewelry on other floors.

“We’re trying to pick up as many young contemporary lines as we can,” said Eddie Leon, who owns Leon & Associates showroom on 15. “It’s hot. Even the older [misses’] stores are coming in and shopping here because they want to look young and hip — not that staid misses’ look anymore. The older gal is more body-conscious than ever before.”

“It’s growing because of the prices,” added Leon, who’s been a sales rep 40 years. “You’re getting unbelievable values for a moderate price point.”

The DMC began developing the young contemporary market four years ago, and it gained momentum during the recession as strapped and worried consumers traded down. Young contemporary lines showing on the 12th floor are all based in Los Angeles and typically manufacture in Asia.

Shoes, another growing category, will feature 28 exhibitors on the 13th floor at market including newcomer Aetrix, which specializes in arch support.

“Several areas of FashionCenterDallas have seen growth since last summer’s market due to an increase in consumer confidence and the continued economic strength of our region,” Morris said.