Moshe Tsabag, the apparel veteran who built juniors label Hot Kiss into a $100 million business, has moved on to the young contemporary sector. 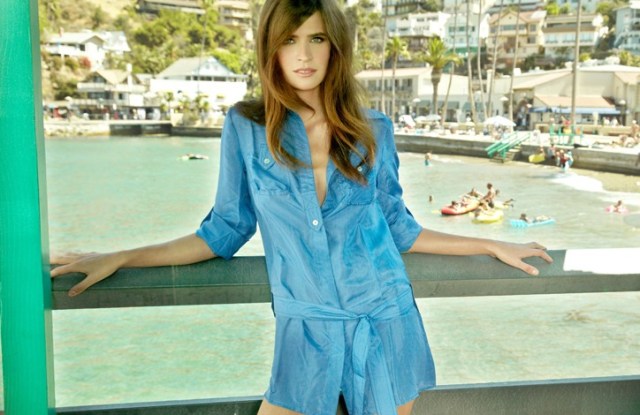 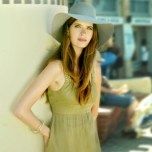 LOS ANGELES — Moshe Tsabag, the apparel veteran who built juniors label Hot Kiss into a $100 million business, has moved on to the young contemporary sector.

After selling Hot Kiss for more than $20 million to Bluestar Alliance in 2008, Tsabag is ramping up his year-old Los Angeles-based label Velvet Heart with a slew of licenses intended to help double sales to $10 million this year from $5 million in 2009. He also wants to increase the number of stores that sell Velvet Heart to 600 by yearend from more than 350, including Nordstrom, Metropark, Anthropologie and Fred Segal.

“We are really aiming high with this line,” Tsabag said.

Compared to his previous juniors lines, Hot Kiss and YES Clothing Co., Tsabag wants to maintain higher-quality fabrics such as silk and leather and incorporate embroidery, studs, grommets, appliqués, crochet and other intricate details in Velvet Heart. The line’s tank tops, rompers, silk shirts and dresses all retail for less than $100.

Joe Pham, who designed his former contemporary line, Jak & Rae, which closed in 2007, has been recruited to Velvet Heart. Tsabag and Pham plan to add tribal animal prints, plaids, sweaters, washed leggings, skirts and jackets to the fall lineup.

“I used to have a contemporary division and I always loved it,” Tsabag said. “I had a good feeling about contemporary and it’s a bit more stable than juniors.…Because of the unique economic climate, the contemporary business was really changing. Rather than buying the product at Neiman Marcus for $300, the customer can get ours for $87.”