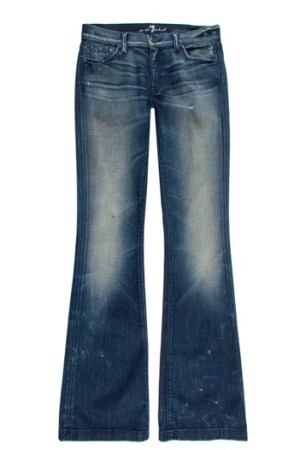 NEW YORK — A line of hundreds of retailers stretched from the entrance of Pier 94 on Tuesday for ENK International’s Fashion Coterie here — indicating that buyers are forging ahead despite tough times.

The show, which will end its three-day run today at Show Piers 90, 92 and 94 and at the Jacob K. Javits Convention Center, seemed to be productive for many retailers and exhibitors.

“The colors for spring are really great, especially for us in the South,” said Jane Webb, owner of three CK & Co. boutiques in Oklahoma City. “Everyone is also covering their bases very well across the categories. We found dresses, skirts, shorts, tops — tons of different things.”

Randi Siegal, owner of Rapunzel’s Closet in Palm Beach, Fla., and shoprapunzels.com, said Tuesday that she ordered racer-back T-shirts from Testament, Free People, Seven For All Mankind and Velvet, as well as Grecian-inspired dresses from T-Bags and Rachel Pally.

“We noticed quite a bit of colored trims,” Siegal said. “We ordered the black Rebecca Minkoff bags with hot pink trim, and then tomorrow we’re going to the J4 booth to order jeans, which all have different color threaded trims. We picked up shoes at Michael Stars with great low price points and cute gladiator styles, and the Trigger bag has returned at Botkier. This was a great seller, so we picked it back up.”

On the exhibitor end, designers offered an array of items at a mix of price points.

At the Seven For All Mankind booth, the company was launching a high-end denim capsule collection called 7 Series. The collection, which wholesales for $134 and $148, includes four styles — boot cut, flare, straight leg and skinny. Each pair of jeans is handmade with details such as crystal embellishments on back pockets, patches on the knees or thick stitching treatments on the seams. Also, each pair is numbered and only 777 of each style will go into production.

“The collection was created for true denim aficionados who appreciate the skill and artistry that it takes to create a unique, one-of-a-kind piece,” said a spokeswoman at the firm. “The 7 Series features intricate wash and embellishment techniques, which give the jeans a true vintage and artisanal feel.”

Meanwhile, business partners Heidi Cornell and Brad Zions were swamped at the Young, Fabulous & Broke booth. Cornell, who designs the Los Angeles-based collection, was manning her new label, 32 Flavors by YFB — luring buyers in with gelato she was passing out.

“We were doing these great T-shirts for a while within the main collection, but they were getting lost in the mix,” she said. “So we decided to branch out and launch a separate collection.”

The 32 Flavors line consists of racer-back tanks and dresses, fitted T-shirt dresses, crewneck T-shirts and kimono-style tops. The collection comes in a vibrant color array of 32 shades, as well as screen-printed graphics including dragons, peace signs and lightning bolts. The line wholesales from $18 to $70.

At Emma & Posh, Amanda Parenti of The Green Room showroom here was still booking items for immediate deliveries, especially from the new Phillip Bloch by Emma & Posh line of sequined cashmere sweaters for holiday. She said she also has been busy booking select spring items such as crochet-trim cotton and silk cardigans in pale pink and basic black and cream, silk tops and dresses and cotton rompers with braided trims.

“We are doing well with the new wovens,” Parenti said. “We are known for our cashmere, so it’s new for us.”

Retailers also were lined up to see a new line at Showroom Seven here — a collection of contemporary sportswear called Body. The spring line consists of washed cotton jersey dresses, linen jackets with sequin accents, stretch cotton poplin pants, silk jersey tops and cotton sweaters in earth tones such as stone, charcoal, taupe and gray. Body wholesales at between $56 and $200.

Elyse Kroll, chairwoman and founder of Coterie, said she had never seen so much traffic on the first day.

“I registered 1,000 people just this morning. I have never seen a crowd like that here so eager to get in the second we opened the doors,” she said. “It seems that a lot of stores have been holding back and now they are realizing that they have to buy new things or else customers will stop walking in. Also, our international attendance is at a high. With the euro so high, now is clearly the time to buy American product.”