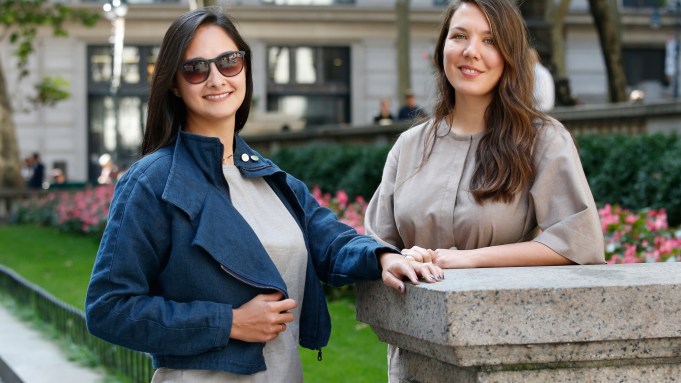 When Elise Ballegeer decided to create her own collection about a year and a half ago, she chose two specific criteria as her foundation.

She wanted to manufacture the line in New York and she wanted to use only natural or organic fabrics with an ecological purpose.

“I also decided to only use environmentally safe and biodegradable fabrics,” Ballegeer said. “I wanted to feel good about what I was doing and I had the feeling of responsibility of what I was putting out.”

She’ll continue those tenets as she looks to expand into men’s wear, more accessories and knitwear.

Ballegeer recently participated in the Designers & Agents: Made in New York Collective, where she was one of a dozen designers sponsored by the New York City Economic Development Corp.

She had been doing styling in Berlin and doing some designing on the side before deciding to pursue her passion, which was creating clothes with a purpose.

“I moved back a year and half ago because I saw the opportunities that New York was providing for young designers,” Ballegeer said in an interview. “I think the environment that was being created in New York offered availability for faster growth.”

Ballegeer runs her business and produced part of her signature collection in the Prospect-Lefferts Gardens section of Brooklyn. She also makes goods at a small shop in the Garment District in Manhattan and at a factory in Brooklyn’s Gowanus neighborhood.

The sportswear collection features items such as a knit muscle-T and briefs made from a hemp and organic cotton blend. The hemp fabric is a certified sustainable biodegradable product.

Ballegeer noted that there are obvious misconceptions about hemp, which is imported because it’s not allowed to be grown in the U.S. She said hemp is naturally antibacterial, which makes it suited for intimate apparel. She feels it’s more breathable and stays fresher longer than cotton.

A group of button-down shirts are made from a super fine organic cotton. Dresses and pants are made with Tencel, which she not only likes for its luxurious hand and drape, but also the closed-loop process under which Lenzing manufactures it, so there’s no water waste and solvents are nearly fully recycled.

There’s also pieces made from a hemp and recycled polyester blend and Hempcel, a hemp and lyocel blend from EnviroTextiles in Glenwood Springs, Colo.

The line retails for $150 to $450. Online e-commerce is a key method of selling, said Ballegeer, adding, “if you’re a small designer, that’s an important way to get your name out there and get some business. It gets your message and vision across.”

Ballegeer has also done a couple of pop-up shops, including one on the Lower East Side for the holiday market with Young & Able, an e-commerce and seasonal pop-up shop platform for independent designers.

“A lot has been through social media and networking,” she added.

At the Made in New York Collective at D&A, Ballegeer picked up orders from two new boutiques in North Carolina and a store in Japan. A key account is Personnel of New York in Manhattan’s Greenwich Village.

Ballegeer said the men’s wear will be extensions of the women’s line using the same fabrics and manufacturing model, while knitwear will require more research to find the right materials and production in New York.