The new year saw a strong start for Fame, where traffic, not to mention energy, was up. 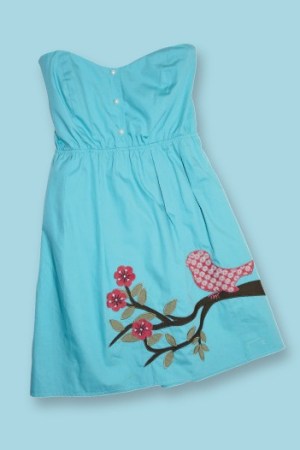 The new year saw a strong start for Fame, where traffic, not to mention energy, was up, specifically by 20 percent in terms of new exhibitors, according to Britton Jones, president and chief executive officer of Business Journals Inc., which produces Moda Manhattan, Fame and AccessoriesTheShow.

Which could explain the prevalence of young businesses on both the exhibitor and retailer sides. Among them was Stephanie Nichols, owner of two Judith March stores in Seaside, Fla., who launched her wholesale collection, called Judith March, at Fame. The response was beyond what she expected. “I was so worried because I put everything into production before the show. I’m kind of a gambler,” said Nichols, whose bright summer dresses wholesale from $19ww to $36. “But it’s been unbelievable. People have been saying they can get a great markup [on my prices].”

Monica Domantay, director of sales for The Addison Story, a New York-based contemporary label that wholesales from $28 to $60 and launched in August, also reported strong sales. “Traffic is good. We were swamped here yesterday,” she said of the show’s opening day, something she attributed to accessible price points. “At Fame, there are a lot of competitive price points around. Most people buy one or two more expensive pieces and then stock up with basics under $30.”

Indeed, retailers seemed pleased with the level of product available at Fame price points. “The prices are fabulous,” said Anh Nguyen, who opened Jack and Jill Boutique in Philadelphia a year and a half ago, and was looking for lightweight neutrals, softer baby colors and easy-to-wear dresses at Ryu and Mine.

Meanwhile, Lisa Semerjian, who plans to open a store called Art of Decoration in Berwyn, Pa., in March, was surveying the show before making any buying decisions and planned to keep her stock under $150 at retail. “People aren’t buying expensive things anymore,” she said. “In our area, it’s J. Crew and preppy with an edge. We’re loving the embellished pieces here and items with lace peeking out under skirts.”

As for a more seasoned opinion on the show, Aaron Zoref, president of New York-based showroom Studio A, who said racer-back tanks with zipper details were strong sellers for Collective Concepts, noted “since the change in the economy, this show is the best thing. Everything is a margin builder; $58, $68, $78, $88 with a 2.5 percent markup. It’s like In-N-Out Burger.”