Fetherston has been tapped as guest designer and creative consultant at Juicy Couture. 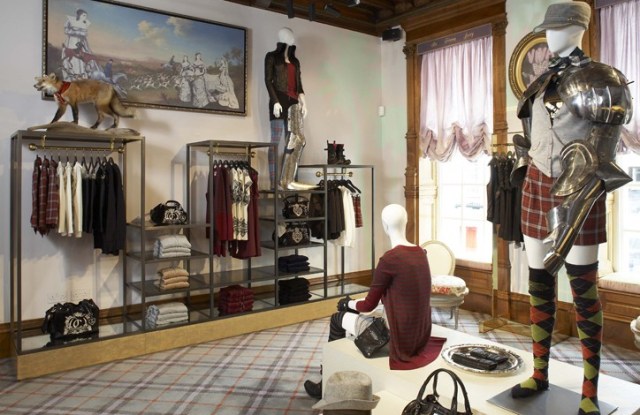 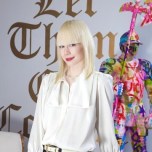 Erin Fetherston, a favorite designer of actresses such as Kirsten Dunst, Zooey Deschanel, Anne Hathaway, Winona Ryder and Cameron Diaz, has been tapped as guest designer and creative consultant at Juicy Couture.

This story first appeared in the April 21, 2010 issue of WWD. Subscribe Today.

A California native, Fetherston plans to design the Juicy Couture line until the end of 2011, which will encompass the summer-fall 2011 and holiday 2011 collections. She begins May 1.

“We are confident we can inject some of Erin’s design talent into holiday 2010,” said Edgar Huber, president of Juicy Couture, in an exclusive joint telephone interview with Fetherston from the company’s Los Angeles office. Fetherston, known for her feminine, whimsical and ethereal designs, will get the ball rolling with a few exclusive limited edition pieces for holiday 2010.

Fetherston will continue to design her six-year-old namesake designer collection.

Earlier this year, co-founders and co-designers Gela Nash-Taylor and Pamela Skaist-Levy gave up day-to-day responsibilities and took on nonoperating creative roles at Juicy Couture, a division of Liz Claiborne Inc.

With its wit, bold colors and imaginative in-store presentations, Juicy Couture has branched out beyond contemporary sportswear to children’s wear, fragrances, accessories, handbags, sleepwear, footwear and jewelry. Its U.S. accounts include Bloomingdale’s, Neiman Marcus and Saks Fifth Avenue, and its network of stores include freestanding units in the U.S. and abroad. The Juicy Couture business generated $540 million in sales last year.

“I think this is an incredible opportunity. I relate to their fun-loving sense of irreverent, feminine fashion,” said Fetherston. The designer will continue to live in New York City, where her designer collection is based, but will spend a lot of time working with Juicy’s design team in Los Angeles, she said.

Juicy Couture, which has had phenomenal growth since its 1996 founding, has slowed in the apparel area, as stores have complained in recent seasons about quality and fit. In recent months, retailers have said the apparel needs to be reenergized and move beyond the iconic track suit.

Nordstrom, for example, has passed on the Juicy Couture apparel line for fall. According to a Nordstrom spokeswoman, “Juicy Couture is still a great partner, even though we do not have orders placed for Juicy Couture women’s apparel for fall. We will continue to look at the apparel collection for the holiday season, and we are currently carrying Juicy Couture in many other categories besides women’s apparel including handbags, small leather goods, sunglasses, jewelry, watches, swimwear and kids’ wear.”

The quality of the Juicy Couture collection, which has been sourced by Li & Fung since last summer, is said to have led to many disagreements between Skaist-Levy and Nash-Taylor and Claiborne management. However, Huber defended the apparel line’s quality.

“The quality is still very good in the Juicy collection,” he said, adding the company agreement with Li & Fung is flexible and allows it to choose the best partners it needs, depending on the category.

Asked whether Fetherston will work with Skaist-Levy and Nash-Taylor, Huber said, “Pam and Gela are aware of Erin’s appointment, and they support the choice.” He said they will continue to be creative consultants to the line.

Fetherston won’t be getting involved in designing the more upscale line, Bird by Juicy Couture. That collection, which was launched at retail last fall, is a separate division designed by a team of designers, and is sold in stores such as Bergdorf Goodman, Neiman Marcus and Saks Fifth Avenue. The company views Bird “as a strategic growth opportunity for the wholesale channel.”

Looking forward to the new opportunity, Fetherston described her mandate for Juicy Couture. “I plan to stay true to the Juicy Couture DNA. There are exciting and innovative ways for me to contribute. I love the brand’s feeling,” said the designer, who grew up in the Bay Area and wore Juicy Couture in high school. “Something I find very exciting is the Juicy Couture [velour] track suit is coming on its 10-year anniversary. It’s such an iconic piece in fashion, and I’m so excited to work on the track suit.” Part of her role will be to give the track suit a fresh and modern take.

Although her title is guest designer and creative consultant, Fetherston considers it a full-time job. “I’ll be giving all my attention to Juicy. I’ll be doing two full-time jobs,” she said.

Fetherston’s own brand, which does under $10 million in sales, is positioned as a designer label and addresses a different market. Fetherston said there would be a natural crossover between the two customers. “It’s exciting for me to dress the Juicy girl, which is a very large audience,” she said. “This is an amazing opportunity. I’ve always admired the Juicy Couture brand. They’ve had incredible growth in such a short time. It’s an incredible honor to work here.”

Asked how Huber became aware of Fetherston, he said they were introduced by Karen Harvey of Karen Harvey Consulting, the executive recruitment firm, last October. Huber said there are no plans to have permanent guest designers, and Fetherston “will come in and make a strong contribution to the brand until the end of 2011.”

“We don’t want it to be a revolving door for guest designers, à la Target and H&M. We found a great fit with Erin,” said Huber. As for what happens after the collaboration ends, that hasn’t been decided. “We are always looking for ways to integrate the best creative talent into our brand. We look forward to seeing what the collaboration will bring,” he said.

On Tuesday, Fetherston spent the day meeting the designers and taking a tour of the Los Angeles offices.

Fetherston, who graduated from University of California–Berkeley, went on to study fashion at the Parsons The New School for Design in Paris before launching her own line. Her designer collection hangs near lines such as Nina Ricci, Lanvin and Stella McCartney, and 3.1 Phillip Lim in some stores. She sells both international and U.S. department and specialty stores. In 2007, Fetherston did a capsule collection for Target Go International. Her network of friends has been a boost to her label. In fact, her best friend and Paris mentor, Ellen von Unwerth, shot a whimsical film featuring Dunst, which played on a loop during the designer’s fall 2006 show.