The independent record label has a new location in Williamsburg and a new spring 2017 apparel collection. 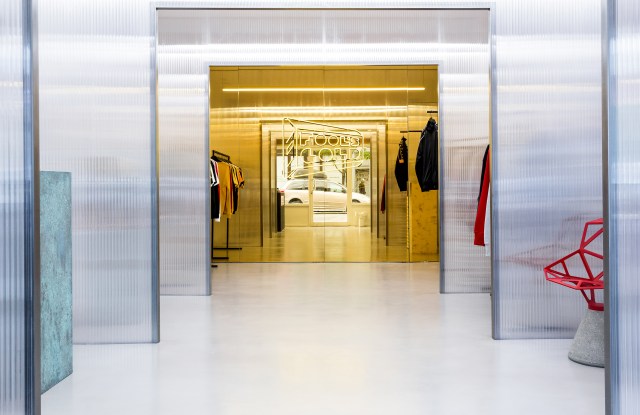 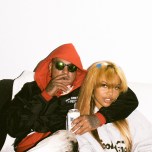 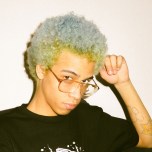 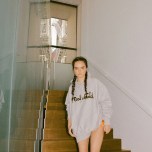 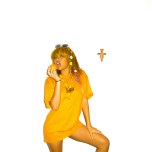 DJs and producers Alain Macklovitch, better known as A-Trak, and Nick Catchdubs founded Fool’s Gold, an independent record label, 10 years ago. At the time, they had no idea the business would evolve into a full lifestyle company that includes an apparel collection, a Beats 1 radio station on Apple Music, and an events company — Fool’s Gold is known for its one-day festival called Day Off, which takes place in multiple cities.

“I don’t think that when we first decided to start a record label we thought we would have a shop,” A-Trak said. “But we were always fans of labels that were consistent brands and the kind of labels you wanted to represent with your clothing. So everything has been a pretty natural progression.”

Fool’s Gold opened its first store in Williamsburg, Brooklyn, in 2011 but shut it down in November to focus on a new, larger space at 147 Grand Street. The shop, which was designed by Family New York, the architecture firm responsible for Off-White’s stores and the floating stage Kanye West performed on during his Saint Pablo Tour, is stocked with Fool’s Gold apparel and accessories along with vinyl records. And there’s a space in the store dedicated to old Source magazines published between 1999 and 2003.

“Those aren’t for sale. It’s just something to put people in a certain state of mind,” A-Trak said.

Fool’s Gold introduced merchandise as soon as they launched the label, but last November, they released their first seasonal collection. A-Trak said the spring 2017 line references New York institutions that were popular during the late Nineties including Yellow Rat Bastard, a streetwear shop, and Transit, a sneaker store. The line includes T-shirts, hoodies, coach jackets and track suits that are priced from $34 to $108. They also sell Fool’s Gold tchotchkes including notepads, shot glasses, coffee mugs, pens and socks. The product is produced with various manufacturers.

While they are investing more energy into the apparel brand, A-Trak said the core of the business is still its record label.

“We are not trying to be a fashion label,” A-Trak said. “We aren’t trying to pivot from what Fool’s Gold stands for, but we have a keen sense of who our audience is and what they like. So that’s why we are making clothes.”